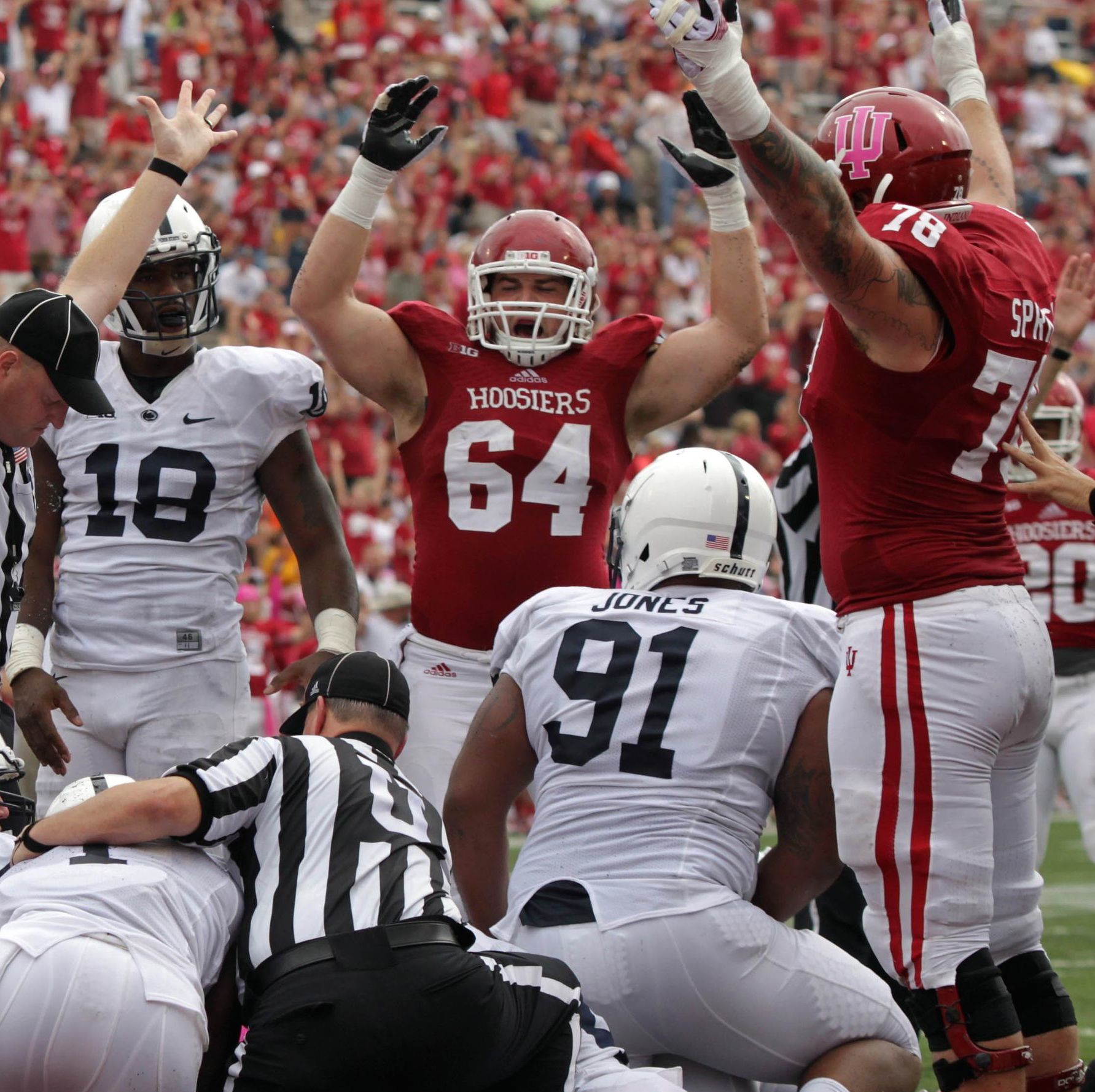 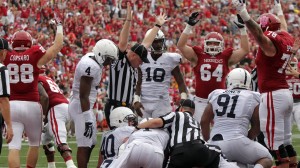 We have already discussed the importance of explosiveness, efficiency, and field position.  We will now examine the significance of finishing drives.

Bill Connelly of Football Study Hall uses a self-explanatory statistic called “Points per trip inside the 40.”  In the research below, I preferred to use “Points per trip inside the 35.”  The reason for this is that I would expect the maximum range of a collegiate field goal kicker to be closer to 52 yards as opposed to 57.  I believe this is fair when considering the range of former Indiana kicker Mitch Ewald.

Two of the biggest factors when looking at finishing drives are the number of drives inside the 35 and the aforementioned “points per trip inside the 35.”

Obviously the more times your offense reaches the opponent’s 35 yard-line, the more points your offense should score.[ref]This is why speed dating is popular.  Sometimes quantity beats quality.[/ref]  Even with a poor offense, reaching this extended red-zone increases the likelihood of scoring points. Maximizing trips inside the 35 is imperative to an offense’s success. A running back breaks a tackle. A receiver makes an incredible catch. The defense is caught out of position. A cornerback slips and falls while providing coverage. A number of reasons can give an offense the opportunity to score. Having a short field doesn’t allow the defense the space to correct their mistakes. It gives the offense the best chance to score.

The second factor to consider is “points per trip inside the 35.” Consider the following two offenses. The first offense drives inside the 35 yard line 8 times in a game and settles for a field goal each time. The second offense drives 8 times inside the 35 and scores 4 touchdowns and has 4 turnovers. Despite only scoring 4 times, the touchdown offense scores 28 points[ref]Assuming each extra point is good[/ref], while the field goal offense scores in all 8 trips, but only has 24 points.

It’s not Earth-shattering to assume that making more trips deep into opponent territory and making the most of those opportunities is highly beneficial to an offense’s success. On Football Study Hall, Bill Connelly looked at the 2013 NCAA season to determine just how important these factors are.[ref]Connelly’s numbers are based on the 40-yard line instead of the 35.[/ref]

How did the Hoosiers fare on finishing their drives in the 2013 season? As expected, the offense was slightly above par[ref]FBS schools averaged 4.24 points per possession inside the 40 yard line and the median was 4.28 according to Bill Connelly.[/ref] averaging 4.88 points per trip inside the 35, excluding garbage time.[ref] IU averaged 4.93 points per trip in Connelly’s calculation.  The slight difference is due to the 40 yard line cutoff and slightly different garbage time rules[/ref].  The number of possessions is relatively small, but this should be expected with the explosiveness of the Hoosier offense capable of long touchdowns.

Of course, the defensive numbers are exactly what one would have anticipated. Opponents frequently traveled deep into Indiana territory and when they arrived, they didn’t leave too often without making their mark. 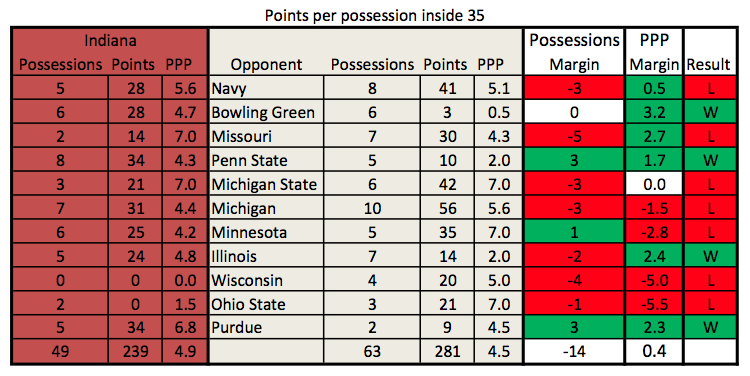 Looking at the table[ref]As always, this filters out any garbage time[/ref] above, the following facts stand out:

What should we expect from the upcoming season? For a successful season, the offense must maintain a high PPP. With the only offensive personnel losses in the receiving core, the offense should continue at a high level of play. If anything, I would expect a slight downtick in the explosiveness of the passing game resulting in fewer deep touchdowns and more possessions in the extended red-zone. Overall, the offense should remain as high-scoring as last year.

Defensive improvement in the extended red-zone is imperative for the Hoosiers to have a successful season. The IU defense must develop, but let’s not expect a huge improvement. Indiana will still give up yards and they will give up these yards in chunks. Out of the 63 possessions that opponents entered the Indiana 35 yard-line, a touchdown or field goal was scored on 45 of these possessions. A touchdown was scored on 37 possessions, roughly 59% of all possessions entering this extended red-zone area. Don’t expect Indiana to be an elite defense, but moving to a “bend and don’t break all the time” defense would be an improvement.  With the underclass athletes mixed in with some seasoned veterans and Brian Knorr’s reputation, this should be entirely reasonable.

Tomorrow we will wrap up our Five Factors with a look at turnovers.