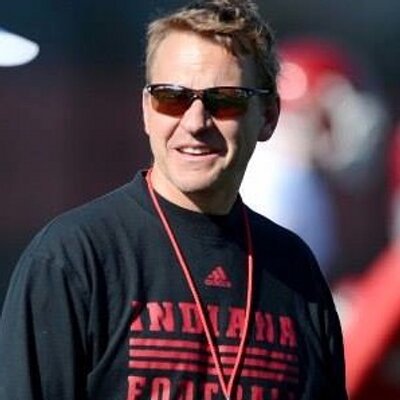 Most Hoosier fans I talk to seem to be cautiously optimistic about IU’s defense heading into 2014. The optimism is based on some combination of (1) “We’ve got a new one-gap 3-4 system and a defensive coordinator hired on merit!,” and (2) “All that young talent is growing up!” After enduring years of defensive ineptitude, maintaining a positive outlook is admirable.  But is it reasonable?

I buy both arguments in favor of defensive improvement, but a dose of reality and perspective is probably in order. [ref] Sorry, I know August isn’t about “reality and perspective” in the college football world.  I write this stuff mostly to manage my own expectations. [/ref] The unfortunate reality is that the defense could be better and still be below average.

Take last season, for example. Using Bill Connelly’s Defensive S&P+, a tempo-free, opponent-adjusted metric, the defense improved by just under 10%, from 84.6 in 2012, good for 114th in the nation, to 93.0 in 2013, 96th in the nation. If the defense improved at a similar clip in 2014, its DS&P+ would be around 102, which would have put them right around 73rd in the country last year, still below average in the NCAA (and well below average among Big 5 conference teams).

I think what most IU fans have in mind when they think of an improved defense is something like the 2007 defense, which ranked 57th in DS&P+ or slightly above NCAA average.  We don’t expect to be Alabama. In the short-term, we’re looking for competence.  While we all hope excellence arrives one day, most IU fans are reasonable enough not to expect it in 2014.  Merely attaining defensive competence, however, may be more difficult than you might think.  Reaching a 2007 DS&P+ level in 2014 will likely require an DS&P+ of slightly more than 106, approximately a 14% improvement on 2013. Just how likely is such an improvement?

To answer that question, I looked at the percentage change from one year to the next in DS&P+ from 2006-2013. The chart below shows the number of teams per year that increased or decreased by various ranges:

A few other highlights from my review of the year-to-year DS&P+ numbers:

Getting back to IU, based on these numbers, it is more likely than not that Indiana will improve or regress within 10% of their 2013 DS&P+. To improve by 10% of more and approach the 2007 level of performance, the Hoosiers will have to do what only about 1 in every 5 teams (22%) has done.

There are certainly reasons to believe IU could be one of the 22%. For one, just last year, Brian Knorr orchestrated a huge turnaround at Wake Forest, improving Wake’s DS&P+ by 27% from 90.7 in 2012 to 115.1 in 2013.[ref] The bad news? Knorr was also Wake’s DC in 2012, as well as in 2011 (when their DS&P+ was 93.2.)  So it takes him three years to get his system in place…look out in 2016! [/ref] Ten starters are back, and if any development has occurred in the offseason, the defense should have more quality depth than at any point in recent memory. Also, as discussed in the turnovers post a few weeks back, an argument can be made that IU’s defense is due for a little turnover luck.

That being said, the most likely outcome remains a slight improvement[ref] Or God forbid, a slight regression.[/ref] from 2013. In the first year in Knorr’s new system, there will be low points. Much of the talent remains young and relatively inexperienced. Keep an eye out for individual improvement and enjoy signs of progress, however small. As Billy pointed out last week, even a slight improvement could be the difference between 5 wins and the all-important 6th.