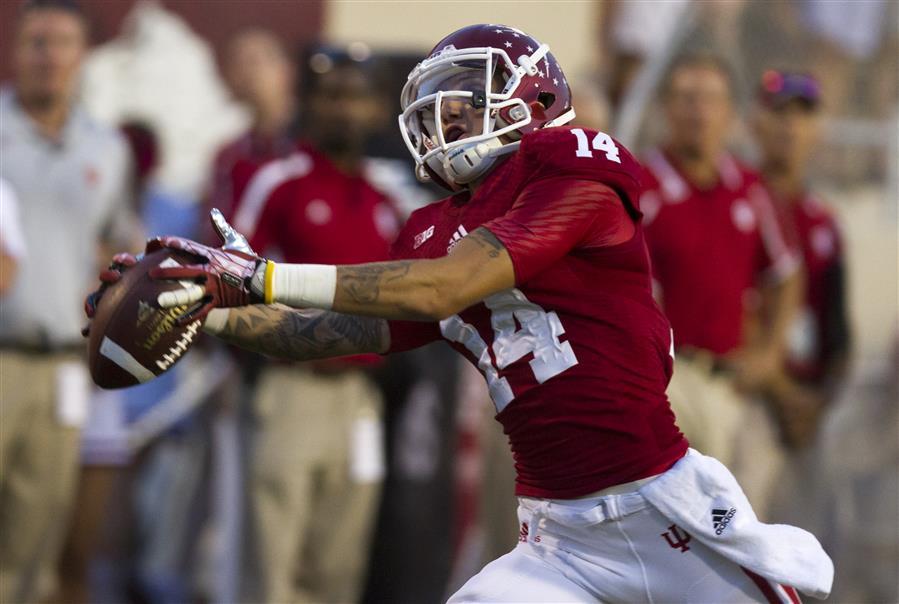 It seems like the Indiana State game was months ago, doesn’t it?  After what has apparently only been a week off, IU returns to the field on Saturday, which means it’s time for the second installment of the PJP Over/Under Game.

For those who missed the action in Week 1:  every week, we’re going to post seven over/under “bets.” Six of those over/unders will relate to that week’s IU game; the seventh will relate to something else going on in the B1G that week. You will read them, ponder them, roll them around in your mind for a while and then sometime before that Saturday at noon, you’ll send us an email at puntjohnpunt@gmail.com, tweet us @puntjohnpunt or post a comment with your picks. A simple chain of O’s and U’s will do.

The standings after Week 1 can be found here.

Background: There were 161 total plays in last year’s game.  Bowling Green ran 71 plays in each of its first two games this season. IU ran 87 plays against Indiana St.  IU averaged 77 plays/game in 2013.

Background: The pair combined for 5 targets in the Indiana St. game. “Targets,” as you might expect, are the amount of times the ball is thrown in the direction of a given receiver (catches are included).  We will use the official IU play-by-play data to determine targets (it notes the intended receiver of incomplete passes).

Background: Richardson had 3 sacks against Indiana State. The senior now has 8.5 sacks in his career.

Background: B1G teams play 5 games against Power 5 conference opponents this week, two in which the B1G team is favored (WVU at Maryland, Iowa St. at Iowa) and three in which the B1G team is the underdog (Minnesota at TCU, Illinois at Washington, Purdue vs. Notre Dame in Indianapolis).  If the under takes this one, we can all look forward to another week of B1G bashing…

Get those picks in.  Good luck and Go Hoosiers.