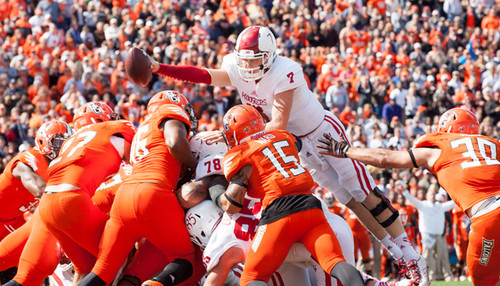 Well, that wasn’t fun, was it?

In a game that Indiana really needed to win to make a bowl game, they lost.  It’s nothing new for the Hoosiers who have been losing to MAC schools for a while now.

While it was a bad loss in terms of momentum, a bowl game, pretty much everything, let’s examine the numbers and see where things went wrong.

What?!  The Hoosiers won?

However, it was kind of fluky.  No, IU didn’t deserve to win.  But they played well enough to win.  Bill Connelly examined the 5 factors below from the 2013 season and also added that other seasons were very, very similar.

Indiana played well enough to win by about a touchdown, but didn’t take advantage in putting Bowling Green down when they had the opportunity.  As a result, the Hoosiers head to Missouri with a 1-1 record.