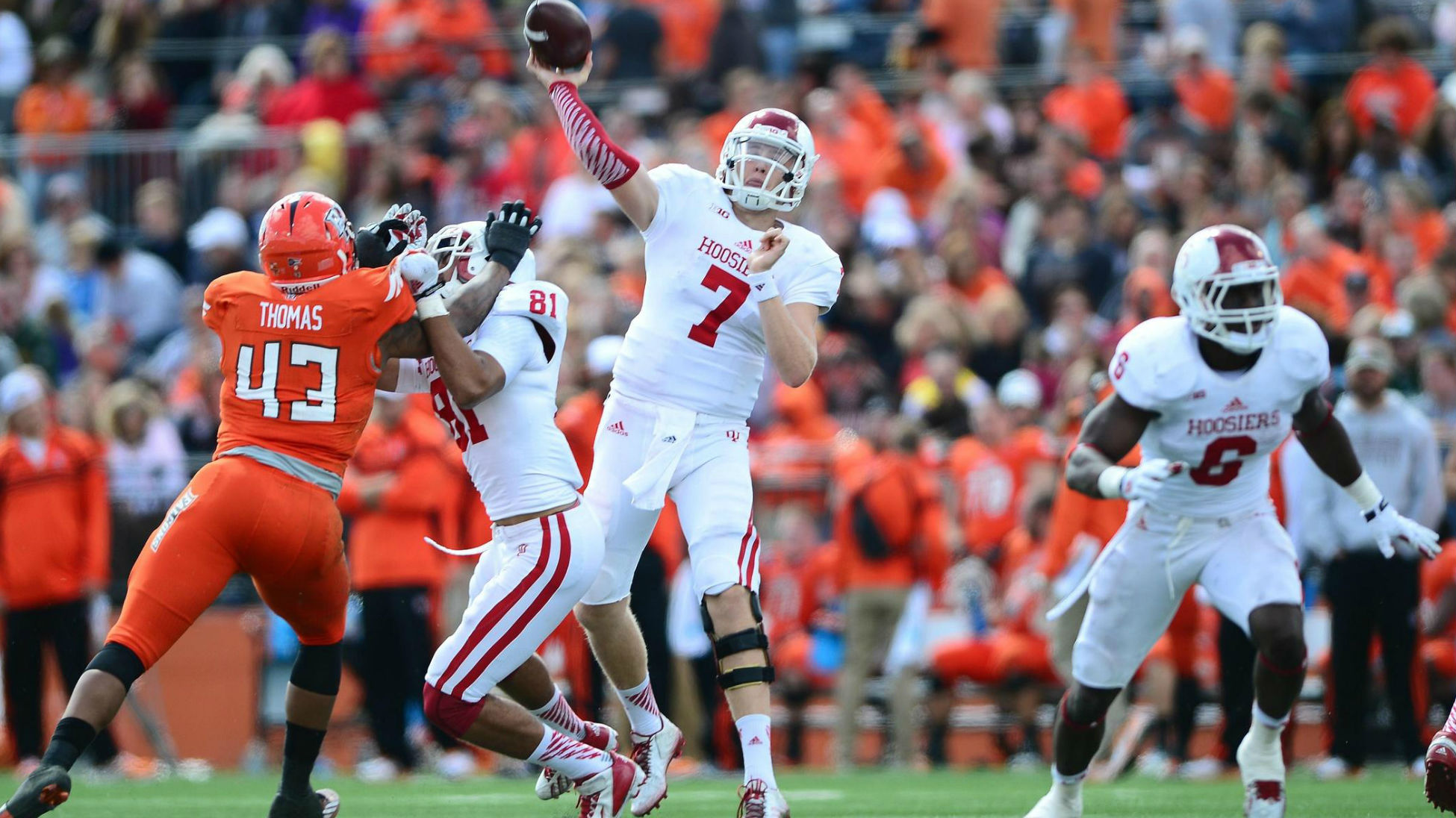 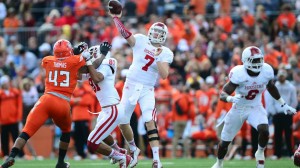 Saturday was rough.  Over/under included.  Nobody did better than 4 out of 7.  Let’s take a look.

Bowling Green ran 113 plays. If you ask Maryland head coach Randy Edsall, this is evidence of something horribly wrong with college football.

Or maybe it just means IU’s defense (for the most part) did a decent job of keeping Bowling Green in front of them, while doing a poor job of getting off the field on 3rd down. And Bowling Green likes to run plays quickly. And IU scored quickly in the 2nd half.

Half of you called this one.

After the Indiana State game, it stood to reason that The Kevins (Wilson, Johns) would emphasize getting Wynn and Stoner the ball in the passing game. 22 targets later, mission accomplished. Part of the plan seems to have been to cut down rotations at wide receiver. Stoner, Wynn and J-Shun Harris saw the lion’s share of the snaps, instead of the roughly 50/50 split in Week 1 with Simmie Cobbs, Isaiah Roundtree and Ricky Jones. The next frontier: getting Stoner and Wynn into the end zone. [ref] Oh Shane, why couldn’t you keep your tiny little foot in bounds?! [/ref]

Three of you got this one right.

Sudfeld looked crisp and confident on Saturday, in what Coach Johns referred to as one of his best games. IU’s success rate on passing plays was almost exactly the same as last year’s Bowling Green game[ref] You know, the game we won 42-10.[/ref] and was well above the 2013 season-long rate of 44.4%.  Rumors of the passing game’s demise were greatly exaggerated.

The defense actually forced three consecutive unproductive drives in the 1st quarter. And then forced one more the rest of the game, thanks to Mangieri’s 3rd quarter interception.[ref] Toth’s shanked punt led to a scenario where BG only picked up one first down and then made a long field goal. While certainly debatable (because the defense did it’s job), we ultimately decided to count this a productive drive for BG. It didn’t impact the outcome of the over/under.[/ref]

Five of you had faith in IU’s defense (all evidence to the contrary) and in this narrow circumstance, your faith was rewarded.

Bobby almost settled this bet on BG’s first drive…but he didn’t quite get home. A near miss on a day of near misses by the IU defense.

Six of you were almost right (while two of you actually were).

Sigh. At this point, I think I’d take under .5 made field goals for Del Grosso’s season.

Only two of you foresaw the continued kicking futility.

Six of you forgot that that the B1G is the worst conference of all time. Next time, pay more attention to ESPN.

The standings after Week 2 can be found here.

Look for Week 3 Over/Unders on Thursday. You better believe pass interference penalties on the defense will be one.[ref] The early line: over/under 15. [/ref]