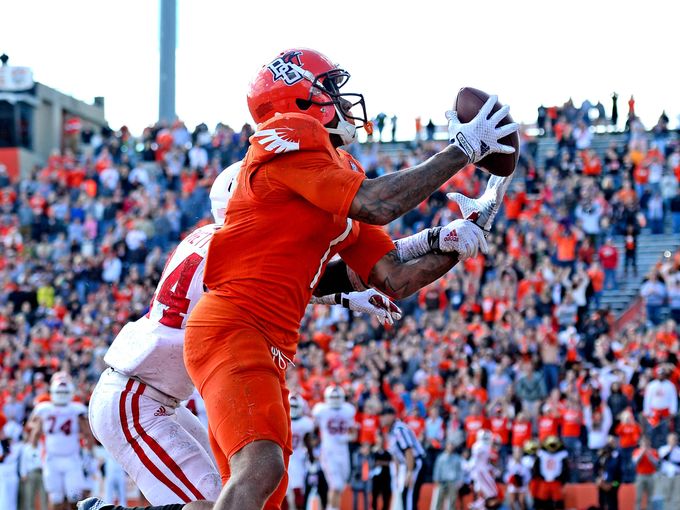 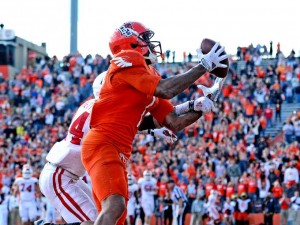 I went back and watched the Bowling Green game so you wouldn’t have to.  My thoughts on the defense:

Boundary ILB (“WLB” in the depth chart): David Cooper, Marcus Oliver and Greg Gooch (I believe Gooch only played for one series)

To counter BG’s blistering pace, Knorr rotated personnel regularly.  The defensive line and linebackers frequently rotated once if not twice per possession.

On passing downs, Chris Cormier replaced Green or Hoff at DT, Mangieri played DE, Latham lined up at the other DE and Shaw played bandit. The ILBs were generally Oliver and Scales. In about half of these passing situations, Hardin came out in favor of nickel corner Kenny Mullen.

Similar to Indiana State, Bowling Green ran primarily 4 WR sets, sometimes with trips to the field, other times with 2 WR to each side. They occasionally used 3 WRs and tight end lined up in the traditional position outside of the tackle, and other times lined up their tight end as an H-back.

In response, IU lined up generally the same as in Week 1, which I described here.

One minor change: on a few occasions, Antonio Allen lined up just a few yards off the LOS opposite a slot receiver. This look indicated man defense, but at least once I noticed that Michael Hunter (the corner outside of Allen) backpedaled into a deep zone and Allen took the short outside zone. The benefit of this wrinkle is Allen destroying wide receiver screens.

The First Half – Hey, We Have A Defense

The plan – confirmed by Brian Knorr on Monday – was to limit blitzing because of BG’s screen game and their empty set, quick passing game. This plan only works if you get pressure using your four rushers. IU may not have racked up sacks and knockdowns in the first half, but they generated enough pressure to slow down the BG attack. By my count, IU registered 4 hurries in the first half, in addition to a Nick Mangieri sack.

By deploying 7 or 8 defenders in coverage, IU was well-positioned to limit BG’s big plays. A 26-yard pass was the biggest chunk registered by the Falcons in the first half.

All that being said, there were flaws, the most glaring of which was Bowling Green consistent success in the short to intermediate passing game. In particular, Ryan Burbrink, usually lining up as the inside receiver of trips to the field side, victimized IU’s linebackers (usually TJ Simmons) with short hitches and slants, catching 3 on the first drive alone.

There were also some tackling issues. Tony Fields, playing in the box as the boundary safety, missed a tackle that led to a 19-yard run by Travis Greene[ref] I should note that Fields also had a touchdown-saving (or I guess, delaying) tackle on the last drive of the game when Tim Bennett missed a tackle on Roger Lewis.[/ref]  Zach Shaw whiffed on Fred Coppet, only to have Antonio Allen fly up from his safety spot and cover up Shaw’s mistake in a big way. Knapke broke contain twice, an issue that absolutely must be addressed before they face Maty Mauk.

Still, IU held BG to 86 yards rushing in the first half. Offenses usually get that in one or two runs against IU. BG scored 12 points, but their 4 scoring drives totaled 150 yards (and the last two were 16 and 29 yards respectively). I think we’d all take this level of performance for the rest of the season.

It didn’t last. Whether due to fatigue or Bowling Green adjusting its protection, IU’s defensive line stopped generating pressure. To compensate, IU blitzed more, but never got home. In fact, the only time IU managed to get a free blitzer in on Knapke, safety Chase Dutra missed the tackle and what would have been a 4-yard loss became an 8-yard gain.

And oh, that secondary. It wasn’t just the pass interference penalties (but we’ll get to those in a minute). Tim Bennett badly misplayed a deep hitch and lost outside contain, leading to a 40-yard TD for Ronnie Moore. On BG’s other long TD pass, it’s unclear exactly what the coverage was, but either both Michael Hunter and Antonio Allen or just Antonio Allen were responsible for Ryan Burbrink’s wheel route. Hunter appeared to be playing a short zone, but he also didn’t seem to notice Burbrink’s route. It’s possible he was supposed to pick up any receiver running a vertical route. Regardless, Allen was either playing a Cover 2 or a Cover 3 and should have reacted more quickly to Burbrink, especially considering there wasn’t another receiver threatening the deep middle.[ref] I should also give credit where credit is due. Dino Babers and his offensive staff clearly made a decision to throw the ball down the field in the second half. Boy, did it pay off. [/ref]

Now we have to talk about the penalties. Seven of IU’s 11 penalties were called on the defense. The penalties garnering the most attention are the 4 pass interference penalties called on IU cornerbacks in the second half, two of which came on the final drive. On the PI penalties, let me first say that it must be incredibly difficult to play cornerback in modern football. The receivers are big, strong, fast and (most importantly) know where they’re going…and you can hardly touch them without drawing a flag. On top of that, when a cornerback makes a mistake, EVERYONE knows it.  In short, it’s a tough job.

That being said, not all pass interference penalties are created equal. Some are far more justifiable than others. If the corner is locked in man coverage with no safety help and the receiver gets a step, by all means, interfere. Given the college rule (a 15-yard penalty as opposed to the NFL’s spot of the foul), it makes perfect sense to take the penalty over big play or a TD. Likewise, I don’t mind pass interference penalties where the corner is aggressively making a play on the ball. These plays probably shouldn’t be penalized but often are. An aggressive play that has the upside of an interception but the downside of a 15-yard penalty is a risk I think most coaches would encourage their corners to take.

On the other side of the spectrum are pass interference penalties incurred by corners with safety help over the top. If the receiver has a step on the corner, but a safety is there to assist, there is no reason for the corner to interfere. Unfortunately, two of IU’s four PI’s came in that situation. In both cases, the corner (Michael Hunter in one instance, Kenny Mullen in the other) had decent but not ideal position and used an arm to impede the receiver’s progress, despite the fact that Antonio Allen was providing safety help and was in good position to lower the boom on the receiver if the ball got there. In that case, the better play is to make the receiver bring the ball down in double coverage. Interfering only bails out the quarterback and the receiver.

The second-most frustrating type of PI is when a corner is running with the receiver and is in good position, but simply fails to use the proper technique to break up the pass. Usually, this means the corner (a) never turned to look for the ball or (b) turns his shoulder closest to the receiver to locate the ball, making contact with the receiver in the process. Rashard Fant committed type (a) in the 3rd quarter; Michael Hunter committed type (b) on BG’s last drive.  On Monday, Knorr talked about cleaning up technique in order to avoid penalties.  Avoiding these types of pass interference penalties will be evidence of improvement.

No one expected the defense to be fixed in one offseason, but the first 3 halves under Brian Knorr provided a glimmer of hope. The relapse that was the second half against Bowling Green doesn’t mean this group can’t continue to improve. We just shouldn’t expect it to be a linear process.

Let’s end on a positive note: