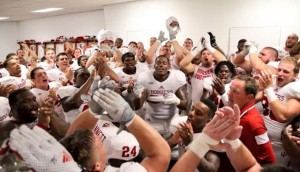 How about those Hoosiers?!

One week after an embarrassing loss to Bowling Green, Indiana responded with one of their best performances in recent (and not so recent) memory.

The offense remained steady, even during the period of time Tevin Coleman spent in the locker room.  The defense pressured Maty Mauk and was consistently making plays in the backfield.

Let’s dive into the numbers. 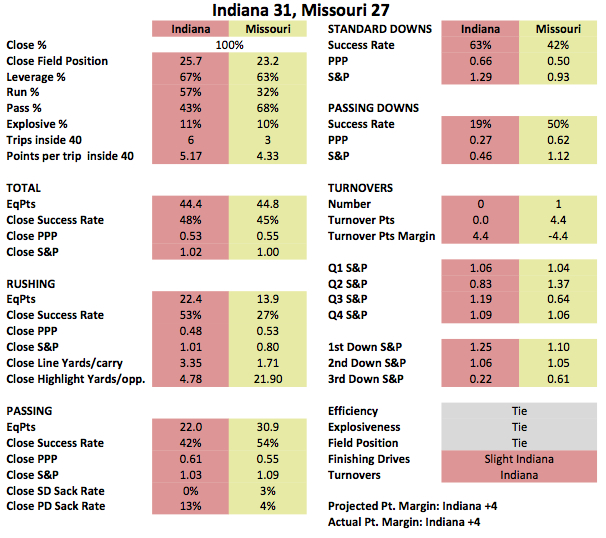 This was about as close of a game as 2 teams can play.  Unlike the 2004 Oregon game where Indiana benefited from a highly generous Oregon team, this victory was hard earned.  The Hoosiers lost a game most thought they would win[ref]Bowling Green[/ref] and won a game  everyone thought they would lose.[ref]Missouri[/ref]  With an important game on deck against Maryland, a bowl game is again very much on the table.

We’ll track the projected and actual winners for the season on the Schedule page.  You can check it out it here.

Tomorrow, we’ll have the results of our Week 2 PJP over/under game.