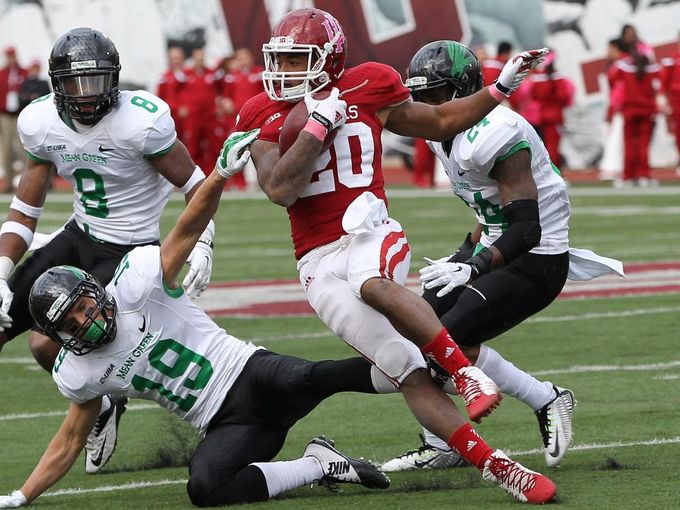 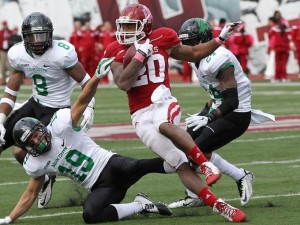 The Hoosiers won and won big.  It was a game that allowed Nate Sudfeld and his pass catchers (hello tight ends) to get back on track.  It was also a game for the defense to take a step forward, just as they did against Missouri, following the problems against Maryland. 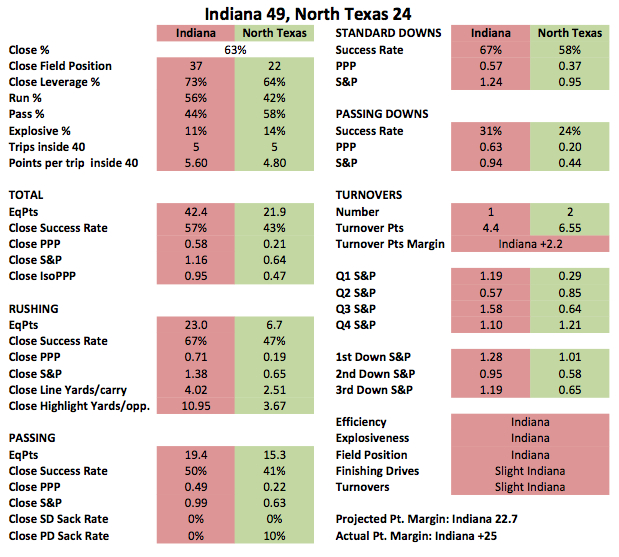 This game went into garbage-time when D’Angelo Roberts ran in the touchdown on 3rd and 3 in the 3rd quarter.  This occurred with 7:25 left in the quarter.  Therefore, everything prior to (and including) this play is included in the “close” stats.  Everything afterwards is not.  Sorry Chris Covington.  You did a very nice job though.