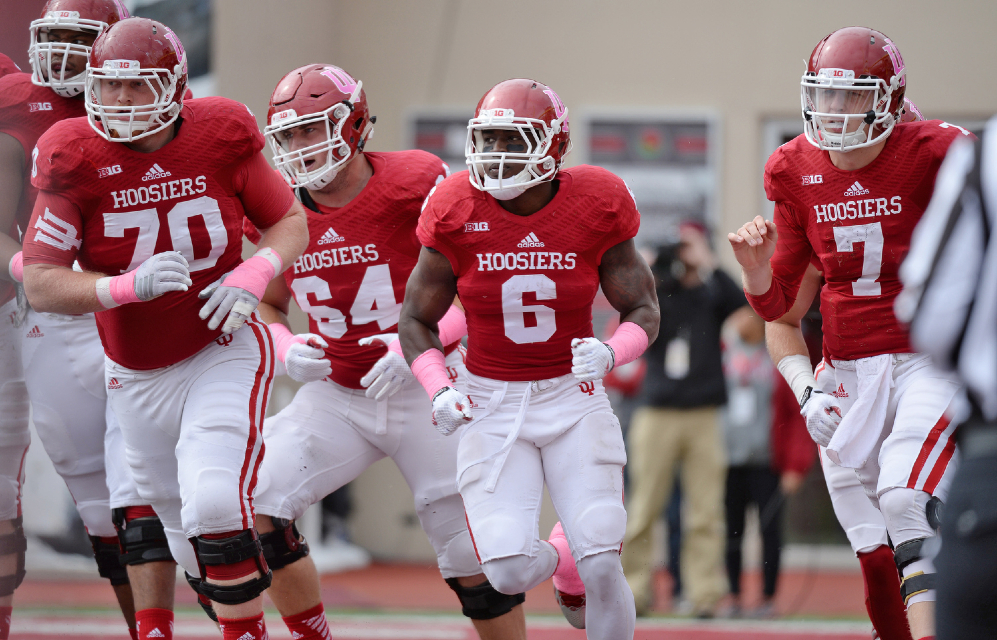 Another perfect week in the O/U game.  For the record, IU is 2-0 when someone goes undefeated on their O/U picks.

But those two were BIG (Wynn for 45 and 76).  For the most part, Sudfeld was content to pick apart the Mean Green with short passes.  Other than the two passes to Wynn, Sud’s other 21 completions went for 109 yards, or an average of just over 5 yards per catch.

Only 3 of you saw this coming.

North Texas was fairly successful[ref]By North Texas standards[/ref] moving the ball, but this was still a good job by the Indiana defense.  For reference, the 64th ranked team in success rate out of 128 teams has a percentage of 43.8%.  Indiana holding any team, even a bad one, to below this amount is a victory in itself.

Isaiah Roundtree made 6 grabs for 29 yards, J’Shun Harris notched one for 8, and…that was it.  It didn’t help that Harris left the game on the second play from scrimmage with a concussion.  I was surprised that we didn’t see more of Simmie Cobbs and Dominique Booth in the passing game[ref] I still think those guys will play a role going forward.[/ref], but the tight ends and Tevin Coleman picked up the slack on Saturday, catching 8 balls for 63 yards and a TD.

Three of you got this one.

Eight of you saw this bounce back for the IU offense.

Even split on this one, and 5 Overs had it. Six Hoosiers contributed to the total of 7, their second-highest total of the season.[ref] They had 8 against Bowling Green.[/ref] Shockingly, Timmy B only tallied 1 of them.

We’ll have to wait at least another week for that first big return.  Shane Wynn and Damon Graham combined to average just under 19 yards on 5 returns.[ref] Graham also fumbled one of his returns. Glad he got it out of the way in the 4th quarter against North Texas.[/ref]

Seven of you were right to place little faith in IU’s kick returners.

Eight of you nailed this one. Raise your hand if you thought Purdue would be one of those two winners? No hands? That’s what I thought.

The standings after Week 5 can be found here.