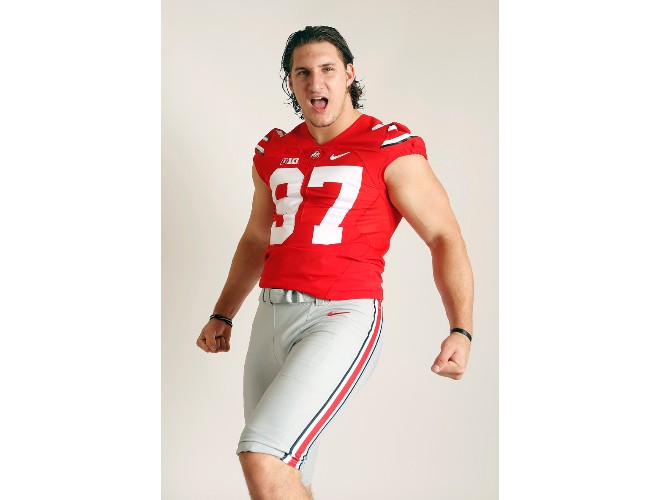 It is that annual week again.  Don’t worry, we will all get through it together.  And while we are at it, won’t you submit your guesses for this week’s PJP over/under game?

As always, post your picks in the comments, tweet them to @puntjohnpunt or email them to puntjohnpunt@gmail.com.

Background: Last week, the Indiana offensive line had 4 penalties called on them.  Let’s go through the Jason Spriggs trifecta: holding, personal foul, false start.  He was a chop block away from the golden sombrero.  Dan Feeney also added a holding penalty for good measure.

Background: Last week, Indiana fumbled 4 times, losing 2 of them.  Diamont also tossed an interception.  On the season, Ohio State has recovered 6 fumbles and 16 interceptions whereas Indiana has lost 8 fumbles and 8 interceptions.

Background:  You know, will Indiana be up more than 13?  Or Ohio State, I suppose.  For first quarters only, the Buckeyes are 4th in the nation in scoring averaging 12.7 points and 33rd in defensive points allowed at 4.5  The Indiana defense is 69th in 1st quarter scoring averaging 6.8 points and the offense averages 5.7 points ranking 76th.

Background: Preseason OSU backup quarterback[ref]If I ever hear an Ohio State fan complain about ANYTHING….[/ref] J.T. Barrett leads the nation in total touchdowns with 38.  Indiana allows 4.3 touchdowns per game.  Also, Ohio State is in the running, although currently on the outside, for one of the four playoff spots.

Background:  Vegas projects the Indiana/Ohio State game to be the highest scoring Big Ten game this week with an O/U of 65.5.[ref] Vegas is expecting a shootout! Oh wait, it’s not a shootout if only one team is shooting? Ok, never mind. [/ref]  The other games are as follows: Rutgers/Michigan State (58.5), Minnesota/Nebraska (56.5), Wisconsin/Iowa (51.5), Northwestern/Purdue (49.5), Penn State/Illinois (44), and Maryland/Minnesota (41.5)