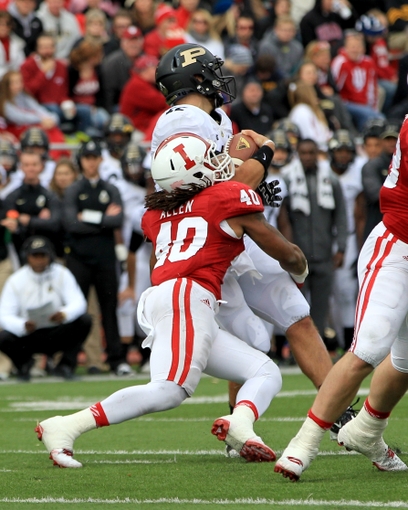 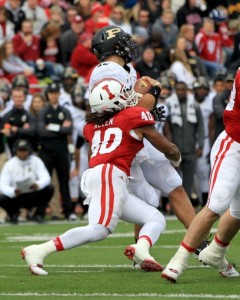 Media types always make predictions before the season, yet they rarely go back and report on how they did. Not PJP. Come, see how bad we are at predicting things about this team we claim to know so well.

This is what I said in the preseason: With all due respect to Tevin Coleman, the offensive production will come down to the production, and health, of Nate Sudfeld.  It’s time to see what he can do with all the snaps, but mostly new receivers.  No single player is as valuable, and irreplaceable, than the man under center.

Suffice to say, Sudfeld’s injury derailed an Indiana offense that was never the same, despite an unbelievable season from Tevin Coleman.

Yeah, so no breakout performer on offense, especially from the receiving core.  If anything, you could call Tevin Coleman the biggest breakout performer.  We all knew he was explosive and capable of a big season.  I don’t think any of us could have imagined a 2,000 yard season.

Lightning Round (where Billy and I briefly answer key questions facing each unit):

Who will catch Sudfeld’s passes?

Turns out only Shane Wynn could catch passes and sometimes even that was suspect.  And by 600, I really meant 250.  Nick Stoner was 2nd on the team with 217 receiving yards.  This is an area of concern headed into next season.  Marqui Hawkins may help, but remember that he has not played a college football game yet.  Indiana needs improvement from this year’s freshmen receivers.

Only 14 caught passes this year.  What a terrible year for receiving.

Minus a quick scare against Missouri[ref] And another against Purdue, where he didn’t’ actually miss any snaps.[/ref] Tevin was healthy all season long.

Is the offensive line really good enough to impose its will when IU has a second-half lead in the B1G?

Billy: I think so. Dan:  They should be able to control the line of scrimmage against everyone except Ohio State, Michigan State and Mizzou.

Tell me more about these second-half leads.  Seriously though, things were a little more difficult with the quarterback issues. Teams didn’t have to respect the pass as much and as the season progressed, opponents focused their attention on stopping Tevin Coleman (usually to little success).  It’s hard to complain about an offensive line that produces a 2,000 yard rusher.

How will Shane Wynn handle being the clear #1 option?

Billy: I suspect they’ll move him around enough where he leads the team in targets and yards.  Dan: I don’t think he’ll match his touchdown total from last season (12), but I think he’ll easily surpass his catches (46) and receiving yards (633) totals from 2013.

Wynn was fine this year.  If I have any complaints about him in 2014, it is the drop against Iowa occurring 2 plays prior to the Sudfeld injury.  Late in the season, Wynn really stepped up as Indiana’s only receiving threat.

How effed are we if Sudfeld gets hurt?

Billy: How effective is Tevin at running the wildcat?  Dan: Lets just say the players will be able to focus on their studies after the Purdue game. Can I revisit that MVP pick?

You might recall that I wrote a snarky footnote about Mark Murphy’s performance in his first 3 seasons. I’m happy to admit that I was wrong and Billy was right. Murphy was 6th on the team in tackles with 49, had two interceptions, including IU’s first defensive TD in 7 years against Penn State. He also missed the Maryland game with an injury, and coincidence or not (I think not), IU turned in perhaps its worst defensive performance of the season against the Terrapins.

As for Mangieri, he was adequate at Bandit, but he split time with Zach Shaw a little more than I anticipated and when he was in the game, he didn’t make a ton of plays. After 2 sacks and an interception in the first two games of the season, he didn’t record another sack or interception the rest of the way.  He recorded three or fewer tackles in all but two games (Mizzou and Bowling Green). Mangieri was still a valuable member of an improving defense, but he wasn’t the MVP.

Allen led the team with 74 tackles, added 3.5 TFL, 1 sack and 2 INT so I’m giving us credit for this one. While Allen has plenty of room to improve in pass coverage, and he missed his share of tackles, his athleticism and physicality was a major upgrade on the back end of the defense.  I remain convinced that he has all-B1G potential.

That being said, an argument could be made for true freshman linebacker Tegray Scales.  The highly-touted recruit from Ohio more than lived up to expectations, tallying 46 tackles, 4.5 TFL, 2 sacks and tying for the team lead in INT with 3. He’s already well above-average against the pass, and with a little time in the weight room, I expect him to improve against the run.  It’s going to be fun to watch this guy for 3 more seasons.

Can the IU defense be average?

Billy: They can be below average which is average at Indiana. Dan: Another incremental improvement, leaving them just shy of average. Different story in 2015 though.

IU finished 2014 at 72nd in Defensive F/+, 76th in Defensive S&P+ and 73rd in FEI. In 2013, those ranks were 106th, 96th and 110th respectively. So yeah, improvement, but a little shy of average.  Although a few key pieces (Richardson, Murphy, Tim Bennett, Michael Hunter and David Cooper) are graduating, I expect another jump into the realm of “average” and maybe even a little above.

Will they have a pass rush?

Billy: I think so.  The defense should be more aggressive which will lead to more pressure.  It may also lead to more big plays for the opponent. Dan: 20 sacks as a team in 2013. Not great. With improvement by Big Ralph Green, Darius Latham and the Mangieri/Shaw combo at Bandit, I think they’ll be significantly better at getting to the QB in 2014.

Only a slight increase in the sack total, from 20 t0 23, good enough for 11th in the B1G.[ref] Ohio State (of course) led the conference with 40 sacks.  Only Illinois, Purdue and Northwestern had fewer sacks than the Hoosiers.[/ref]  Coach Knorr was definitely more aggressive than his predecessor, but his blitzes didn’t always result in pressure.  The guys I thought would contribute to the improved pass rush (Green, Latham, Mangieri and Shaw) put up 6 total sacks.  That being said, a pass rush isn’t all about  sacks. In the Purdue game, Zach Shaw and others were all over Austin Appleby, but IU didn’t record a single sack.

Will Tim Bennett learn to catch?

Billy: Will they let him wear WR gloves? Dan: It would be a nice bonus, but he’s valuable either way.

We never really found out if Mr. Bennett learned how to catch. While he broke up 9 passes (down from 20 in 2013) and didn’t record an INT, I honestly don’t remember a single dropped ball by Bennett this season.  His PBU numbers may have dipped, but overall, I’d take 2014 Bennett over 2013 Bennett any day of the week.[ref] Mostly because that Michigan/Jeremy Gallon nightmare happened in 2013.[/ref]

WILL THEY SCORE A TOUCHDOWN?

Billy: The aggressive defense should help, especially for a pick-6, but I’ll say no. Why break tradition? Dan: Yes, the streak ends on the road at Iowa. Antonio Allen causes a fumble. Tim Bennett runs it in.

Chalk up a win for me (even though I got every detail wrong), thanks to Mark Murphy’s interception return against Penn State.  Let’s not wait 7 years for the next one.

Not a great year for special teams.  Aaron Del Grosso starts off 1 for 4 on field goals and gets replaced.  The returners had no touchdowns and averaged just 18.8 yards per kick return.  I spent the season longing for the days of Lance Bennett.

Griffin Oakes is your breakout performer going 13 of 18 on field goals with a school record 58-yard field goal against Maryland.

What can we expect from Del Grosso?

We got over 10 field goals on the year.  In fact, Oakes got 13 and Del Grosso chipped in one.

Billy: He’ll probably let him dress.  He may occasionally let him punt.  Dan: We might rename the site “Punt Kevin Punt” by the end of the season.

Truer words have not been spoken than those of Dan.  Season of the punts. With an offense-in-progress after Sudfield’s injury, K Dub was much more willing to punt than we’ve seen the last few years.

Will Nick Stoner catch an onside kick placed right in his hands?

Billy: I’ll blame the triple option for that last year since we can blame everything in the Navy game on that. Dan: Still not over it. I hope Stoner gets a shot at redemption.

Stoner wasn’t involved at all, but if there was one area (outside of Tevin Coleman) where IU was truly elite on the national level, it was recovering onside kicks (in a small sample size).  IU recovered 3 of their 4 onside attempts in 2014, and would have recovered a 4th if not for an offsides penalty.  The rest of the B1G combined recovered 3 onside kicks. NCAA.org didn’t have onside kick stats, but I seriously doubt any other team recovered more than 3.