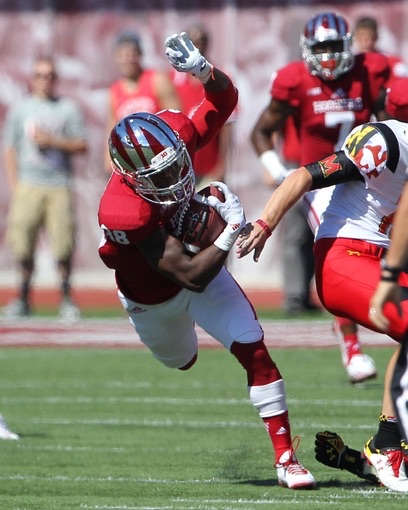 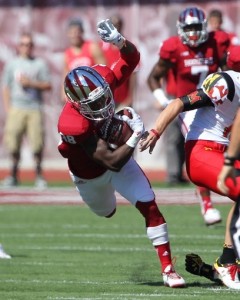 We covered the top 2 factors in our five factors series.  Today we move along to look at field position.

Just a quick review of some of the measures:

The Hoosiers ranked 91st in Field Position Advantage.  In both offensive and defensive starting field position rankings, the Hoosiers were below average on both sides of the ball.  Indiana started their drives on average at the 29 yard line whereas the opponent started at nearly the 31 yard line.

It may not be as important as explosiveness or efficiency, but it still can play a factor, especially in a close game.  In fact, according to Bill Connelly, if you win the field position battle (using average starting field position), you win 72 percent of the time.

The Hoosiers averaged just 19 yards on their kick returns.  The majority of this work was done by J-Shun Harris and Shane Wynn.  Neither of those players will suit up for Indiana in 2015 leaving a large void in place.

Opponents were slightly better in this regard averaging nearly 23 yards per return.

Punt returns were even worse last season.   The Hoosiers averaged a dismal 5.2 yards per return compared to 10.8 for their opponents.

In addition to special teams, an offense and defense can play a big part of field position.  While the Hoosiers were slightly below average on turnover margin, field position can be negatively impacted by an offense that can’t move the ball regularly.  In yesterday’s efficiency post, we saw how the IU offense was unable to regularly move the ball after the Sudfeld injury.  Even if a defense holds teams to just 1 first down, if the offense goes 3 and out, the opponent has gained a 10 yard advantage.  Compound those advantages and an opponent will eventually score.

Indiana’s offense should have less 3-and-outs in 2015.  Even on drives that don’t score, picking up a few first downs to give the defense more field behind them can be huge, particularly with a defense like Indiana’s.

On kick returns, Damon Graham is the leading candidate to receive the majority of the returns.  He was 3rd on the team last year in returns and averaged 21 yards.

Mitchell Paige is the leading candidate to take over punt return duties.

Neither player has proven to be electrifying and both are a bit of unknown in this regard.

Unless an unexpected breakout occurs, it is probably safe to assume an average upside on any field position advantage this season.  While it would be nice to have a larger advantage in this area to assist the defense, it is important that the Hoosiers don’t end up at a disadvantage again.  Doing so would only add more pressure on the defense.