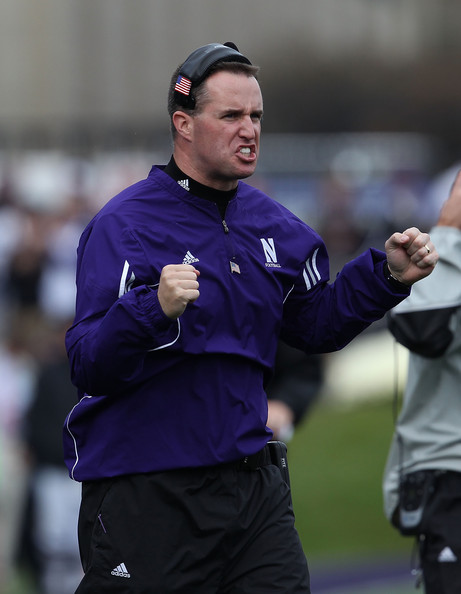 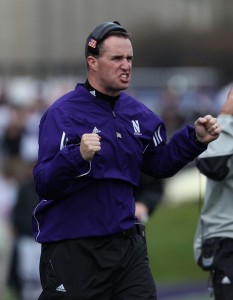 The Race For 13 is over for 2015, with only five of our 15 contestants reaching the promised land. Such is life among the least powerful of the Power 5.

A quick recap of what this is all about: we’re shining a light on the most important goal for a certain subset of the Power 5 – obtaining bowl eligibility.  The qualifications for the Race are:

At the start of the season, I predicted 6 of the 15 would make a bowl. I’ve made worse predictions.

In our midseason update in October, four teams appeared likely to achieve bowl eligibility, with two others in the “might achieve” category.  Three of the four “likely” teams made it – Cal, Northwestern, Texas Tech – while both “mights” made it, Washington State and IU.

My big miss – the Kentucky Wildcats. Based on coach Mark Stoops’ recruiting, a 5-7 season in 2014 and a favorable schedule, I ranked UK #3 on my initial list. They fell slightly to #4 in the quarter and midseason updates, and they needed just 2 wins in their last 6 games to earned a 13th. But tough losses to Vandy and Louisville ended the Cats’ bowl hopes.

The one team that never moved in the rankings: the Kansas Jayhawks. They started the season ranked 15 of 15, and a winless season didn’t provide any reason to move them up. David Beaty has his work cut out for him in Lawrence.

Without further ado, the final ranking:

Analysis: Those people calling for Pat Fitzgerald’s job can all shut up now.  This team won 10 games with a freshman quarterback that really couldn’t throw the ball.

Analysis: Quite the run between October 10 and November 21. The Cougars went 6-1, with the only loss a 2-pt defeat to eventual Pac 12 champ Stanford. Coach Leach notched road victories over Oregon, Arizona and UCLA. And then they were absolutely blown out by rival Washington, without their star QB Luke Falk. The 2015 Cougs remind us that The Race For 13 is not linear.

Analysis:  The defense needs to improve if they want to take the next step,[ref] Sound familiar??[/ref] but Kliff Kingsbury certainly has the offense back to Leachian levels.

Analysis: The significance of the win at Texas faded, but the win over the Cougs gained steam. Sonny Dykes seems to have things moving in the right direction in Berkeley. If his interviewing the last few weeks is any indication, however, he would prefer to move in a different direction.

Analysis: A huge two-game road winning streak to close the season sends the Hoosiers to their first bowl in 8 seasons. Some will say that six wins is the floor for this team, what with close losses to Ohio State, Rutgers, and Michigan. There’s something to that argument, but it ignores four non-conference wins that all were one-score games in the 4th quarter, including a dropped two-point conversion that, if caught, would have meant a loss to FCS opponent Southern Illinois. So let’s just be happy with our bowl game and not worry about not winning 8 or 9.

Analysis: The win over Mizzou lost luster. The loss to Vandy was crushing. A blown lead at home against rival Louisville was equally disastrous. Mark Stoops coached his way right out of consideration for a better job.

Analysis: Syracuse fired head coach Scott Shafer after a disappointing 4-8 season.[ref] This will become a theme for the rest of the ranking.[/ref] His replacement, Dino Babers, formerly of Bowling Green, will bring an exciting offense to the Carrier Dome.

Analysis: Another fired coach. Mike London recruited well, but could never put together a competent offense. This year, a brutal non-conference schedule put the ‘Hoos behind the 8-ball, and they never recovered. We’ll see what Bronco Mendenhall can do in Charlottesville.

Analysis: I watched a lot of football this season. I didn’t watch a single down of the Buffs. I blame the Pac 12 for ridiculous scheduling. But yeah, from what I read, it wasn’t great.

Analysis: Vandy has the defense part figured out. If Coach Mason can just field a serviceable offense, this team could do some damage in the SEC East.

Analysis: After two unsuccessful campaigns, Dave Clawson will need to show progress in Year 3. And I hope he does, before and after his September 24 game against IU.

Analysis: Hated losing to Toledo so much that they took Toledo’s coach, Matt Campbell.

Analysis: Things went fairly poorly for Gary Andersen in his first season at Oregon State. But hey, at least he doesn’t have to deal with Barry Alvarez anymore!

Big Wins: None. Nor are there medium-sized wins or little wins.

Analysis: KU could improve by 5 wins in 2016 and still fall short of bowl eligibility. Getting halfway to six next year would represent a substantial improvement.