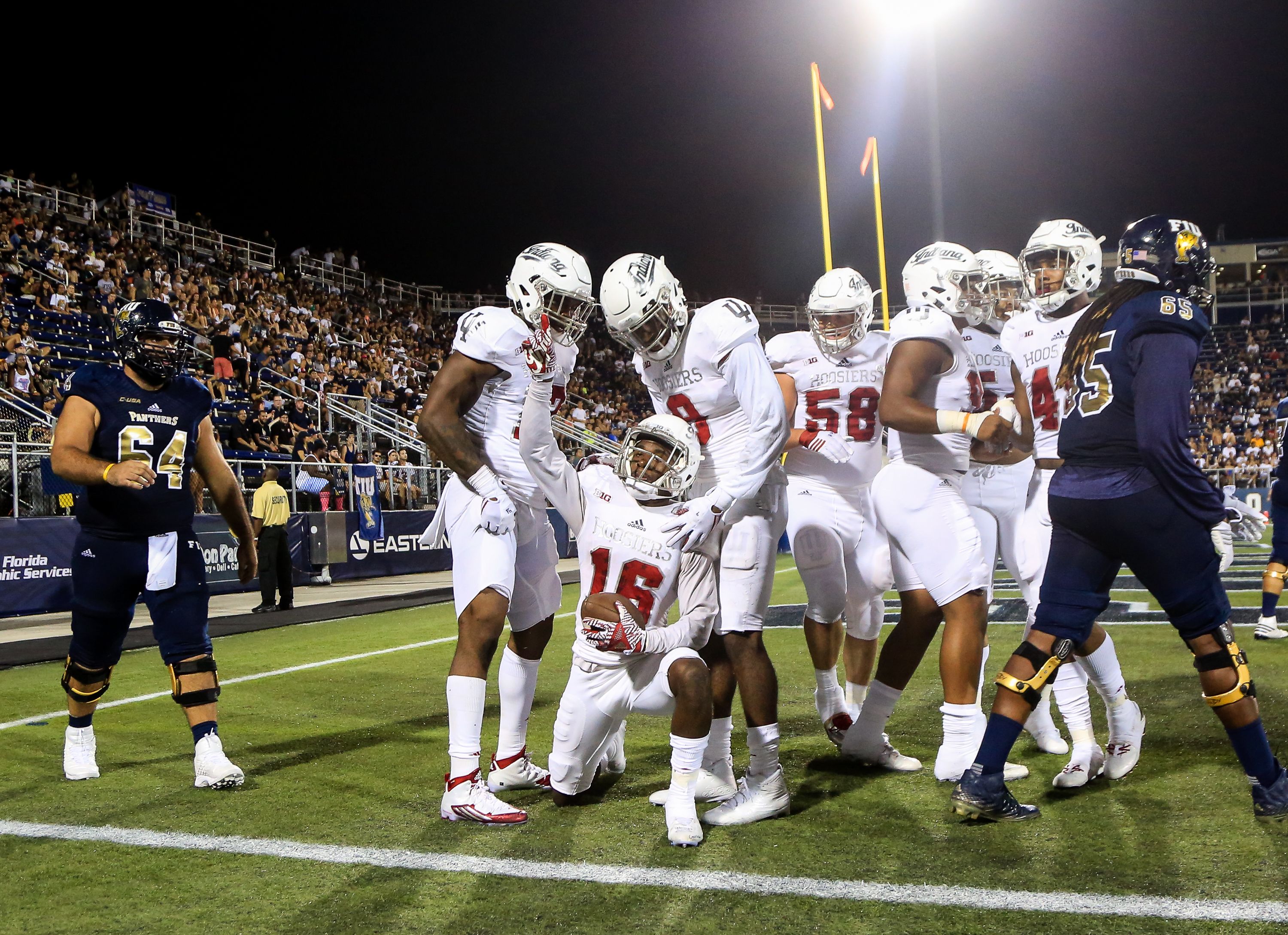 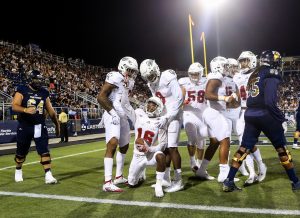 Against FIU last Thursday night, we got our first look at the revamped Indiana defense under new defensive coordinator Tom Allen. And it looked good. Maybe this season’s Defensive Film Studies won’t be so painful. Maybe.

Yesterday’s disclaimer applies with extra force to the defense. It’s going to take a few weeks (at least) to wrap our collective heads around what Tom Allen & Co. are trying to accomplish schematically. For the time being, there will be even more guesswork than normal. Here we go.

Whoa, that’s a lot of participation. By my count, 27 players saw action on defense against FIU. Brian Knorr’s defenses rotated quite a bit (especially in 2014), but I think 27 is a new high since I’ve been keeping track. A few notes:

Of 43 dropbacks[ref] Which includes QB
scrambles and plays that end in a penalty, like Tegray Scales’ facemask that kept the opening drive alive.[/ref], 33 (77%) were 4-man rushes. 10 (23%) were 5-man rushes. IU never rushed more than 5 or less than 4. IU became less aggressive as the game went on. IU only rushed 4 on 17 of FIU’s last 18 dropbacks.

IU’s 5-man rushes came in essentially 3 different forms: (1) 4 down linemen and Tegray Scales from the

WLB or “Stinger” position, (2) 4 down lineman and a cornerback and (3) 3 down linemen, the MLB and the Husky, with the WDE dropping into short zone coverage.  Here’s a successful example of that last type:

There, the weakside DE, Omari Stringer, was actually standing up. At the snap, MLB Marcus Oliver and Husky Marcelino Ball blitzed, while Stringer dropped into a flat zone. When Ball hit FIU QB Alex McGough and forced a short pass, Stringer was there for the TFL. On three other plays, IU dropped a DE into coverage and brought the WLB, which counts as a 4-man rush (and not truly a blitz), but adds a wrinkle for the opposing QB to deal with.

In general, even though the IU defense only recorded one sack, they did a decent job of placing McGough

under duress. Lumping sacks, QB hits and hurries into one category – QB pressures – I counted 10. With 43 dropbacks, that’s a pressure percentage of 23%. Not amazing, but definitely acceptable at this stage.

In the secondary, there were a few breakdowns. Tyler Green and Rashard Fant were beaten deep, and Fant picked up a pass interference penalty. Either Marcelino Ball or Jonathan Crawford – or both – whiffed on a bubble-pump move, left FIU’s best player, TE Jonnu Smith wide open, and were only saved by a dropped pass and an offensive penalty.

There’s clearly a miscommunication between QB and wide receiver here. My guess is McGough thought his receiver was going to hitch up after 10 yards or so, and he threw to that spot. I’m also guessing that Fant wasn’t actually in man (as McGough probably thought he was). Based on how Fant stopped his backpedal and had his eyes in the backfield early, I strongly suspect he was turning over the receiver to the safety if the receiver continued going long. Fant also showed good instincts to read McGough’s throw and step forward. So call this pick a combination of offensive mistakes, good scheme disguise, and solid instincts.

And then, IU put the game away with another big interception, this time by Tegray Scales:

At the snap, Scales drops into a short zone. When he reads screen, he steps past an O-lineman and puts himself in perfect position to snag McGough’s overthrow. Another combination of good instincts and bad offense.

I think it’s safe to say that FIU isn’t much of a running team. It’s also safe to say that we won’t see another rushing chart that looks as good as that one this season, no matter how much this defense improves.[ref] In case you’re wondering, that chart excludes QB scrambles.[/ref] Aside from a speed option that caught the Hoosiers – particularly true freshman Marcelino Ball – off guard, there was precious little the Golden Panthers could do on the ground.

While it isn’t solely a rushing defense issue, one area that IU could improve upon is tackling. By my unofficial count, IU missed 9 tackles, 3 of them by Tegray Scales.[ref] On one play, Scales missed a tackle and then made a tackle. If at first you don’t succeed…[/ref] Of 58 “tackling opportunities,” missed tackles plus total tackles, IU missed on just under 16%.