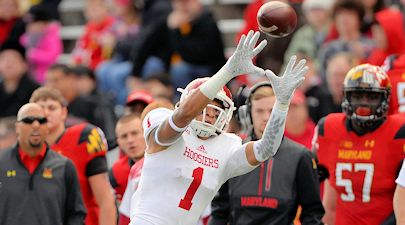 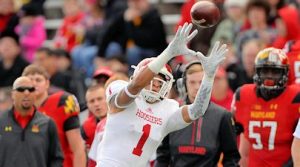 No time for delay — let’s get right into the year’s second White Guy on Hardy Mismatch of the Week.

Coming off a week where Indiana’s passing offense seemed to struggle early on against the FIU Panthers, it’d seem like I’d be going out on a limb to project a significant advantage this week for the Indiana passing attack. After all, in his first start, IU QB Richard Lagow only completed 18 passes for 240 yards, and it isn’t as if FIU was projected to be particularly stout defensively.

But with the return of Simmie Cobbs and a long week between games 1 and 2, that’s exactly what I’m going to do.

Admittedly, it isn’t as if Ball State showed this area as a point of concern last week. Their week 1 opponent, Georgia State, only threw the ball for 195 yards on a total of 40 attempts, so it’s clear Ball State did a nice job of preventing the big play. I’m just not terribly convinced that Georgia State is all that good of a team.

There’s experience in the secondary, as Ball State returned all 4 starters, including Senior Corey Hall, who notched an interception last week against Georgia State and a significant number of backups.

Now, teams can improve, and quickly. They have a new defensive coordinator noted for aggressive blitzes, which can (sometimes) help an ailing pass rush. But it’s hard to say how much that’s really improved after the Cardinals logged 1 total sack last week against an offensive line that, you’d think, isn’t as strong as what they’ll face in Bloomington.

This totally depends on Richard Lagow and the developing passing attack to take advantage. While it was a solid first outing, it wasn’t by any stretch an all-star performance from Lagow. He forced several passes into coverage that really should have been picked off.

But I don’t think there’s any question that, with the return of Simmie Cobbs, Indiana has the talent in the passing game to take advantage of a weak Ball State secondary. We’ll see in a few days if I’m right.