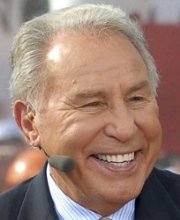 Indiana has never hosted ESPN’s College Gameday.  As far as we can tell, it is because Indiana doesn’t have a mascot.  Therefore, Lee Corso wouldn’t have a mascot head to put on when he picked Hoosiers.  There’s simply just no other explanation for Gameday’s absence.

However, here at PJP, we don’t require an Indiana mascot to make some predictions.  Let’s get into it.

If you haven’t made your picks for this week’s Over/Under contest, make sure to get them in.  We had lots of participation in last week’s contest, but it is not too late to enter.

We recapped the FIU game with from a statistical standpoint.  If you like numbers, this is for you.  If you hate numbers, then just read the words.  Everyone wins!

If you have not read our FIU film study on the offense and defense, do so before today’s game.  Nothing will impress your wife more than being able to identify a “12” personnel formation.[ref]If your wife is only into football.  Particularly Indiana football.[/ref]  Especially if you can correctly predict that IU will run the ball.[ref]And considering that 14 of the 15 plays ran in the “12” were rushes, you’d have a pretty solid guess.[/ref]

Finally, check out this week’s White Guy on Hardy Mismatch of the Week.  Indiana’s running game will still get their yards, but look for the familiar passing attack to return to form.

And now for some mascot-less predictions: