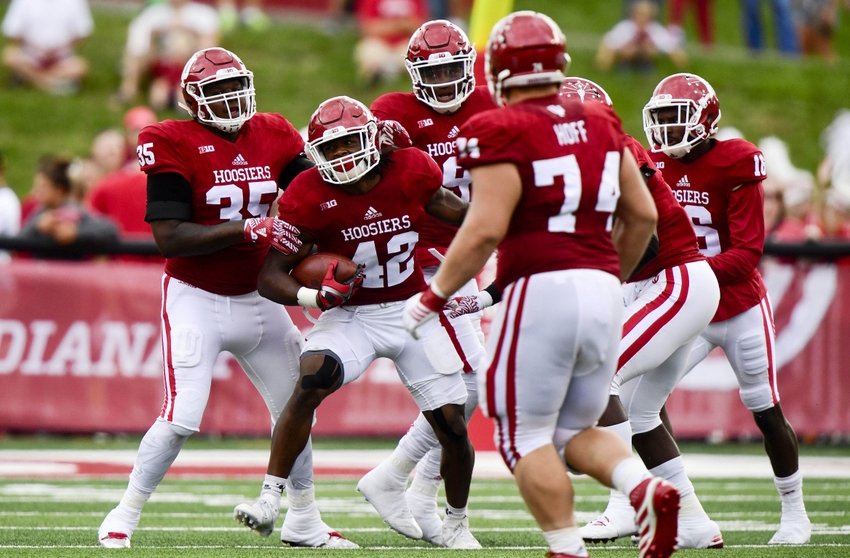 This week in Defensive Film Study: some talk about the challenges ahead, but mostly just CHARTSSSS.

Nothing To See Here, Move It Along

Through two games, one quarter of which was garbage time, we really do not know much about IU’s defense. FIU’s and Ball State’s offenses are both outside the top 100 now in S&P+[ref] 116th and 102nd, respectively.[/ref] and appear likely to remain in roughly that area throughout the season.  Suffice to say, this defense hasn’t been tested. Largely because his defense has not been tested, Tom Allen has utilized fairly straightforward blitzes and coverages.

Based on the little we’ve seen, one might conclude that this defense will make more plays than the 2015 version, but the 2015 version actually created a few turnovers in non-conference games as well (and then the rest of the season happened). If last year taught us anything, it’s that we should be careful about drawing too many conclusions from the first few contests.

Challenges are coming. This week, Wake Forest’s run game will be the best offensive component (rushing or passing) that IU has faced this season.  That isn’t to say that Wake, especially without their best running QB and top running back, are a particularly strong running team, but at the very least, they appear competent.[ref]The Demon Deacons are 39th in rushing success rate.[/ref]  On the bright side, the IU defense can overplay the run because Wake really struggles to pass.[ref]110th in passing success rate.[/ref]  After Wake, the first three weeks of October feature three challenging offenses – Michigan State’s power running game, Ohio State’s crazy talented offensive juggernaut and Nebraska’s strong passing attack.  We will learn much more about this defense and Tom Allen’s schematic prowess in those games.

For now, take a look at the usual charts.  We’ll dig into analysis once IU is challenged and shows its defensive hand a little more.

CHARTSSSS[ref] Like yesterday, all the numbers in the charts are limited to non-garbage time, meaning they exclude the entire 2nd half except for Ball State’s last series when they were down 10 with less than a minute to play.[/ref]

Takeaway: Riley Neal struggled, but IU did a decent job of tackling on short throws in front of them, limiting 6 short completions to a reasonable 62 yards.

Takeaway: Ball State was terrified of the right side of IU’s defensive line…or that was a fluke. The Cardinals found a little more running room than you would like to their right, defensive left, averaging over 6 yards per carry in that direction.

Takeaway: Heavy use of the 5-man rush. IU used a 3-man rush for the first time this season on the last play of the game.[ref] Which was technically not garbage time, but the game was over.[/ref] Still no 6-man blitzes yet.

Takeaway: IU blitzed (brought more than 4 rushers) on 9 of 18 dropbacks. The Hoosiers generated pressure, in the form of a hurry, knockdown or sack, on 6 of 18 dropbacks.

Takeaway: Chase Dutra missed at least one other tackle during garbage time. He looked a little rusty in this one.