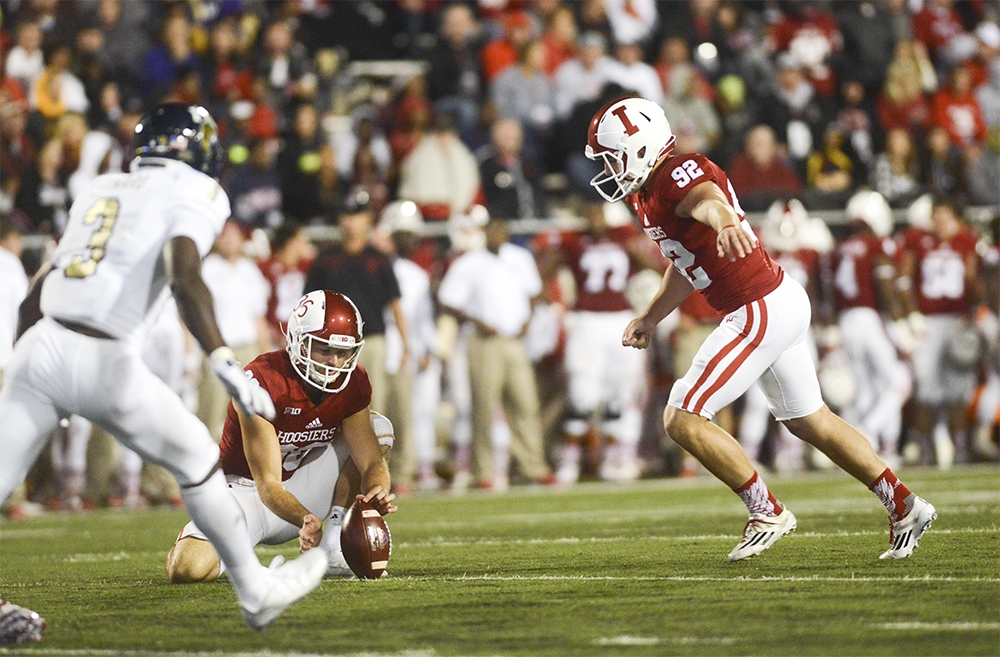 For the first time this season, the WGOH Mismatch of the Week highlights a struggle that Indiana may have with the opponent.

Wake Forest rolls into Bloomington at 3-0 after three stout defensive performances. They’re currently ranked 13th nationwide in points allowed and a very respectable 36th in S&P+. So it should be no surprise that there’s some anxiety about how the Hoosiers match up on that side of the ball.

While the Indiana offense has had few issues moving the ball to date, there’s one area that they’ve seriously struggled — finishing drives. In the Points Per Trip inside the 40 stat, Indiana’s 4.27 points per trip ranks 99th nationally. They’re scoring almost half a point less than the national average in that category.

Now, it’s easy to argue that Kevin Wilson has kept the playbook closed, and that as the year goes on, that stat’s going to improve. I’d probably agree with you there.

But it is critical to point out right now, because Wake Forest is elite at keeping teams out of the end zone. They’re currently allowing an astounding 2.71 points per trip inside the 40 — good for 8th nationwide.

Admittedly, there are some questions about the quality of opponent they’ve played so far. But regardless of who you’re going up against, you can’t do much better than holding teams to less than a field goal on trips inside the 40.

I don’t bring this up to scare anyone, as this is still a game Indiana should win. S&P+ projections still project an eight point victory for the Hoosiers with a 69% chance of victory. Those are nice odds, any way you look at them.

It’s also worth noting that Wake’s already terrible offense (ranked 103rd in the S&P+) will likely take a hit due to injuries to the Kendall Hinton, the starting QB, and a key RB substitute. This is a game that the Indiana defense has potential to shine in.

But for Indiana to win comfortably, they’re going to have to get the red zone situation untracked against one of the better defenses on the schedule in that category.