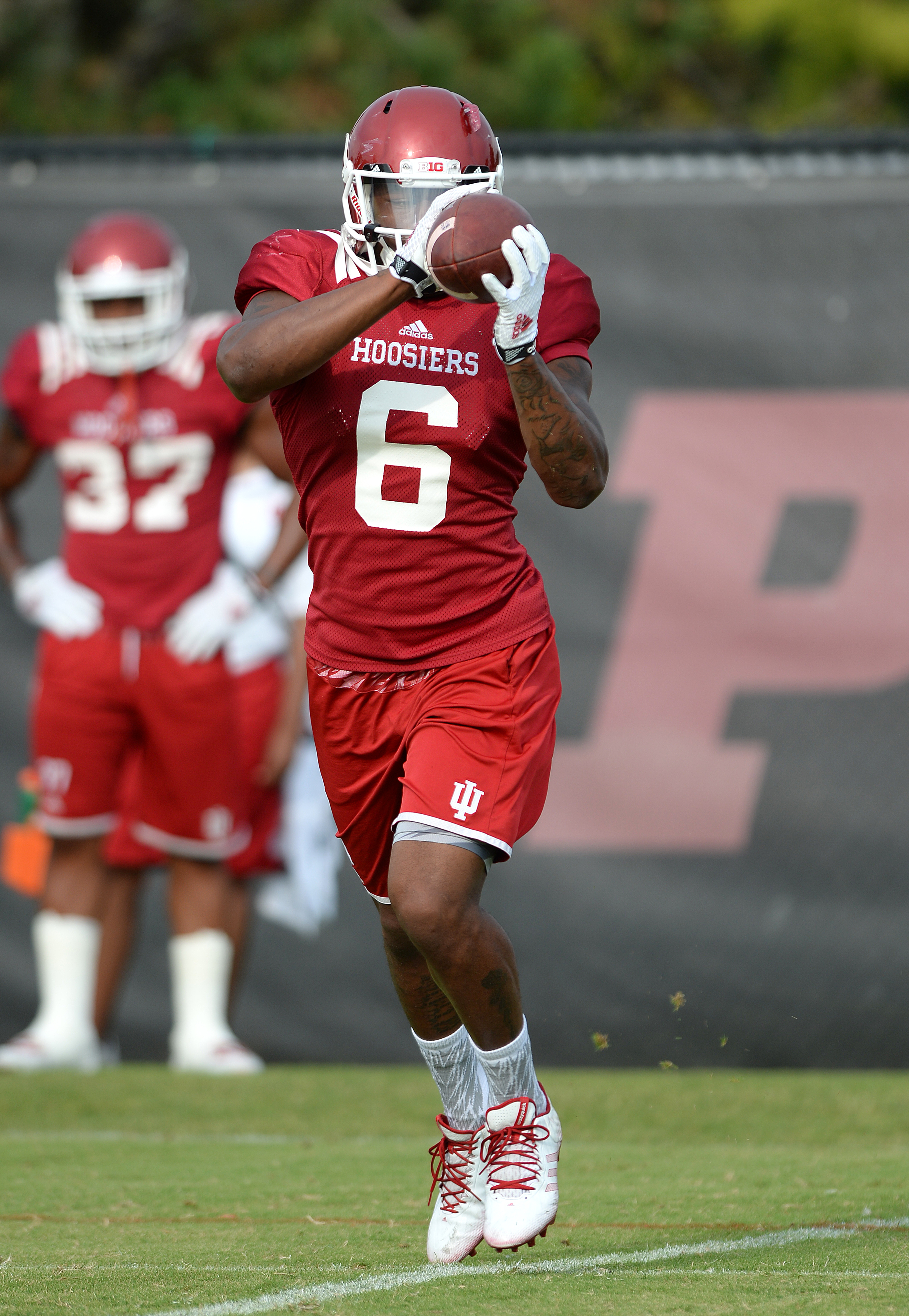 Despite Indiana’s loss, the Hoosiers still have a decent shot at a bowl game.  Bill Connelly’s numbers have IU with a 78% chance of winning 6+ games.  And there is plenty of time to make up ground in our Over/Under game.

If you need a refresher on the rules, go here.

The Spartans have only allowed 5 rushes of 10+ yards through 3 games, tied for 1st nationally.  They are also 1st in rushing isoPPP defense.  Simply put, it will be tough sledding for Devine and Company.  On the year, IU has 16 rushes of 10+ yards.  Eight are from Redding, 3 from Williams, 2 from Gest, 2 from Majette, and 1 from Paige.  Mike Majette has the longest IU rush of the year for 48 yards.  Only 1 other rush, Devine Redding’s 28 yarder against Ball State, went for 20+ yards.

We were teased with Patrick entering the Wake Forest game for 2 possessions.  He was not targeted on either drive.  His likely return was always projected to be in the Big Ten opener which just happens to be this weekend.  Whether Patrick was a decoy against Wake Forest or IU was just trying to get his feet wet was unclear.  However unless Patrick suffered a setback,[ref]And I wouldn’t expect to hear anything from the coaches even if he had[/ref] expect him to be in for a couple of possession at a minimum.

3. Most consecutive pass attempts by Richard Lagow without an interception – Over/Under 19.5

Michigan State ranks 115th nationally in rushing isoPPP, a measure of explosiveness.[ref]Indiana isn’t a whole lot better at just 104th.[/ref]  The longest rush for Michigan State was a 73 yard gain by Gerald Holmes.  Other than that, the longest Spartan rush was a 32 yard gain by WR R.J. Shelton against Furman.  LJ Scott is MSU’s primary back, but his longest rush is just 23 yards.  Indiana’s rush defense ranks 77th in isoPPP and the longest run they’ve allowed through 3 games was the 27 yard gain on the 2nd play of the season.

Indiana’s defense ranks 20th in success rate[ref]The terms of success in college football: 50 percent of necessary yardage on first down, 70 percent on second down, and 100 percent on third and fourth down.[/ref] at 32.8% compared to the national average of 40.7%.  Obviously opponent quality plays a factor and this number should increase over the course of the season.  But Michigan State’s offense hasn’t been lighting the world on fire.  They rank 74th at a slightly above average 41.8%.

Sparty has allowed 6 sacks on the year, but they’ve all come on passing downs.  Meanwhile, Indiana has just 5 sacks on the year, but 4 of them are on first down.[ref]And the sack negated by the facemask penalty was also on first down.[/ref]  While Indiana ranks 26th nationally in standard down sack rate at 8.0%, they are only 108th nationally on passing downs at 2.7%.  Oddly, Indiana has performed much worse in situations where it is very likely the opponent will pass.  We will see if they can obtain the first standard down sack allowed by Michigan State all season.  It is worth noting that the Spartans only pass 26% of their standard downs, one of the most rush-heavy teams in the nation in this situation.