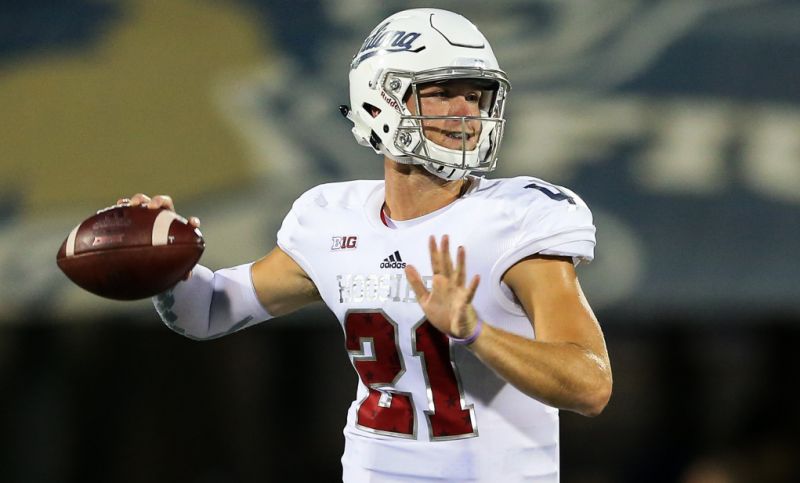 Nebraska comes to town for the 20th meeting in this series.  The Hoosiers hold a 9-7-3 series lead, one of only 2 current Big Ten teams (Maryland being the other) in which Indiana has a winning record all-time…but the two haven’t played since 1978 and IU hasn’t beaten Nebraska since the Eisenhower Administration (1959).

Richard Lagow ranks 7th nationally in yards per attempt at 9.4 and tops the Big Ten. Last season Nate Sudfeld led the Big Ten at 8.7 yards per attempt. Part of the reason is Indiana has 9 pass plays of 40+ yards this season, only 2 short of the 11 they had all of 2015. Nick Westbrook, Mike Majette, and Ricky Jones are all over 12 yards per target. Mitchell Paige is the lowest of the receivers at 6.9 yards per target, down nearly 2 yards from last season. Nebraska ranks 25th nationally in yards per attempt defense at 6.1. The most they have allowed in a game was 6.6 to Northwestern.

Indiana’s offense has relied more on explosiveness than efficiency this year. The Hoosiers rank 62nd nationally in success rate thus far at 42.2%. Indiana has had 4 streaks greater than 6.5 plays. Their longest consecutive streak of unsuccessful plays was 11 against Ohio State  late in the 1st quarter into the 2nd quarter. The second longest streak was 9 plays over the course of three 3-and-out possession in the second half against Ohio State. The longest non-OSU game streak was 8 against Ball State. They also had a 7 play streak against Michigan State. Nebraska has allowed an opponent success rate of 41.0% to rank 63rd.

This statistic measures explosiveness and while Tommy Armstrong can make things happen on the ground, [ref]More on that next.[/ref]the Nebraska running backs have been anything but explosive.  Devine Ozigbo, who has shared the workload with Terrell Newby, looks to be out for this game. This could actually be a benefit for the Cornhuskers in the sense that Newby and now backups Tre Bryant and Mikale Wilbon have outperformed Ozigbo in explosiveness. Ozigbo averaged 1.9 highlight yards per opportunity[ref]Rushes gaining 5+ yards.[/ref] compared to a combined 5.3 for his backups. The Hoosiers are allowing 4.5 highlight yards per opportunity.

A week after facing J.T. Barrett, Indiana faces Tommy Armstrong who is 9th nationally in rushes of 10+ yards by a QB. He’s averaging 4.9 yards per carry and put up 132 against Northwestern, a career high. For his career he is averaging 41 rushing yards per game.[ref]A figure that includes lost yards due to sacks[/ref] It is worth noting that Armstrong has been limited by an ankle injury during practice over the last 2 weeks.

The Cornhuskers are 5th nationally in passing down[ref] Second-and-8 or more, third-and-5 or more, or fourth-and-5 or more.[/ref] success rate at 42.2%. This success has translated into a high 3rd down conversion rate. Nebraska has converted over 53% of their 3rd downs which ranks 3rd in the FBS. On passing downs, Nebraska runs just 31% of the time compared to 72% on standard downs. In this sense, both are fairly predictable. Nebraska rushes early until they are stopped and then goes to the air on obviously passing downs. Those rates are pretty similar to Michigan State, a team IU was able to slow down. Unfortunately for the Hoosiers, Michigan State was terrible in obvious passing downs whereas Nebraska has been elite. Indiana counters with a defensive success rate on passing downs of 27.8%, 44th nationally.

Gedeon has 11 punts inside the opponent’s 20 yard line including 4 inside the opponent’s 10 yard line. Two of those punts, downed at the 1 and 2 yard lines, were last week against Ohio State. One was actually on his first career punt against FIU and the other against Ball State. His punts haven’t always looked pretty, but at least Gedeon isn’t just blasting the ball into the end-zone for a touchback. In fact, he doesn’t have a single touchback on the season.