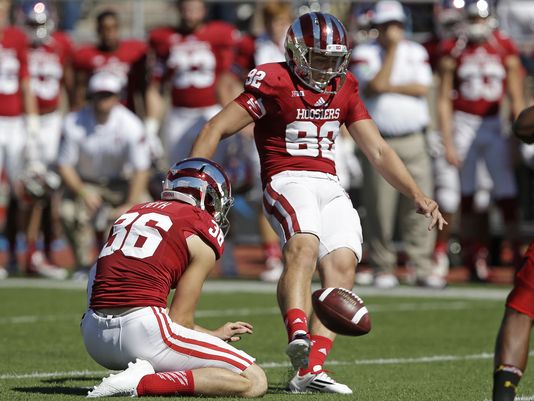 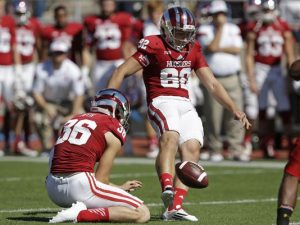 We have a tight race at the top of our standings and we’ve had 2 straight weeks where a contestant had a perfect week.  It’s time to get to this week’s picks.

Redding had a non-garbage time success rate of 31% against Northwestern. On the season, he’s averaging 37.5% with a high of 64% against FIU and a low of 18% against Nebraska. He’s been under 40% in all but the FIU game. As a team, Indiana has a rushing success rate of 37.1% which is 111th nationally. Fortunately, Maryland allows a success rate of 44.5% which is 89th nationally. Hopefully this is the week that the Indiana running game gets back on track.  It’s worth noting that Dan Feeney is expected to play more this game and Redding had his only success rate greater than 40% in Feeney’s only full game.  But he also failed to surpass 40% in all but 3 games last year running behind Feeney, Camiel, and Spriggs.

The junior QB is 3rd in the Big Ten at 8.0 yards per attempt. However, he has seen his yards per attempt dramatically drop the last 3 games. The first 4 games he averaged 10.0 with a low of 8.9 against FIU. Since then he’s gone 6.5, 6.1, and 5.4 to average 5.9. Unfortunately for IU, Maryland has been stingy to opposing passers. They are allowing just 5.9 yards per play which is 11th nationally. The most yards per attempt they have allowed is 8.0 and they’ve only allowed 2 games[ref]UCF and Penn State[/ref] of 7.0 or higher.

One of the weaknesses on the defensive front has been the lack of sacks this season. It was expected given the personnel losses. Indiana has at least 1 sack in each game this year, topped by the 3 against Northwestern. Nile Sykes leads IU with 3 sacks and 7 other players have recorded one. Maryland, on the other hand, has been generous against opposing pass rushers with 20 sacks allowed. Expected starter Perry Hills has been sacked 15 of those for a sack rate of 12.3%. Indiana’s sack rate is just 4.6% so something has to give.

Because Maryland has been able to pick up chuck yards with their running game, they haven’t depended on big plays through the air as much. They have just 43 passes of 10+ yards this season.[ref]Compare that to 76 for IU.[/ref] The Hoosiers have allowed 57 passes of 10+ yards on the season with a season-high 13 coming in the Northwestern game. Maryland ranks 117th in creating and Indiana 41st in preventing 10+ yard pass plays.