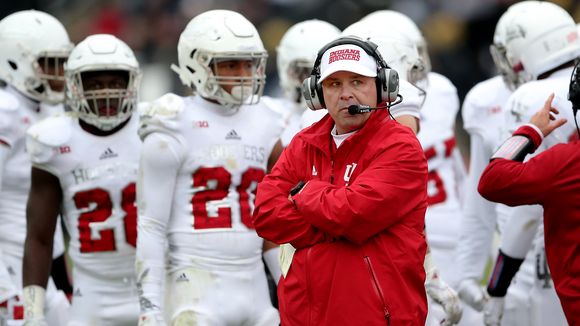 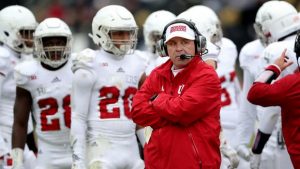 We’re seven games into the season now. So, by now, you should know the formula for my input into the WGOH segment.

“Indiana’s shown a strength in this area, and the opponent has a weakness on the other side of the ball. So look for Indiana to exploit that. (Also, IU can’t finish drives.)”

It’s a good formula, but it’s still a formula. So let’s bend it a little this week.

This week, the mismatch is between this game and those who appreciate watching any type of productive offense. While I’ve been wrong before, the numbers tell me that this game’s not going to be pretty.

Indiana returns home to friendly confines, so I do think that the passing game will improve this week. Lagow’s a better quarterback than he showed last week — going into last week, this was a top 10 passing offense, and it’s still in the top 25 of Passing S&P+.

But Maryland brings in one of the most efficient secondaries that IU will face all year. Their defensive Passing IsoPPP is currently ranked second in the country, indicating that they don’t get beat over the top too often. (That should be setting off alarm bells for IU fans, as explosive passing plays are really the primary factor keeping this IU offense from being a bad one.)

On the flip side, Maryland’s passing attack is well below average, and they go up against an IU secondary that has improved immensely this year. They still give up more big plays than they should, but they do a nice job of keeping offenses behind schedule. Defending the pass at least appears to be an area where IU has a big advantage. (Also, Maryland only throws the ball 38.5% of the time.)

So while Indiana’s passing attack is the more capable one, it’s difficult to say that they have a game-changing advantage due to Maryland’s strength defending the big play.

If you’re a regular reader of the column, you’ll know that this is normally the part of the article where I throw in a “That’s true, but there’s this.”

There is no “but” this week. Someone’s going to have to win, but it’s a bit of a toss-up in the running game this week.

Maryland’s major strength as an offense is rushing the ball, with an opportunity rate of 47.2%. That’s “Top 5 in the country” good. Indiana’s defense though has been relatively stout against the run, bar a 290 yard rushing explosion from OSU.

Maryland’s biggest weakness is their rushing defense (125th in S&P+), but this IU rushing attack hasn’t gotten it going against anyone. Now that the Hoosiers have Dan Feeney back, it’s certain to help in that category. But even when the blocking’s been there, IU running backs have struggled to make anything happen.

I’ve been wrong (often), and much of it’s been heavily documented on Twitter, here, or back over at Crimsoncast. But this week, if you’re going into this game expecting offensive fireworks, I’m thinking you’re going to be seriously disappointed. Sit back, bundle up, and enjoy the field position show.