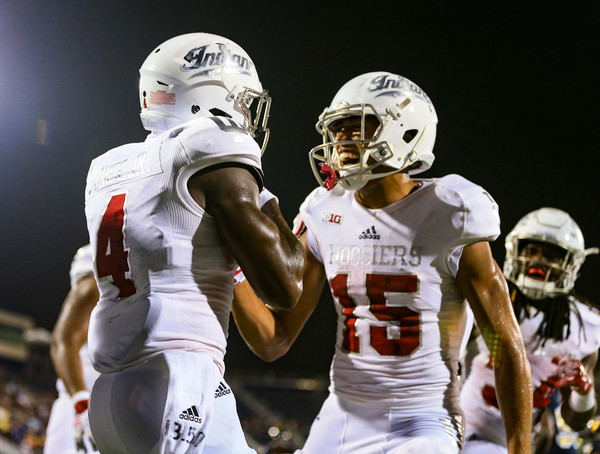 We are back for another slew of over/under questions.  Let’s get into it.

The Hoosiers somehow blew a 25 point lead against Rutgers last season.  It was terrible.  This year’s Indiana team appears to be comparable to last year’s IU team, but Rutgers is worse.  That’s saying something considering they finished 4-8 and their coach was fired.  Building Rutgers won’t happen overnight, but Chris Ash’s team is struggling.  They’ve been outscored 198-46 in Big Ten play and are 2-6 overall.  Initial Vegas spreads in this game have been about 14 points.

Rutgers ranks 123rd in rush defense allowing 261 rushing yards per game.  It’s clear Indiana should be able to run on Rutgers.  The question in this over/under might be how many carries the duo receives.

It was my understanding that there would be no math.

Rutgers is bad at a lot of things, another of which is turnovers.  Rutgers has lost 15 of them in 8 games, 10 by fumble and 5 by interception.  While Football Study Hall has written that they’ve been slightly unlucky, 15 turnovers is still a lot.  Indiana has forced 13 turnovers this year which Football Study Hall stated has been slightly unlucky.[ref]Based on fumble recovery rates and passes broken up.[/ref]

Indiana had been rather pedestrian in this category through the first 6 weeks of the season. However, the Hoosiers were in the backfield more the last 2 games, totaling 19 tackles for loss.  IU has 45 on the year to rank 84th.  As expected, Tegray Scales leads Indiana with 10 TFLs.  Rutgers has allowed 58 TFLs to rank 111th.