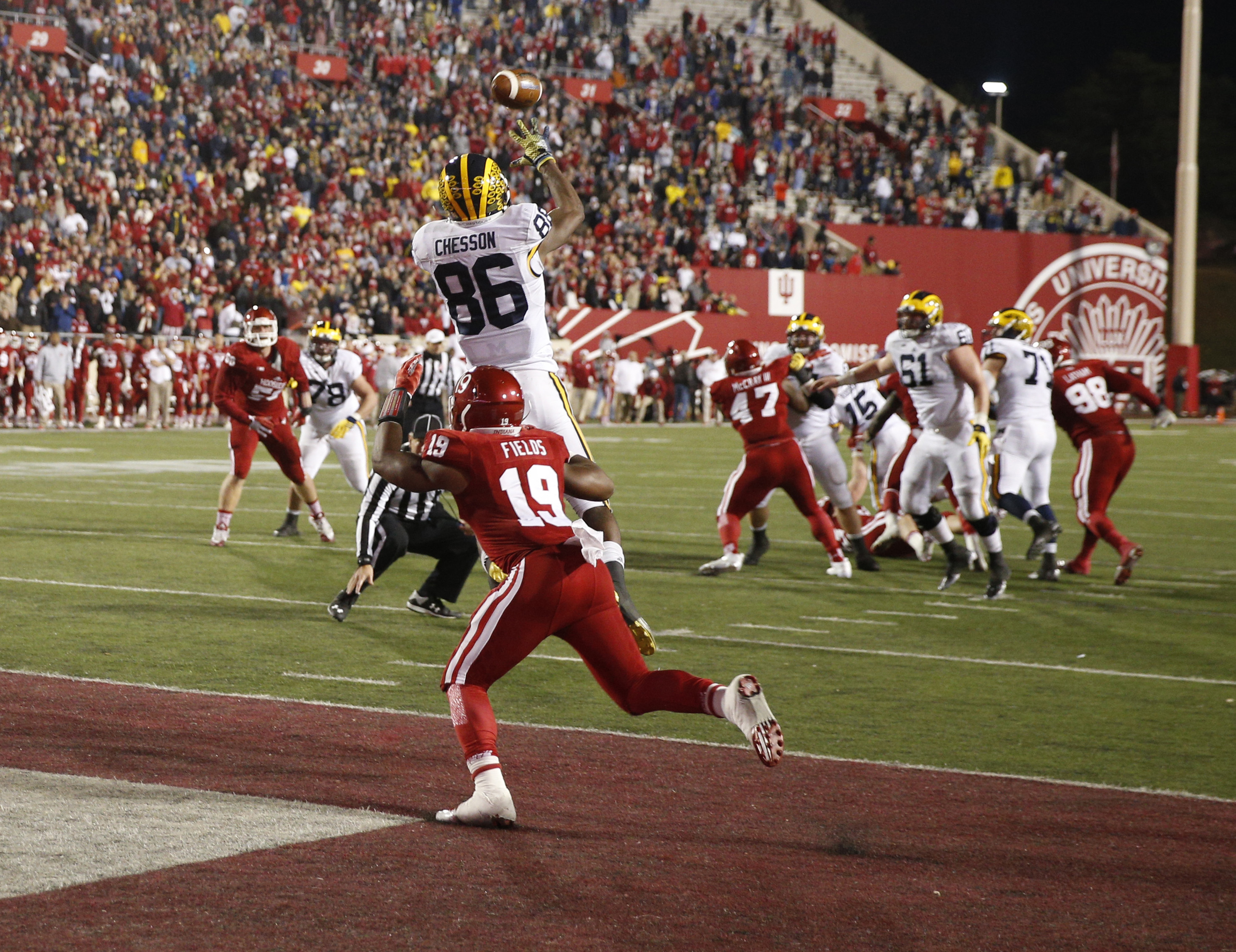 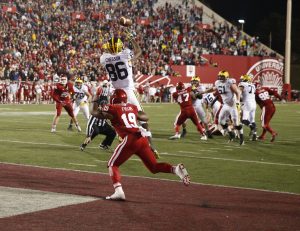 Indiana needs to execute perfectly to upset the Wolverines.  Vegas has Indiana at nearly 4 touchdown underdogs.  Football Study Hall gives Indiana 2% odds.  And the odds of anyone getting all 7 questions correct in a given week is theoretically .78%.  Yet it has happened twice this year.   So you’re saying there’s a chance?!

Interceptions aside, Indiana’s passing game has performed quite well. Despite losing Nate Sudfeld to the NFL and Simmie Cobbs to injury, their replacements have stepped up. The Hoosiers are averaging 302 yards per game, slightly more than the 294 from 2015. However, IU faces a Michigan defense that is allowing just 132 passing yards per game, best in the nation. They rank only behind Ohio State in yards per attempt at 5.5. These low figures aren’t because teams are just running all over them either. Michigan is only allowing 113 rushing yards per game. This is just an elite defense that has allowed more than 200 yards passing just twice this year. Indiana failed to reach 230 passing yards in only the Ohio State game.

The Hoosiers have not been terribly efficient running the ball this year. On the season, IU is 108th nationally in rushing success rate at 38.9%. If you take out the Maryland game for the Wild Bacon onslaught, IU is at just 34%. Of the running backs, Devine Redding and Tyler Natee are at 40% on the year with Devonte Williams at 33%.[ref]Mike Majette is at 28%, but he is injured.[/ref] Indiana has posted a sub-30% rushing success rate in 3 games this year, Ohio State, Nebraska, and Rutgers. Michigan has performed quite well against the run allowing a 30.8% rushing success rate, 5th in the nation.[ref]Their pass defense is tops in the nation with a 23% success rate.[/ref]

Beating the dead horse, but Indiana has struggled mightily in finishing drives. They rank 2nd to last nationally at 3.38 points per scoring opportunity. Without going into it again, just know that Michigan is best in the nation at preventing points per scoring opportunity at just 2.55. Four times this year, Indiana has been below 3.1 points per opportunity. Those games were FIU, Michigan State, Northwestern, and Rutgers. Ironically, IU won 3 of those 4 games. However, that is mostly due to the number of opportunities. IU had 8 against FIU, 9 against MSU, and 13 against Rutgers. The Hoosiers don’t figure to reach that many this weekend.

Jabrill Peppers has been mentioned in the Heisman race. He plays defense so that won’t happen with his current offensive performance, but he has made an impact all over the field. He has 161 rushing yards, 3 receiving yards, 276 punt return yards, and 198 kickoff return yards this year. That averages out to 63.8 per game. He doesn’t have any turnover returns yet, but with the way that IU gives up the ball he might this weekend. Peppers might be a bigger factor on offense with the injury to QB Wilton Speight.

Last year Jehu Chesson dropped 207 receiving yards and 4 touchdowns on Indiana. Both were not only a career high, but the next highest totals were 118 yards and 2 touchdowns[ref]In different games.[/ref] While he led the Wolverines in receiving yards last year, he is 3rd on the team this year behind Amara Darboh and Jake Butt. Chesson is averaging just 45 receiving yards per game this year and has exceeded that amount 3 times. Michigan will also be breaking in a new quarterback this week. While Indiana’s pass defense has been solid all year, they have shown some signs of wearing down a bit late in the season.

Michigan has utilized 4 running backs: De’Veon Smith, Chris Evans, Karan Higdon, and Ty Isaac. Smith is the starter and receives the most carries with the other 3 rotating in behind him. Michigan has had at least 3 running backs earn 5+ carries in 6 of their 10 games although none in the last 3. In terms of games with 5+ carries, Smith has 10, Evans has 6, Higdon has 7, and Isaac has 6 although his carries have diminished over the past couple games. Production-wise, Smith is averaging 4.9 yards per carry while the 3 backups are all at 6+ ypc. As you can see, Jim Harbaugh can throw a lot of fresh running back production at you.

When these teams played last year, Indiana took their final regulation lead with 2:52 left. However, Michigan drove down the field, tying the score on 4th and goal with no time remaining on the clock. It was sad. This year’s Michigan team has been even more dominant despite the hiccup against Iowa last week. In conference play, Michigan is averaging 41 points per game while allowing just 9 per game. The Wolverines opened at 27 point favorites this week, one of 4 Big Ten games this week with 3+ touchdown favorites.  The over/under here is 7 minutes, 30 seconds into the 1st quarter.