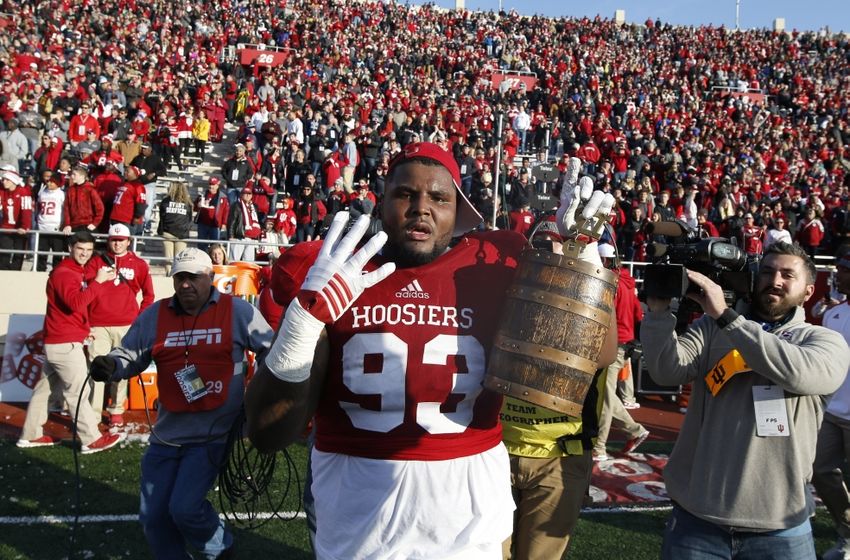 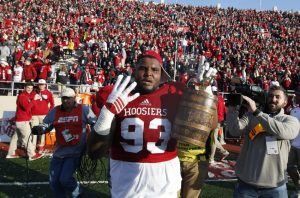 Well, a lot has happened since the most recent game, a Bucket victory against Purdue.  And while Indiana came into the game as 20 point favorites, they were lucky to escape with a victory.

Consider, for all intents and purposes, IU turned the ball over two more times than the Boilers.

Indiana had extreme difficulty moving the ball, averaging just 3.55 yards per play.  That is the lowest mark by an IU offense since freshman Zander against Penn State in 2014.

Fortunately Indiana made enough big plays, paired with a tough defense, to escape with a victory.

In what appeared to be a tasty matchup, the Indiana offense struggled. Of the 296 yards Indiana gained,[ref]Excluding the Diamont safety play[/ref] over half came on 7 explosive plays. Those big plays, 2 in the air and 5 on the ground, gained 154 yards. Indiana averaged just 2.1 yards per play on their other 68 plays. Of those 7 explosive plays, 6 were on drives that resulted in points. Only 1 drive resulting in points did not have an explosive play

In short, Indiana’s success rate was so bad in this game, they were unable to sustain drives. The only opportunity to score, with the exception of the one great field position drive[ref]IU took over at the Purdue 30 following an interception[/ref], was by getting some explosive plays.

As few explosive plays as Indiana had, Purdue had even less. The Boilers had just 3, one on the ground and two via the pass. As a result of their success rate being nearly as poor as Indiana’s, their drives were prone to flame out. The 4% explosive rate was the lowest allowed by Indiana all season. The next lowest was Wake Forest at 6% and the season-long average was 11%. Had Indiana allowed Purdue to connect on a few more big plays, it certainly could have changed the outcome of the game.

It was the pass offense that was completely out of sorts. The 26% passing success rate was the lowest of the season and it isn’t that close. The next worst was 33% against Ohio State and IU averaged a 44% success rate in 2016. If you take out Indiana’s 7 successful pass plays, the Hoosiers lost 42 yards on their other 20 pass plays which includes 4 interceptions and 3 sacks.

Purdue was relatively efficient in this game. The Boilers finished with a 41% success rate, the 4th highest that IU allowed all season and higher than the 37% 2016 average. The problem with being efficient but not having explosive plays is it is hard to maintain that efficiency for an entire drive. Purdue had possessions of 9, 7, 8, and 11 plays that ended with 0 points. Incredibly they had a 13 play, 40 yard drive starting at the IU 45 that ended with a field goal. I’m not even sure Navy could pull that off. While Purdue had a 54% success rate on that particular drive they had no explosive plays, had no gain or lost yards on 6 of the 13 plays, and essentially could only manage to pick up the necessary yards and little more.

Purdue dominated field position with a 10 yard advantage. They started in IU territory 4 times, twice after turnovers, compared to just once for Indiana. Purdue scored 16 of their 22 points on these 4 drives. As mentioned above, because Purdue relied almost entirely on steadily moving down the field they were nearly reliant on great field position in order to score. When they were forced to start in Indiana territory, they could not sustain long drives.

While IU scored on their only possession that began in Purdue territory, their other scoring drives began from the 32, 20, 43, and 39 yard lines. That is certainly not terrible, especially after the Michigan game, but not as beneficial as the Purdue starting field position.

It was the return of the turnover bug. A week after not losing the ball once which allowed IU to keep it close against a superior Michigan team, Indiana tossed 4 interceptions. Over the past 4 games, Indiana has 13 turnovers. That’s bad. And while Purdue technically had 3 turnovers, it is safe to say that the final fumble on the kickoff didn’t really impact the game. In only 3 games this year did Indiana win the turnover margin. The Hoosiers won all 3, but each came against inferior opponents in FIU, Ball State, and Maryland.