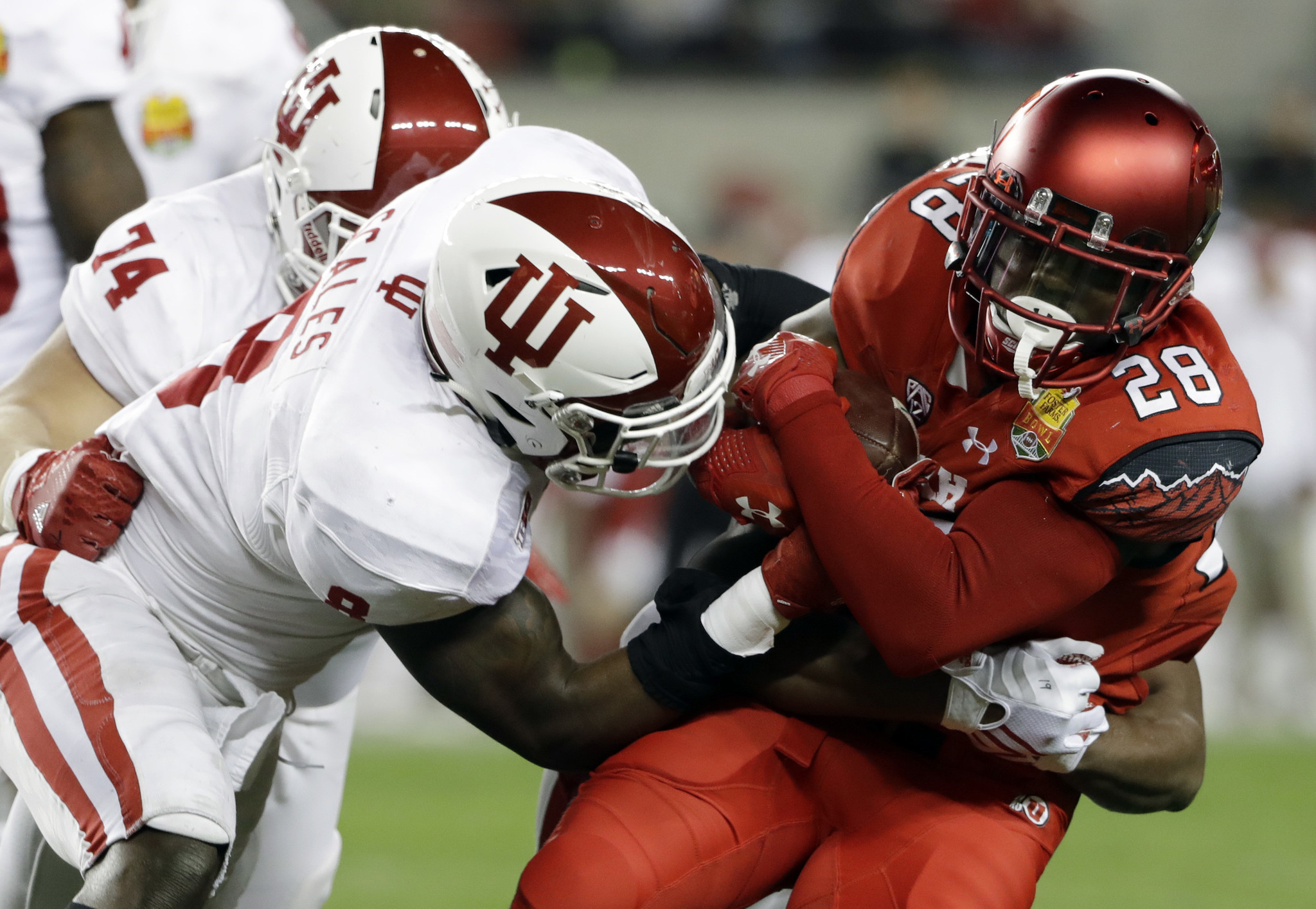 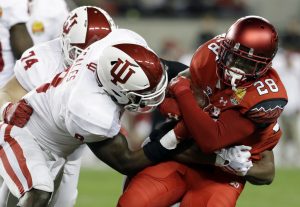 The only thing perfect about this bowl game was the performance by lacesout.  The Hoosiers were competitive in this contest, but ultimately fell short.  However, the 2016 PJP Over/Under champion went 7 for 7 to earn victory in the Foster Farms Bowl contest.

In what could be his final start as a punter, Joseph Gedeon averaged 42.5 yards per punt.  It was only the 4th time all season he averaged over 42 yards in a game.  He averaged 44.75 on his first four punts, but just 38 on his final 2.  On the season he averaged 40.28 yards per punt, 9th in the Big Ten.  While Gedeon has a slow release, his yards per punt average is acceptable for a walk-on punter.  Frankly, Haydon Whitehead probably needs to average a couple more yards with fewer blocked punts to justify a scholarship punter.

With Oliver not playing, this one clearly fell to the unders.  Tegray Scales accounted for 10 of Indiana’s 75 tackles to lead the Hoosiers.  With 13.3% accounted for, this one would have been very close had Oliver played.  Chris Covington and Dameon Willis each had 4 tackles meaning the linebacker trio had 24% of Indiana’s tackles.  While Oliver is off to the NFL, the return of Scales in 2017 is huge for the Indiana.

Utah senior DE Hunter Dimick was neutralized in this one as he just managed 1 tackle and none for a loss. Dimick finishes tied for third nationally in sacks.  The Hoosiers did allow 3 sacks in this game, slightly above their season average of 2.23 per game.  That amount ranked 78th nationally, down significantly from 2015 when IU ranked 7th at 1 sack allowed per game.  The combination of a decrease in offensive line talent and Richard Lagow’s inability to anticipate and escape pressure led to the stumble.

Williams rushed for 222 yards, the highest amount that IU allowed to a single player in 2016.  On the season, IU was 28th in rushing yards per play at 3.76.  The rush defense also finished 22nd in rush S&P+.  Williams finished 14th nationally in rushing after going for 149 yards or more in 6 of his final 7 games.

Diamont wasn’t going out quietly in his final game.[ref]Until the 2nd half where he didn’t play and subsequently voiced his displeasure on Twitter.[/ref]  Diamont saw just a handful of plays, keeping it once for a 3 yard rush.  His highlight was a 36 yard touchdown pass to Nick Westbrook followed by a Conor McGregor strut.

Richard Lagow completed more passes to the turf than Indiana receivers. His 35.9% completion rate was his season-low and illustrates some of his late season fade.  He completed 61% of his passes for 8.3 yards per attempt in his first 9 games, but just 49% and 6.2 yards per attempt in his last 4.  While he didn’t complete many passes to Hoosiers in this contest, he also didn’t complete many to Utes.  This was his lowest interception rate in games in which he tossed at least 1 pick.[ref]He had 5 games without an interception.[/ref]  He will certainly be challenged by Austin King and Peyton Ramsey this spring, but if Lagow can demonstrate better decision making[ref]This is by no means a given especially with the fresh start by many of the offensive coaches[/ref], he has the experience to remain the starter.