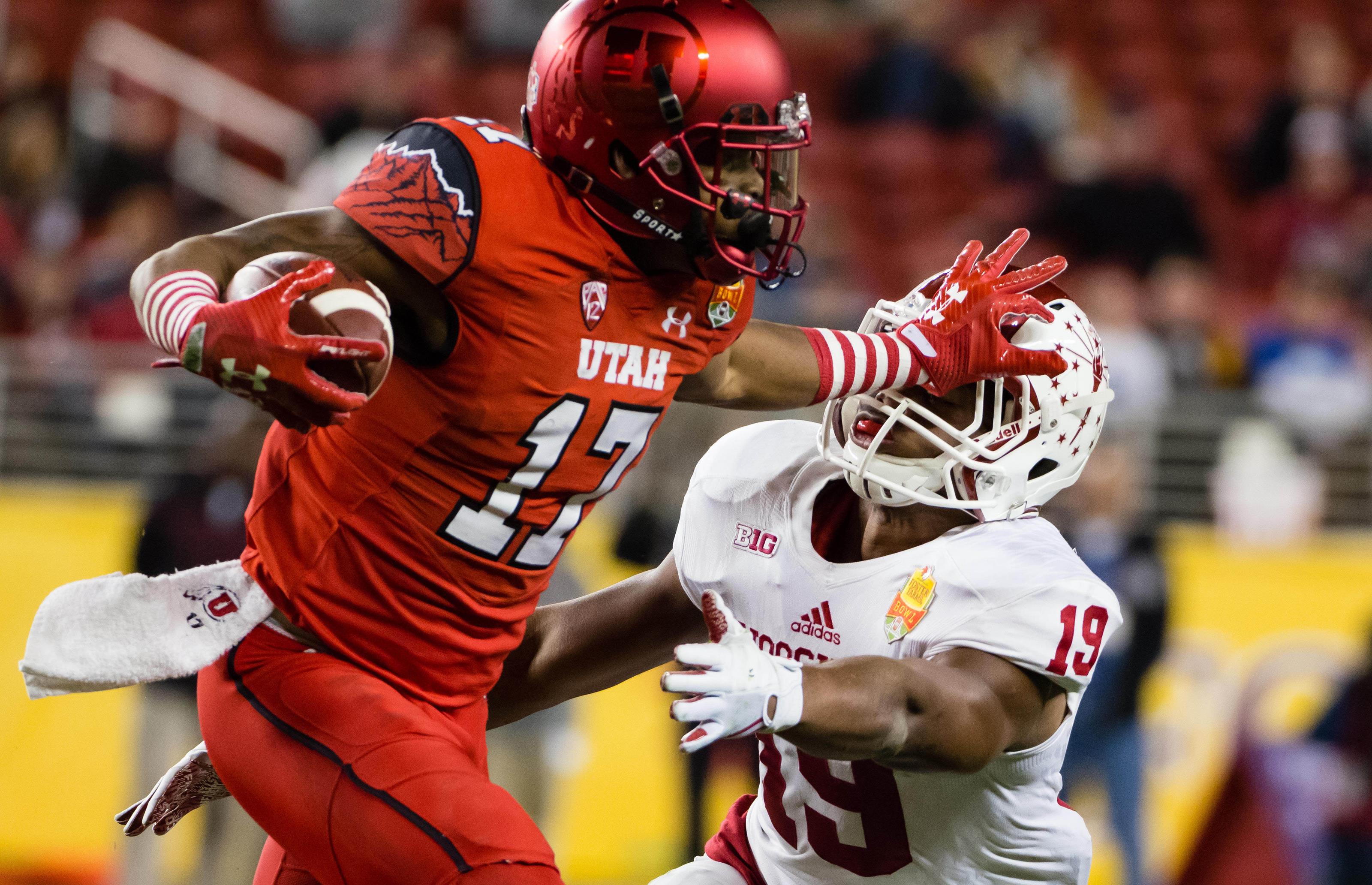 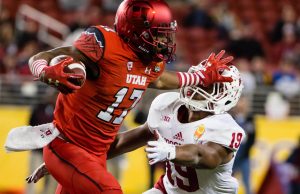 In the final Film Study for the 2016 season, I analyze a surprisingly subpar performance against the run, and a not so surprising strong effort against the pass.

IU faced two All-American caliber running backs in 2016.  One, Penn State’s Saquon Barkley, was largely held in check, carrying 33 times for just 58 yards (1.8 YPC).  The other, Utah’s Joe Williams, ran wild, rushing 26 times for 222 yards (8.5 YPC).  How do we reconcile these performances? Well, first and foremost, as our beloved basketball team has shown again this season, the performance level of a collection of 18-22 year-olds is necessarily volatile.

Setting aside the inherent volatility of college athletes, one might also point to the disparity between the offensive lines behind which Barkley and Williams ran. Penn State’s offensive line was serviceable, but in terms of run blocking specifically, it was nowhere near the level of Utah’s group. It also helped that Utah’s running scheme – heavy use of pulling guards on counters and powers – fit perfectly with its personnel, particularly left guard Isaac Asiata. Asiata’s pulls to the right were a big contributor to the huge numbers Williams put up on inside runs to right (shown in the chart below).

On the IU side of the equation, the two biggest factors were the absence of Marcus Oliver and poor tackling. Linebackers are crucial in defending running plays with pulling guards. The pullers necessarily create new gaps to the playside, which defensive linemen generally can’t handle because they are tasked with manning the existing gaps. The linebackers must read the pulling lineman and move to meet him, while (a) avoiding any other releasing linemen and (b) still attacking downhill so that they meet the pulling lineman at or behind the line of scrimmage. This is tall order, and experience undoubtedly helps. Marcus Oliver wasn’t always great at reacting to pulling linemen, but he was pretty damn good this season. Without him, Dameon Willis and Chris Covington weren’t terrible by any stretch, but each had a play or two where they were not quite in perfect position, and Williams was able to find the crease and take advantage.

The chart above depicts the final difference between IU’s defensive performance against Utah as compared to its performance against Barkley and Penn State. IU missed an astounding 18 tackles against Utah, by far their season high.[ref] The next highest total was 13 missed tackles against Maryland.[/ref] Against Penn State, IU missed only 6 tackles. Fatigue was almost certainly a factor here. Thirteen of IU’s 18 missed tackles came on Utah’s last 20 plays from scrimmage, and 10 of those 13 came on Utah’s last two possessions. I haven’t gone back and checked the numbers, but I don’t believe IU had a disproportionate amount of missed tackles late in games throughout the season so I’m fine calling this a weird bowl game anomaly.

Also, while this might seem like strictly a secondary problem, as 13 of the 18 missed tackles came from members of safeties, corners or husky, I’m not sure it’s quite that simple. Against Penn State, for example, IU’s front 7 lived in the Nittany Lion backfield, never allowing Barkley to get a head of steam or into the open field where he could make people miss. That didn’t really happen against Utah. Whether it was Oliver’s absence or Utah’s blocking, Williams frequently found himself in the second level at full speed and with room to work. That’s a tough assignment for any collegiate defensive back.

On the other hand, the defense turned in a strong performance against the pass. It started up front, where the front seven continued a late-season uptick in generating pressure. After only tallying double-digit pressures once in first 6 games (in the opener against FIU), the defense did so 5 times in last 7 games, including 11 against Utah.  From a percentage standpoint, the only game in which IU had a higher pressure percentage[ref] Total Pressures / Total Dropbacks [/ref] than the 35% that it had against Utah was against Michigan, with 42%. They also made the most of those pressures against the Utes, turning them into a season-high 5 sacks. Nate Hoff’s 4 pressures were the most by any individual player in a single game this season – this by a nose tackle not generally known as a stellar pass rusher.

On the coverage front, the closest IU came to a truly blown coverage was on a flea flicker where Marcelino Ball was slow to pick up a receiver who faked a jet sweep and then ran a wheel. Aside from that play and a few swing screens, Utah accomplished little through the air.

Of course, there’s one other factor at play here: Troy Williams, Utah’s primary QB, struggled with his accuracy. He missed a number of fairly straightforward throws and completed only a few passes that I would classify as moderately difficult or difficult. He completed only one deep pass[ref] The other deep pass was the flea flicker and was Utah’s other QB, Tyler Huntley’s only pass attempt.[/ref] and just 3 of 7 thrown more than 10 yards downfield, with an INT. We’ve certainly seen worse in 2016[ref]See Michigan and Ohio State, and a few games by our very own Richard Lagow[/ref], but this wasn’t a good performance by Williams. So I guess I could add to that equation “+ Not Great QB Play”.

That’s it for Film Studies for the season that was. Look out for updated depth charts next week.