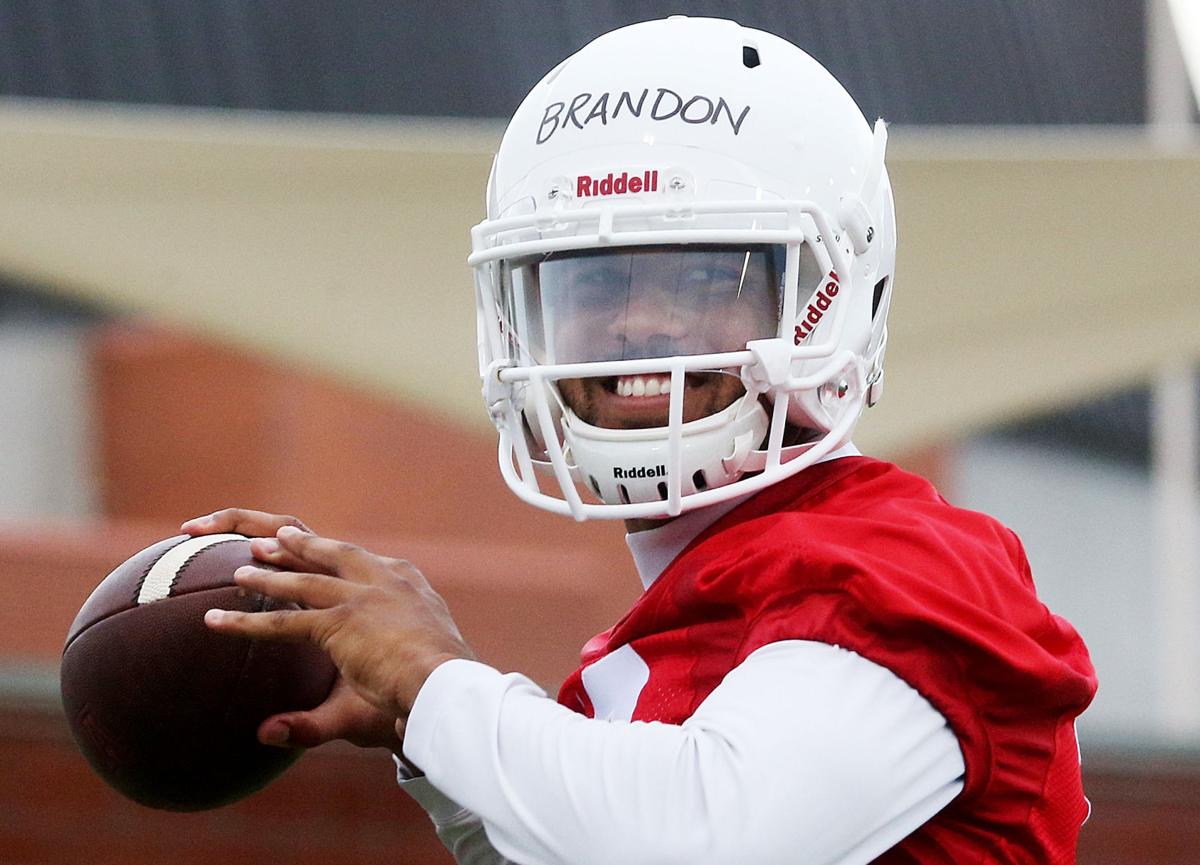 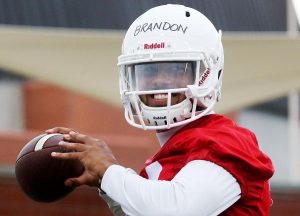 Indiana released their first depth chart of the season a few weeks ago.

While the initial depth chart is pointless, it did list the starter at quarterback as Peyton Ramsey or Michael Penix or Brandon Dawkins.

Although I’m sure the quarterback position is truly an open competition, it wouldn’t benefit the coaching staff to name a starter at this point regardless.  Anytime there is not a true, set-in-place starter, you’re better off listing it as undecided.

While the quarterbacks will probably split time with the first-team offense in fall practice, I’d be very surprised if the competition lasts long into the season.

Michael Penix has received rave reviews since arriving on campus, but unless he performs significantly better than his competitors, I’d be surprised if he’s the guy.  It seems that the coaching staff wants to maintain his redshirt season this year.  However, with the new redshirt rule allowing players to play in up to 4 games, it seems certain that he’ll get his feet wet this year.  Indiana needs to continue building quarterback depth on the roster, but with Penix the starting role looks promising for the next few years.

If you exclude Penix, we’re left with Peyton Ramsey, the incumbent, and Brandon Dawkins, the transfer from Arizona.

Ramsey was fine last year, but his production wasn’t so special to convince everyone that he should be the every down starter.  One thing going for him is that he is the only quarterback on the roster with game experience in the Mike DeBord system.

Having said that, unless Peyton Ramsey shows a nice improvement, I don’t think it will be enough to hold off Brandon Dawkins.

The Arizona transfer has game experience and a level of production that exceeded Ramsey’s performance in his partial season.

There are several things to consider when comparing the two quarterbacks, namely Ramsey’s relatively small sample size, two completely different offensive systems, and different opponents.  Despite all that, I’d be surprised if Brandon Dawkins isn’t Indiana’s primary quarterback this season.

Even though 65% isn’t actually 70%,[ref]Although I guess it rounds up.[/ref] Ramsey has a pretty significant completion percentage advantage.  Completing passes is actually where Ramsey excelled last year.  He was second in the Big Ten in this category and 13th nationally.

While completing passes is a positive, first downs are earned by gaining 10 yards, not by completing a certain number of passes.  And Ramsey really struggled to generate passing yards as measured by passing yards per attempt.  His 6.1 passing yards per attempt was last in the Big Ten and 100th nationally.  Completing passes is nice, but gaining significant yardage when you pass is even better.[ref]Which makes what Trace McSorely did last year, leading the B1G in completion percentage and yards per attempt, even more impressive.[/ref]  On the other side Brandon Dawkins has a career mark of 7.3.  That would place 9th in the Pac-10 and 56th nationally in 2017 and 7th and 62nd nationally in 2016.  Those are very middle-of-the-pack numbers, but nevertheless an improvement over Ramsey.  For reference, Richard Lagaw averaged 7.2 yards per attempt over his 2-year Indiana career.

In a couple other areas, Ramsey has the advantage.  Both his sack rate and interception rates were lower than Dawkins. In fact, the interception rate for Dawkins is pretty close to Lagow’s rate.  That gives some pause, especially when you have flashbacks of the opening interception in the Purdue game last year or the 5 interception game against Wake Forest.

Between Ramsey and Dawkins, their passing ability doesn’t separate them enough to name a starter.  Ramsey probably has the lower floor as he avoids negative plays.  But Dawkins has the higher ceiling as evidenced by the yards per attempt.  Either quarterback would probably cause some frustration throughout the season either for what they did or for what they didn’t do.  Even if Ramsey ends up being the better passer, which is completely in the realm of possibility, there’s another dimension to these quarterback’s ability, and it is the one that moves Dawkins ahead.

It’s the ability to impact the game on the ground.

Dawkins averaged 8.5 yards per carry[ref]These numbers exclude sacks and yards lost to sacks[/ref] in his time at Arizona versus 3.9 yards per carry for Ramsey.  Yes, Dawkins was playing in Rich Rodriguez’s quarterback stat-producing system, but it’s evident he can run.

Ramsey eclipsed the 10 yard gain mark on just 6 of his 82 rushes.[ref]This total excludes sacks[/ref]  That 7% mark is dwarfed by the 26% figured posted by Dawkins in his Arizona career.  Even if some of this production is a product of the Rich Rod system, it is evident that Dawkins has an ability to make big plays.  He is much more likely to turn a 10 yard gain into a 20 or 30 yard gain than Ramsey.  The sophomore signal caller is mobile, but I wouldn’t call him elusive.  His 6 gains of 10+ yards includes two rushes of 10-yards, one 11-yard run, one 12-yard run, one 15-yard run, and his 26-yard touchdown against Virginia.  Tiny sample size, partly because he didn’t reach the 10-yard mark often enough, but just 1 in 6 of Ramsey’s explosive rushes went for more than 20 yards.

Brandon Dawkins not only had a higher percentage of explosive rushes at 26%, but 42% of his carries that went for 10+ yards reached the 20+ yard mark and 24% went for 20+ yards.

Tom Allen has stated his preference for an accurate passer who can also challenges defenses on the ground.  I think that statement would be true of nearly every coach.

Zach Osterman of the IndyStar quoted Allen as saying, “It’s about being an accurate passer,” Allen said. “To me, you’ve got to throw the football. But then, the ability to make something happen with your legs and force the defense to account for you, because that’s a critical part.”

Does Dawkins check all those boxes?  Probably not.  It’s reasonable to overlook his completion percentage in favor of his yards per attempt.  However, it’s not possible to overlook his interception rate.  That will seemingly be an issue.

But his tantalizing potential to boost Indiana’s ground game should more than offset any deficiencies in the passing game and make Brandon Dawkins the primary quarterback for Indiana this season.