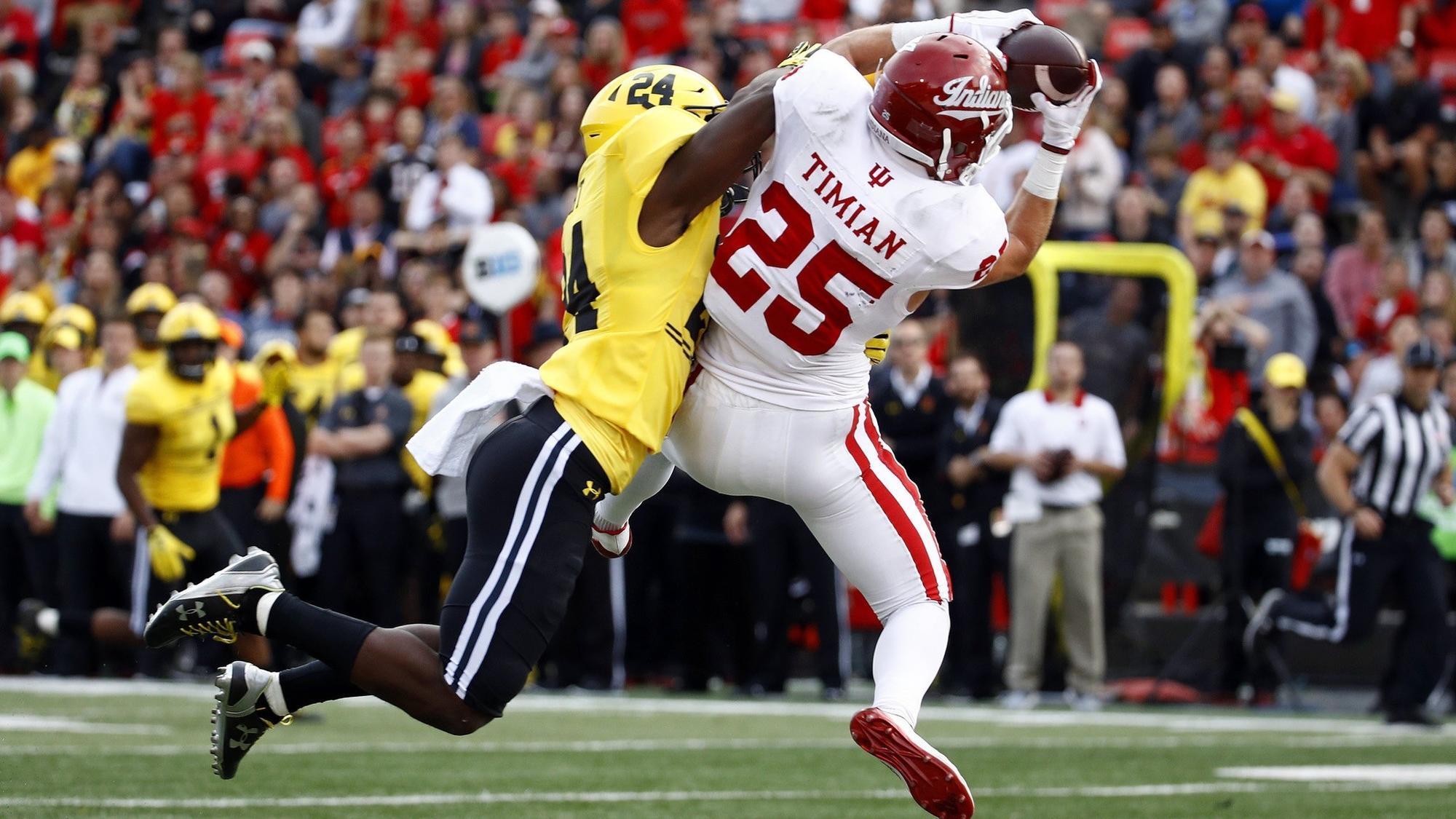 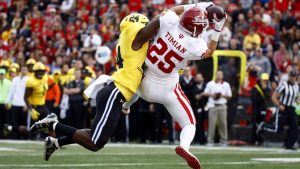 In our final examination of the Indiana offense, we shift to the efficiency of the IU passing game.

In this regard, like so many aspects of the 2017 offense, the Hoosiers regressed.

The success rate on plays where IU attempted a pass, was sacked, or the QB scrambled under pressure fell, from 42% to 39%.

On only pass attempts, Indiana’s success rate was 41%, down from 45% in 2016.  Quarterback Richard Lagow’s passing success rate dropped from 45% to just 40%  The Virginia game saw him start off with just 2 successful passes in 10 passing attempts, including an interception, before he was benched in favor of Peyton Ramsey.  The young signal caller finished the game with a 55% success rate passing.  He’d end the season with a 45% success rate, the same rate IU managed in 2016.

Interestingly, Indiana’s passing success rate dropped despite a decrease in the percentage of deep passes.[ref]Defined here as passes traveling 21+ yards downfield.[/ref]  Not only did the Hoosiers exchange more downfield passes for a shorter passing game, limiting the potential for big plays, they also weren’t as efficient.

The decrease in deep passes wasn’t just the result of Peyton Ramsey’s time at quarterback.  He passed deep on almost 9% of his attempts.  The percentage of deep pass attempts under Richard Lagow dropped from 16% in 2016 to 8% last year.  His average depth of target dropped from 10.5 in 2016 to 8.2 last year.

Shorter passes tend to have a higher success rate.  Therefore, in theory, having a higher percentage of short passes should increase success rate.  But that didn’t happen.

What’s left are the intermediate passes traveling between 11 and 20 yards downfield.  Indiana’s success rate on these passes fell from 64% to 44% last year.

As best that I can tell, this decrease was mostly caused by a change in receivers.[ref] The other big changes from 2016 to 2017: scheme and playcalling, as The Kevins (Wilson and Johns) gave way to Mike DeBord. While that coaching change may well have played a role here, we will set aside for purposes of this post.[/ref]  In 2016, 83% of the WR targets in this range of the field went to Nick Westbrook, Mitchell Paige, Ricky Jones, and Luke Timian.  Those are 4 players with a decent proficiency for catching the ball.  Excluding deep passes which have a lower success rate, they combined for a 64% catch rate and a 51% success rate in 2016.

Fast forward to 2017 with Paige and Jones graduating and Nick Westbrook injured on the opening kickoff.  Nearly 80% of the intermediate WR targets went to Simmie Cobbs, Luke Timian, Donovan Hale, and Taysir Mack.  Excluding deep passes, that group combined for a 57% catch rate and a 39% success rate.  They simply were not as good of pass catchers[ref] And I am rolling route running into my definition of “pass catchers” here because I suspect that effective route running plays an important role in creating space for completions on intermediate passes[/ref] compared to what Indiana had the prior year.[ref]If you are wondering how Indiana could be slightly better on deep passes but so much worse on intermediate passes, I think the answer has a few reasons.  First, Indiana attempted just 29 passes deep in 2017.  Whenever there is a smaller sample size, it increases the possibility of randomness.  It’s also possible, because they took fewer shots downfield, that they only passed deep on less-risky attempts.  Finally, with such a small sample size of pass attempts, a larger proportion of them went to Simmie Cobbs.  Cobbs had a 52% target share on deep passes and a 47% success rate last year.  The year prior, Nick Westbrook led the deep target share at 37%.  While he did fine success-wise, the other two players with a deep target share of more than 10% were Ricky Jones and Mitchell Paige.  Both of these players were intermediate monsters, but struggled on deep passes as you might expect given their size.[/ref]

The point is that Indiana’s efficiency struggles in the passing game seem to stem a great deal from the personnel change.

Looking to 2018, the good news is that both Luke Timian and Nick Westbrook return.  Both have demonstrated strong pass catching skills, combining for a 63% catch rate in their careers.

Whop Philyor had an incredible 78% catch rate last year.  That figure should drop this year, especially if he plays more on the outside where he average depth of target will be deeper.  But it is still going to be a very strong rate.

Donovan Hale doesn’t offer much in the way of efficiency, but J-Shun Harris has a career 64% catch rate.

All in all, there’s a lot to like with this group of receivers.  Just based on personnel, their explosiveness seems to be improved in addition to knack for catching the ball.

The great unknown are injuries.  The expected strength on offense last year was hampered by injuries to IU’s best all-around receiver and their best big play threat.  If the Hoosiers can get full health from Westbrook, Timian, and Philyor, they will be in good shape.  The other receivers can fill in and utilize their strengths.  If injuries occur, we could have a similar situation to last year.