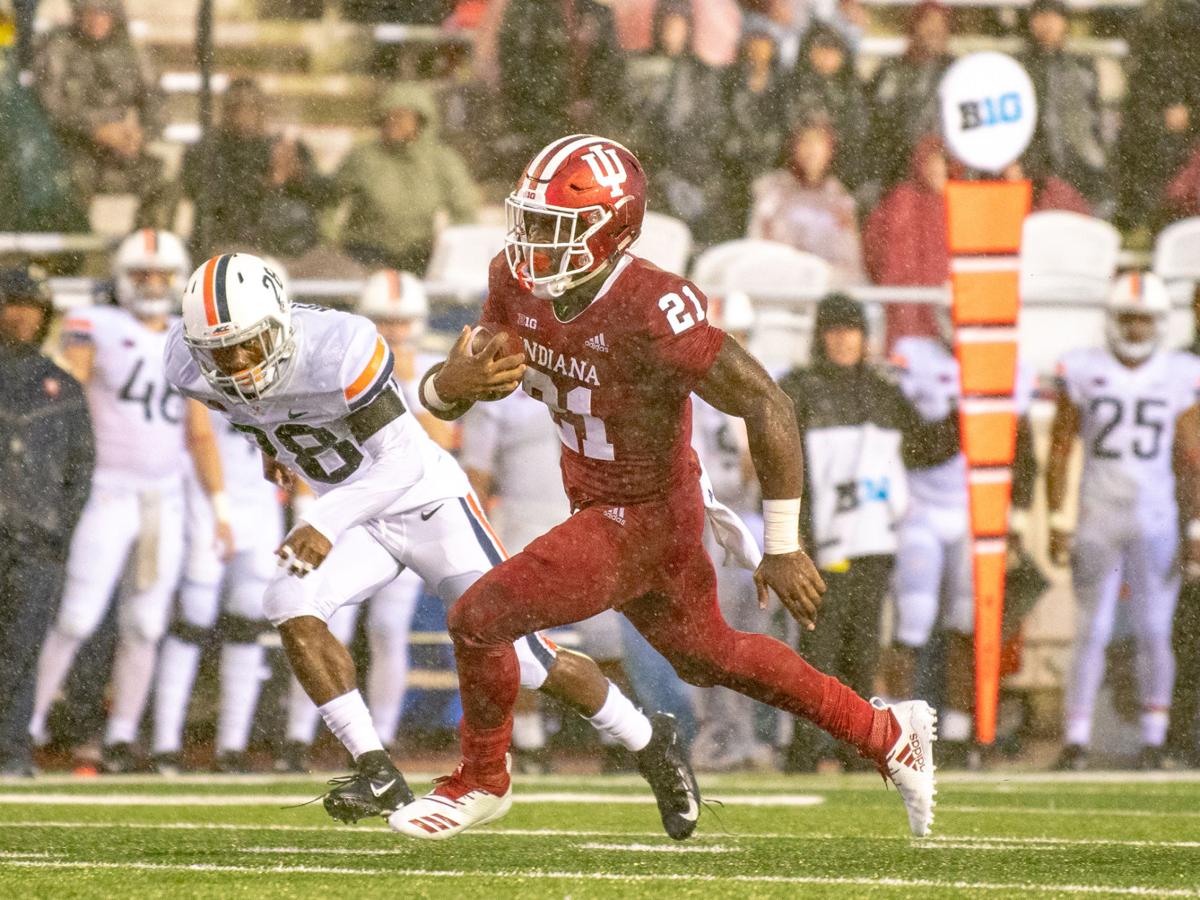 If before the season you predicted that Stevie Scott’s running and the offensive line’s run-blocking would carry IU to a victory, you shouldn’t be wasting your time making IU football predictions. I, for one, didn’t see this coming.

While Ramsey’s early throws into the wind were terrifying to watch, they mostly found the intended target, with some assistance from his receivers. Later, with the wind at his back, Ramsey threw consecutive dimes down the field to Hale and Westbrook, the second for a TD. And that was about it for Ramsey’s day through the air. He wasn’t asked to do much in the 2nd half, yet he still managed to throw a bad pick and tried to throw another before it was nullified by a

From a pass protection standpoint, IU started off a little shaky, allowing pressures on three of Ramsey’s first six drop-backs. From there, the line steadied themselves and ended up only allowing a 26% pressure rate, which isn’t terrible.

Last week, I mentioned that IU’s improved outside running – in the form of Reese Taylor and Whop Philyor – might open up things between the tackles. On Saturday, UVA was very clearly concerned about stopping IU’s jet sweeps, and Coach DeBord & Co. smartly used that to IU’s advantage. Both of Stevie Scott’s long runs came on inside zone plays that featured fake jet-sweep action designed to create space by drawing back-seven defenders to the outside run.

Much has been said about Stevie Scott’s emergence as the No. 1 back that IU desperately needed, and rightfully so. Scott’s patience and power have been amazing by any standard, but are truly remarkable in a true freshman. That said, we shouldn’t lose track of the offensive line’s performance. To my eye, this was the line’s best run-blocking effort in the DeBord/Hiller Era. And it wasn’t just runs behind usual-stalwarts Wes Martin and Coy Cronk. Runs behind the right side of the line – Simon Stepaniak and Brandon Knight – were actually more productive, including both of Scott’s long runs.

We saw last week that IU seemed to be favoring zone runs over gap schemes (counters, powers, pin-and-pulls, etc.), and that only intensified in Week 2. I only noted one play where IU utilized a pulling lineman. All the rest were either inside or outside zone runs. It may be that the coaching staff has realized that this offensive line is just

better at zone blocking, and they are wisely playing to this group’s strength.

Going forward, I expect defenses will make stopping Stevie Scott more of a priority.[ref] That said, it’s not like UVA was sitting back in this one. Scott’s big day came against a stacked box for the most part.[/ref] While that may depress Scott’s numbers a bit, that should, in turn, open up outside running lanes for Taylor and Philyor, as well as create some downfield passing opportunities for IU’s QBs. It also might turn out that UVA is just a bad defense against the run, and this was just a one game aberration. We’ll have to wait and see.

Finally, Stevie Scott broke a bunch of tackles. Last season, Cole Gest and Morgan Ellison led IU with 11 broken tackles each. At this rate, Scott will surpass that total by Week 4.