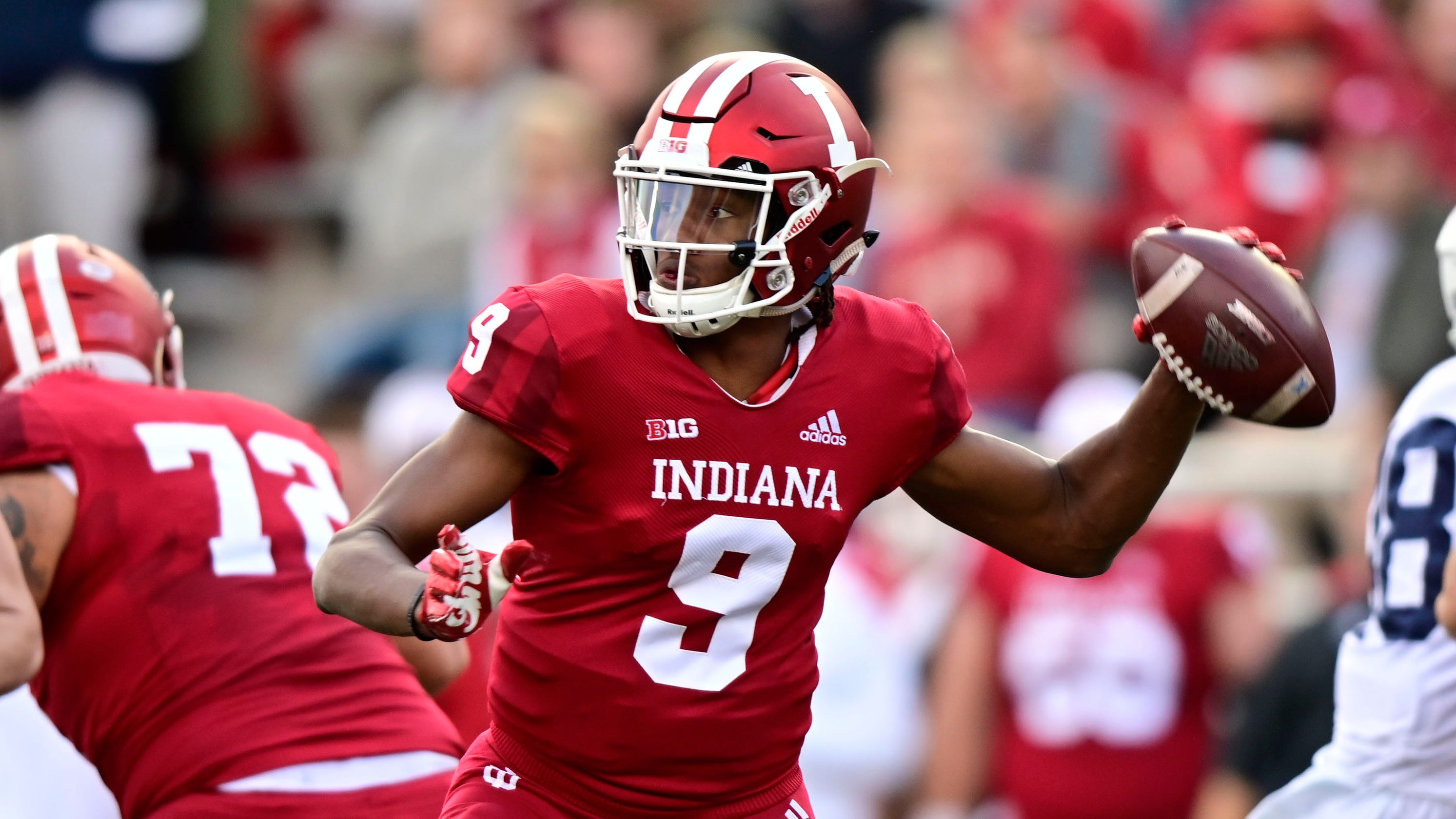 A new fall means a new round of PJP’s Over/Under game.

Every week, we’re going to post over/under “bets.”  We will be tracking picks on the website so please register if you haven’t already.

For the uninitiated, the standard over/under bet is on the total number of points in a game. Basically, a number is set that represents what someone has determined is a likely amount and you choose whether you think the total will be “over” the set number or “under.”  Our over/unders will generally be a little more in-depth than simple “total points.”

We’ll keep track of how everyone does over the course of the season.  The contest will include this regular season over/under, the 12 individual games, and hopefully a bowl game, after which we will crown a 2019 champion.

Note, all these O/Us are based on the regular season only.

With Michael Penix being named the starter, expectations are high.  While unproven, he has a strong arm and is mobile enough to make plays on his feet.  The number 3,309.5 was chosen because it would represent the 2nd highest total offense amount by an IU player in the last 10 years.  The only season better was Nate Sudfeld’s 3,634 in 2015.  In too many of the other seasons, IU either had subpar QB play or split QBs due to either intent or injury.  Coach Allen has stated that Penix is the guy.  He averaged 6.4 yards per play last season compared to 5.8 for Ramsey.  You’d also think Indiana’s offense will be improved which would result in more plays overall.  If Penix can stay healthy all season, he should have a great chance go over on this line.

Stevie Scott was amazing last year.  Rising from the ashes of Morgan Ellison’s dismissal, Scott rushed for 1,137 yards.  That ranked 5th in the Big Ten.  The true sophomore returns as the unquestioned leader in the Indiana backfield.  Having said that, I find it difficult to imagine that he’ll exceed his 2018 rushing yard total.  Injuries can always play a factor, but the bigger impediment will be depth at the position.  After Cole Gest was injured last year, the depth behind Scott was fellow freshman Ronnie Walker along with Mike Majette.  This year, Walker returns and is joined by another highly-touted freshman in Sampson James.  Cole Gest is also back from injury.  Simply put, this is a deep, deep position as evidenced by the Ivory Winters potential transfer.  As Dan mentioned earlier, at Eastern Michigan and Fresno State under Coach DeBoer, “it was not uncommon to see three backs carry the ball in a single drive.”  Scott had 83% of the RB carries last year.  As talented as he is, that’s way too high.  If one of IU’s backup running backs emerges as a strong compliment to Scott, the chance of back-to-back 1,000 yard rushing seasons may not be high.

In 2016, IU had just 93 receiving yards by tight ends.  In 2017, with Ian Thomas healthy, that number increased to 445.  Last season Indiana had just 232.  Peyton Hendershot had the majority with 163.  Hendershot is not Ian Thomas, but he’s athletic and is IU’s best receiving tight end.  More than that, he’s now playing in an offensive system under Coach DeBoer that utilizes the position.  Outside of Hendershot, there’s a bit of an unknown.  Matt Bjorson, T.J. Ivy, and Gary Cooper are the backups so it’s possible one of them emerges.  Or as Dan wrote about earlier, it’s possible DeBoer adjusts his offense to utilize the wide receiver depth available to him.  Eventually as he recruits to his system, the tight end production might expand.  Having it happen in year 0 might be optimistic.

Can we agree that turnovers can be pretty random?  Two pretty good IU defenses in 2016 and 2017 forced 23 and 13 turnovers, respectively.  Last year’s somewhat disappointing-by-the-last-3-seasons-standard defense forced 26 turnovers.  It was one of the areas that the Hoosiers excelled last year.  They were probably a bit lucky, but they also could have been unlucky in 2017.  After all, if you combine 2015’s USF team with 2016-2018 Indiana, Tom Allen’s defense rank 33rd nationally in turnovers gained per game over the last 4 years.  And while he isn’t the person directly in charge of the defense this year, much of the same basic structure is in place.  Hopefully that includes an above-average amount of turnovers forced.

After 33 sacks in 2016 and 36 in 2017, the Hoosiers recorded just 22 last season. That ranked just 91st nationally on a per game basis.  We touched on the lack of a pass rush in 2018 and its impact on the defense as a whole.  As Dan noted, “IU returns more than 60% of last season’s pressures.”  While obviously sacks are not a complete representation of a pass rush, the the Hoosiers return a little under 60% of their sack production.  Add to it the expected production of sophomores James Head and Lance Bryant and the Hoosiers should at least be able to match their disappointing 2018 performance.  And with improved performances across the board, Indiana could get close to the Scales, McCray, Gooch era.

Vegas has the line at 6.5 wins.  Meanwhile, Bill Connelly at  ESPN has the Hoosiers with 6.7 projected wins.