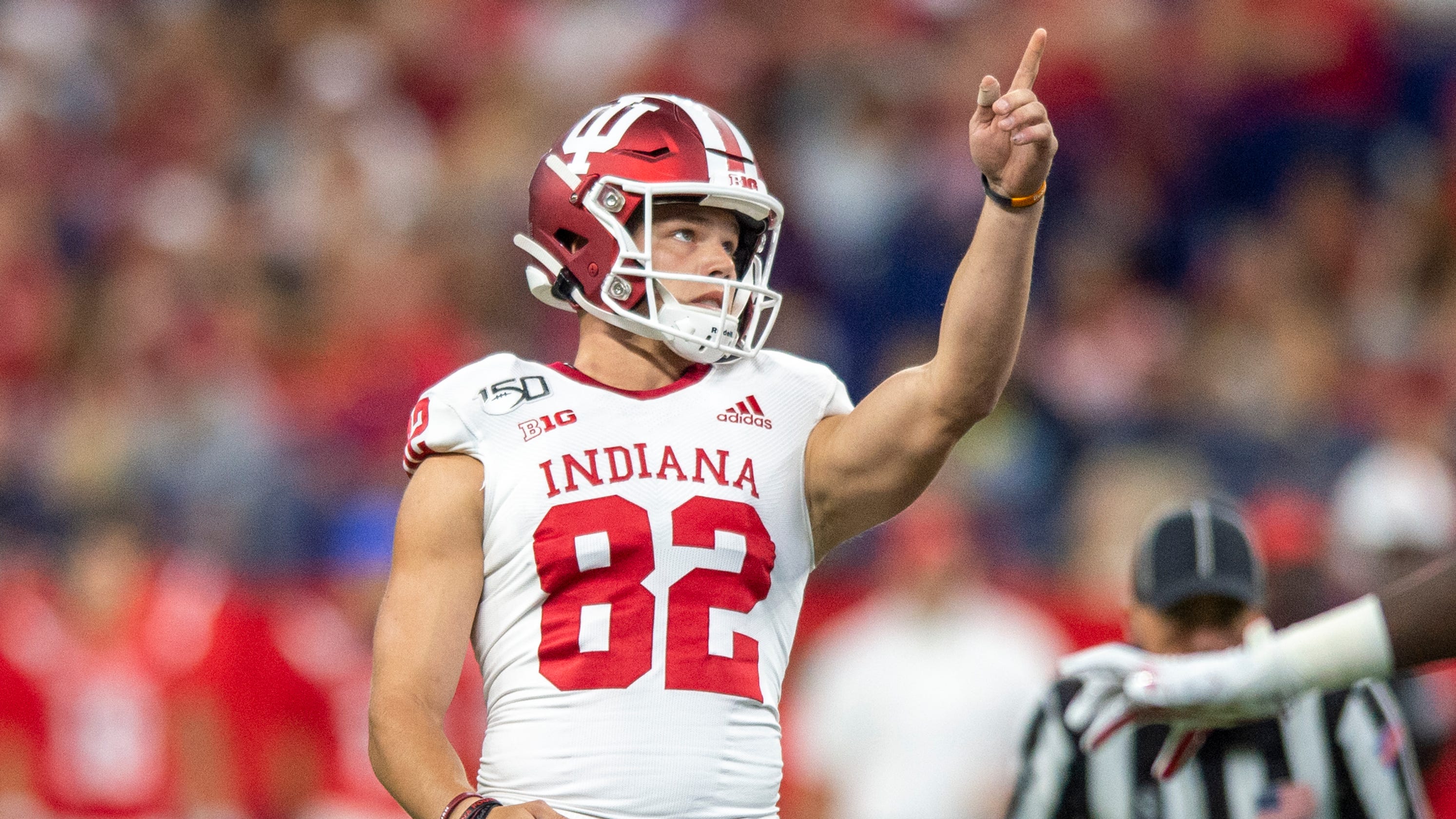 The Hoosiers head home to take on Eastern Illinois.  As long as Tony Romo isn’t sitting next to the EIU coaching staff calling out the plays before they happen, Indiana should be okay.

Michael Penix played the whole way in the closer-than-hoped-for Ball State game.  If the Hoosiers can get up big in this one, we’ll likely see one of the other QBs.  If I had to wager, it’d be Jack Tuttle.  He’s already redshirted so you aren’t gaining anything by not playing him.  Plus it gives the coaching staff time to evaluate him in a game.  The staff already knows what it has with Ramsey so I’d assume he’d be less likely to see action.  However, the staff might also want to give him some game reps because if Penix is injured this season,1 it’s likely that Ramsey is the next QB up.

Sampson James came into the season as the highest ranked recruit in the 2019 class.  While he still may push Stevie Scott for carries, he had just 1 against Ball State and failed to gain a yard.  You have to assume he’ll do better this week.  However, Eastern Illinois struggled against the pass in their season opener but allowed just 2.8 yards per carry on the ground.

Philyor had catches of 17 and 18 yards against Ball State.  He ended up with 6 catches on 10 targets for 66 yards.  Whop has 4 receptions of 20+ yards in his career, including just 1 in his injury-plagued sophomore campaign.

Jones led the Hoosiers in tackles against Ball State with 11.  That was a career high beating his former personal best of 7 against Ohio State last year.  Hopefully the start of his senior season is a foreshadowing of good things to come for Jones.

Logan Justus had a career day, making a 48 yard field goal, then upping his career long with a 49 and finally a 50 yard field goal.  It was quite impressive and that’s even at a school that has had a great run of reliable kickers.