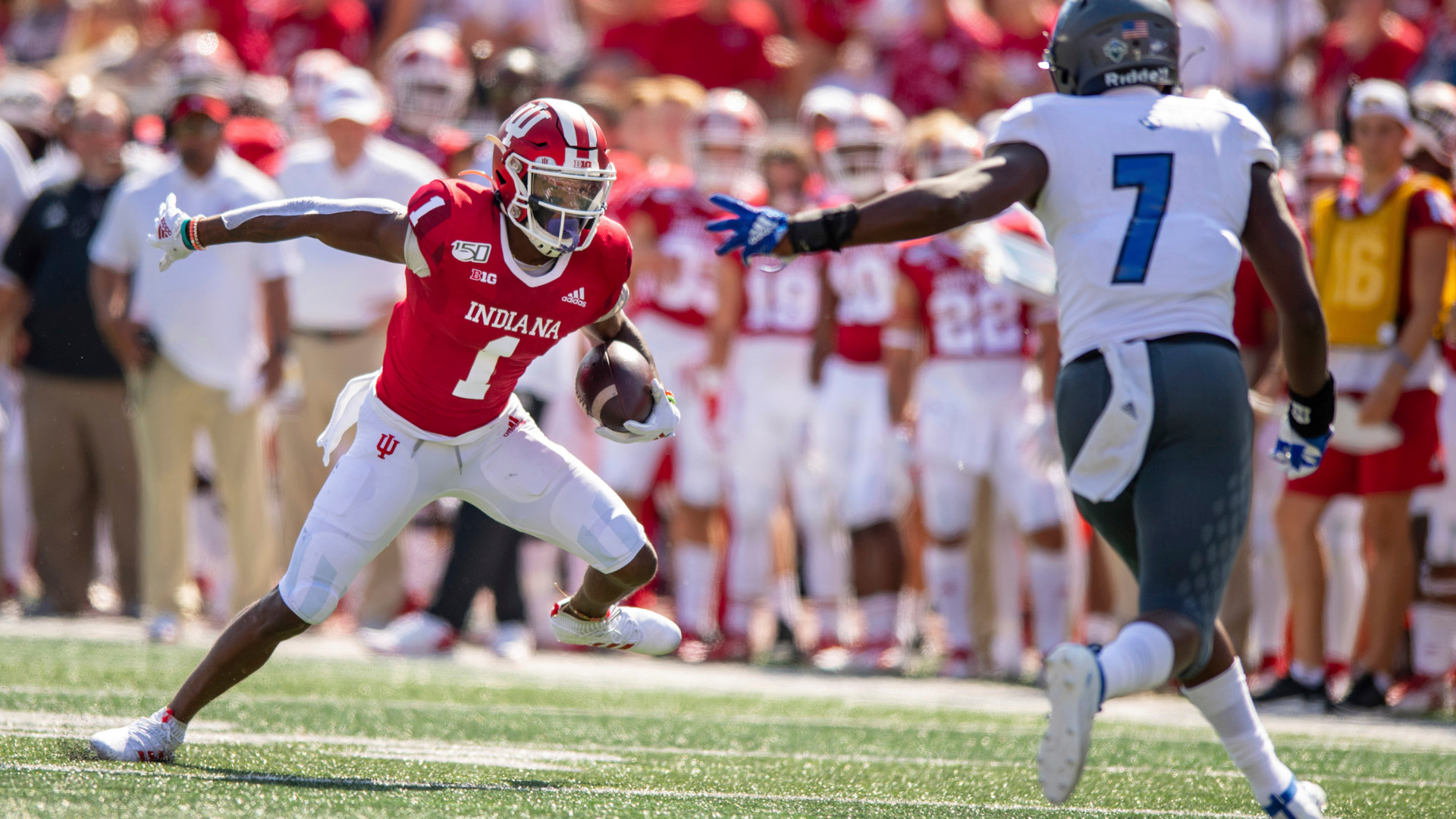 It was a dominating effort against an outmatched Eastern Illinois team.  The Hoosiers had a yards per play margin of 5.33.  For reference, the last 2 times Indiana shut out a team, Charleston Southern in 2017 and Rutgers in 2017, had margins of 3.08 and 3.29.

Michael Penix started and led the Hoosiers to 4 touchdowns on the first 6 drives.  Late in the second quarter he was replaced by Peyton Ramsey.  The junior QB found Ronnie Walker in stride for a short pass on his first play of the game and Walker took it 64 yards for a touchdown.  Not bad.  Ramsey played into the fourth quarter but gave way to Jack Tuttle following Indiana’s 7th touchdown of the game.  Tuttle, making his college football debut, finished things out playing mostly with 3rd and 4th string players.  As far as play count it was Penix 37, Ramsey 21, and Tuttle 17.

Sampson James had 12 carries gaining just 22 yards.  He had 1 carry in the 2nd quarter, 1 in the 3rd, and the remaining 10 in the 4th.  You’d like to see more production from the freshman back, but it’s worth noting that, for most of his carries, he wasn’t running behind the starting offensive line.  Even early on, after Stevie Scott, the backup running backs frequently rotate.  Walker received the first carry by a backup.  Gest and James both added a carry before Walker had his second carry.

It took just 13 plays until Penix found Philyor for a 36 yard gain.  Seven plays later, for good measure, Whop spun his way to the Eastern Illinois 3 yard line on a 29 yard reception.  Having a healthy Philyor, along with Westbrook, Hale, and Hendershot, gives Kalen DeBoer and Michael Penix a diverse and complimentary receiving group that can go a long way towards having an explosive offense.

Jones tied for the team lead in tackles against Eastern Illinois with 4 as the Hoosiers rotated in a lot of players.  He, along with the entire Indiana defense, will need to be on their game against the potent Ohio State defense.

Logan Justus didn’t attempt a field goal all game, instead making all 6 extra points.  He then gave way to redshirt freshman Charles Campbell making his college football debut.  Campbell made an extra point before connecting on a 48 yard field goal.  If Campbell is as good as advertised when Tom Allen offered him a scholarship, Indiana will continue to have a dependable kicking game next season following the graduation of Justus.

In dominating fashion, the Hoosiers rolled to a 52 point victory, a Memorial Stadium record for margin of victory.