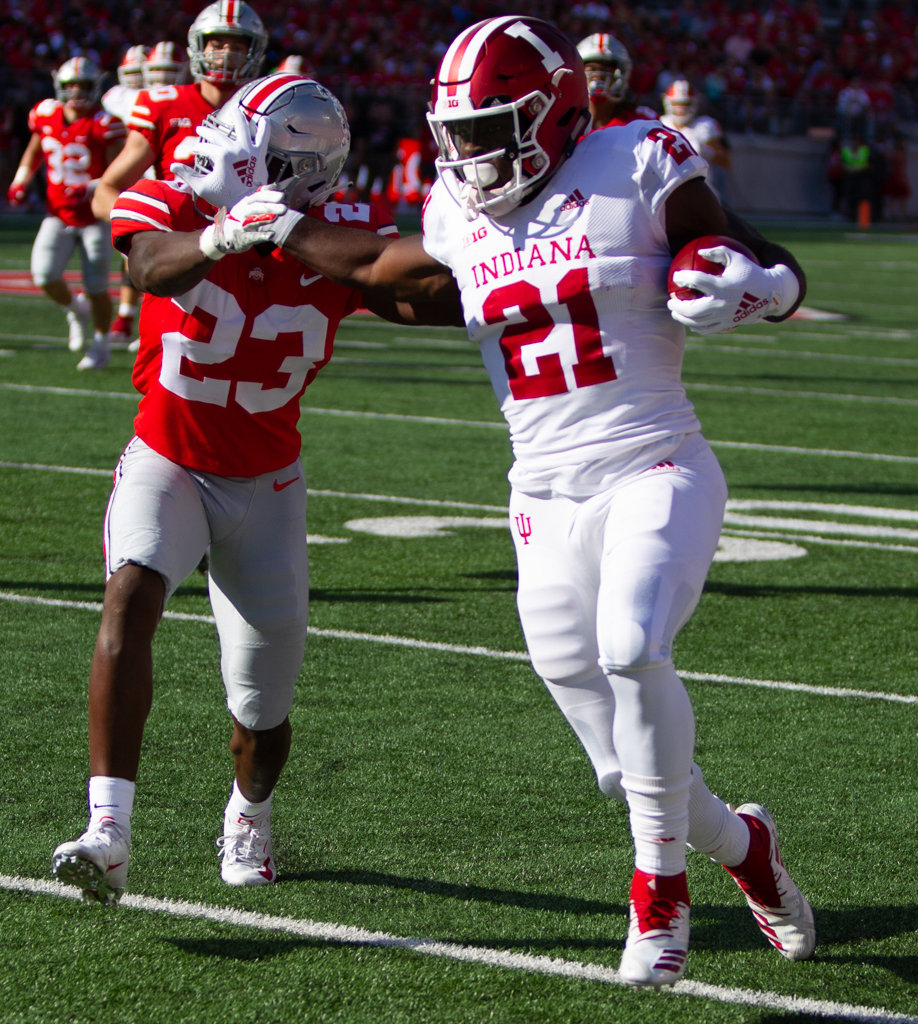 Indiana faces Ohio State at home this weekend. Vegas has pegged the Hoosiers as 16.5 point underdogs which sounds like a lot but is the lowest spread between these teams in years.

The Hoosiers and Buckeyes have played 12 times since 2005.  If you compare the final SP+ ratings, not the rating at the time of the game but the season-ending rating, and adjust for home field advantage, Indiana would have been expected to have 0.74 TOTAL wins.  Had they won just a single game during that time period (2012 or 2014 or 2015 especially or even 2017) Indiana would be considered to have overachieved against the Buckeyes.  Yes, Indiana has failed to actually get that elusive win.  But given the opponent they are facing, you could barely call it an underachievement.

Last season, Indiana was able to stay relatively close to Ohio State due to their big plays.  They had 4 passes of 30+ after entering that game with just 3.  This year, Indiana has 4 such pass plays, and could be at least 2 higher without some dropped passes.  Last season, Fresno State averaged a 30+ yard pass play on 6.8% of attempts compared to 3.3% for Indiana.  Kalen DeBoer knows how important big plays are to Indiana’s offense and he has the QB and receiving core to execute it.  Ohio State has allowed 2 such plays in 63 attempts this season.

Scott is off to a relatively slow start, gaining 109 yards on 31 carries.  You’d like to see more production against a couple of the weaker defenses that Indiana will face.  He has a rushing success rate of 42% compared to 47% last year.  He posted a 44% mark against Ohio State last year.  Since 2014, Indiana’s running backs have averaged just a 25% rushing success rate against Ohio State and only Scott has a career mark against the Buckeyes that is greater than 33.3%.

The sophomore transfer from Georgia is off to a hot start, completing 76% of his passes for 6 touchdowns.  He’s also averaging 9.2 yards per attempt.  He lost a fumble in the opening game against Florida Atlantic but he hasn’t tossed an interception yet.  In fact, he hasn’t thrown an interception in his brief 2 year career.  Winning the turnover margin, even if it is on lucky bounces of the football, would go a long way towards closing the gap and giving the Hoosiers a chance of victory.

In 2 games against Indiana, Dobbins has rushed 55 times for 263 yards, a YPC average of 4.8.  His success rate in those rushes is a strong 47%.  For reference, that number is similar to Morgan Ellison and Stevie Scott rates.  However, if you are Indiana, those are probably numbers that you can live with.  In those 55 rushes, only 4 have gone for 10+ yards.  His opportunity rate (the percentage of carries gaining 5+ yards) is just 27% in his 2 Indiana matchups compared to a 49% mark overall over the last 2 seasons.  Avoiding the huge rushes, like the ones Ezekiel Elliott had against IU in 2015, will be important for the IU defense.

With 4 against FIU and 5 against Cincinnati, Ohio State enters this game with 9 sacks on the year.  Junior Chase Young, the former #7 overall recruit in 2017, has 3 and 6 other players have recorded at least a half sack.  Meanwhile, Indiana is one of 6 teams that has not allowed a sack all season.  In fact, Michael Penix has never been sacked.  Last season Ohio State had 3 sacks against Indiana.