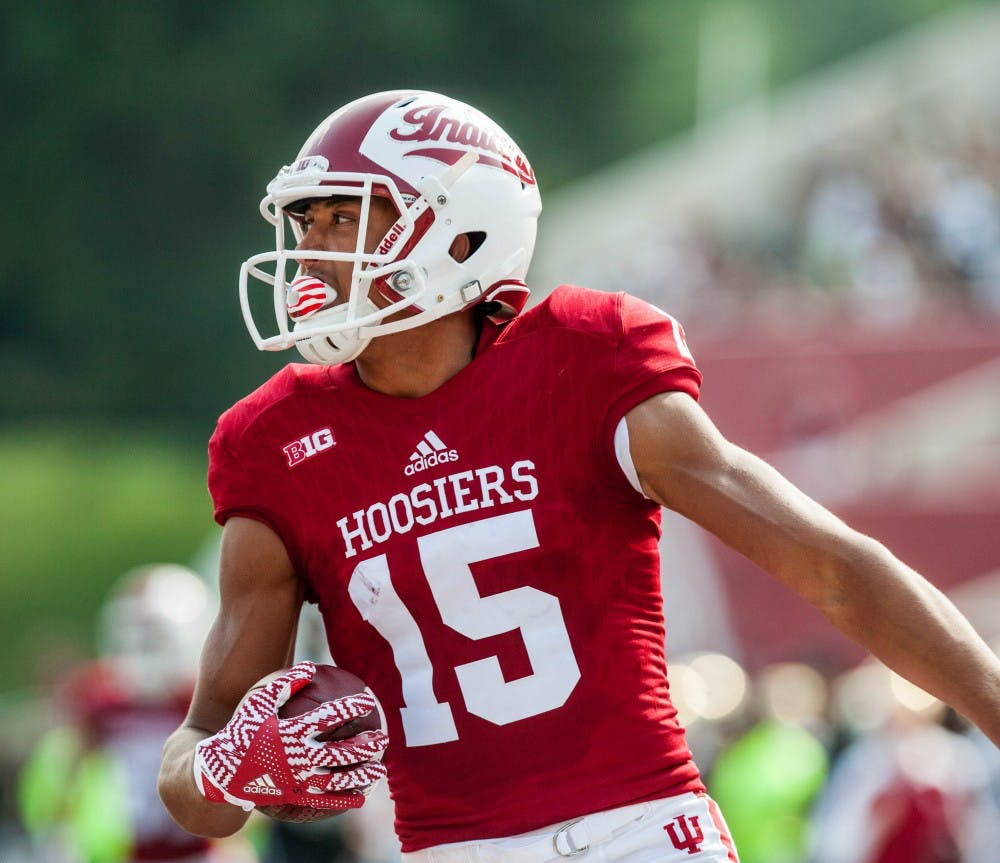 The Hoosiers look to rebound from their beatdown against Ohio State with a game against hapless Connecticut.  If there was ever a game to build the team’s confidence prior to Michigan State, it’s this one.

A year after posting a 52% first-down success rate1 in non-garbage time against the Buckeyes, Indiana posted just a 31% mark in the first half against Ohio State.  That non-garbage mark is the lowest since the Michigan game last year and the fourth worst mark since the start of the 2017 season.  The opponent this week isn’t Ohio State so it stands to reason Indiana will get going more on offense.  The Hoosiers averaged 41% in 2017 and 44% last year on first down.

Westbrook has just 13 targets on the season, getting 6 in the opener and 7 against Ohio State.  He caught 3 in each of those games and has 134 receiving yards on the season.  He’s currently fourth on the team in targets and receiving yards behind Whop Philyor, Peyton Hendershot, and Donavan Hale.

Indiana had 232 receiving yards by tight ends in 2018.  The Hoosiers already have 215 this year led by Peyton Hendershot with 191.  Hendershot will play on Saturday although how much is probably tied to the competitiveness of the game.  Freshman T.J. Ivy would be the next man up as a primary pass-catcher, but he missed the Ohio State game with an injury.  Matt Bjorson is the other backup tight end and has 4 targets on the year without a reception.

Connecticut recorded 4.84 yards per play in their win against Wagner and 4.75 in their loss to Illinois.  In non-garbage time Indiana has allowed 4.9 against Ball State and 8.2 against Ohio State.  They allowed 2.1 in the game against Eastern Illinois which, as an FCS opponent, counts entirely as garbage time for us.  On the season, Connecticut is 112th nationally in yards per play.

Excluding sacks, Connecticut rushed 24 times for 40 yards in their last game against Illinois.  In Indiana’s last game, the Hoosiers allowed 2 single rushes of 40+ yards.  If Indiana can shore up their tackling issues, they should be in line to shut down the UConn rushing game.