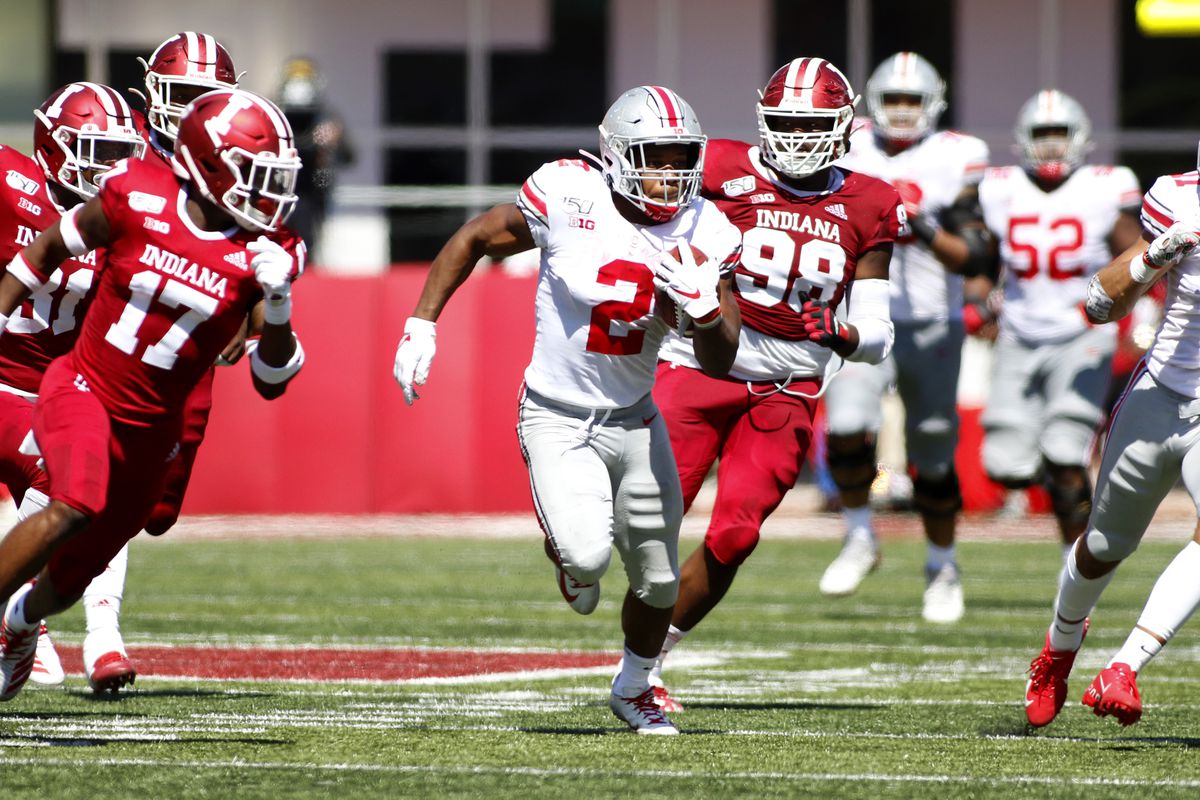 Indiana played a football game last weekend.  We’re not trying to relive too much of it here.  Mainly just want to hand out some points.  Let’s get to it.

Without Michael Penix, this one probably favored the under despite Peyton Ramsey’s deep ball success against Ohio State last year.  Given his body of work, that game was the exception not the rule.  He did connect with Whop Philyor for a 29 yard pass play although the actual pass traveled just 3 yards downfield with Whop taking the crossing pattern for another 26 yards.  And, as expected, Donovan Hale had Indiana’s only pass of 30+ yards on some trickery to Peyton Hendershot.

In one of the closest O/Us we’ve had, the overs narrowly take the win by 0.03%.  Once again, Indiana running backs struggled to run the ball gaining just 29 yards on 13 carries.  Stevie Scott had just 6 rushes with 2 deemed successful.  Those were a 3rd and 1 conversion and a 5 yard run on 1st down.  If Indiana can’t run the ball even a little, this offense will struggle mightily without Michael Penix.

Fields was good in this one throwing 24 times for 199 yards while Ohio State dominated on the ground.  In addition, he was again turnover-free.  Indiana did recover a fumble late in the game but with just 6:35 remaining, Indiana was unable to overcome a 41 point deficit.

Dobbins exploded against a generous Indiana defense, rushing 22 times for 193 yards and a touchdown.  His opportunity rate, the percentage of carries going for 5+ yards, was 59%!  In fact, Indiana allowed a non-garbage opportunity rate of 56% against the Buckeyes which is the 2nd worst mark1 in the last 7 seasons.

Indiana was demolished up front getting sacked 5 times by an elite Ohio State defense.  Chase Young had 2 of the sacks.  Peyton Ramsey was sacked 4 times and Jack Tuttle got in on the action being sacked late.

At the end of the first quarter it was 7-3.  Then the second quarter happened and Ohio State took at 20 point lead into halftime.  And then they apparently played a second half as well.