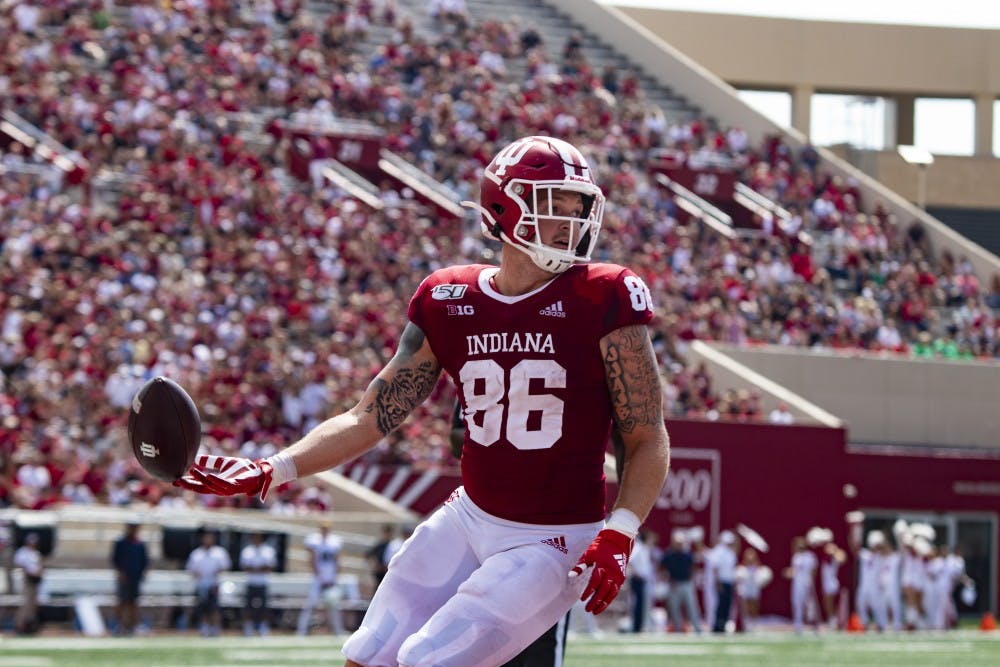 Another week, another game ending in garbage time.  There wasn’t a ton to glean from the past game except Connecticut is really bad.  But we can still take a stroll down over/under lane.

Westbrook’s quiet season continues as he saw just 2 targets on the day which was tied for 5th on the team.  He’ll probably see a slight uptick when Michael Penix returns but the slim goal of him becoming Indiana’s all-time leading receiver has probably vanished.

Peyton Hendershot received Indiana’s first target on the day although the 10 yard gain ended in a fumble.  If you exclude the terrible Ramsey interception in which it appeared he was targeting Hendershot, the tight end ended up catching all 5 of his targets for 43 yards.  Matt Bjorson added a 6 yard reception as the Hoosiers continue to utilize the tight end position.  Peyton Hendershot is currently 5th nationally in receiving yards by a tight end.

It was a dominating performance by the Indiana defense.  The 2.92 yards per play in non-garbage time is the lowest by an IU defense in a FBS game since at least 2013.  Considering the defenses prior to 2012, I’m guessing we’d have to go back a ways.  Indiana is currently 24th nationally in yards per play allowed at 4.53.  Their next opponent, Michigan State, is 3rd at 3.61.

The Huskies struggled both rushing and passing averaged 2.8 yards per play in each once sacks are adjusted as pass plays. On the ground, Connecticut had just 56 yards on 20 rushes.  The Hoosiers now rank 57th in rushing yards per play allowed.

After a bit of a slow start, the Hoosiers pulled away big in this one as UConn never got anything going.  And after 4 relatively uncompetitive opponents to start the season, the Hoosiers will head into conference play looking to build on their as-expected 3-1 start.