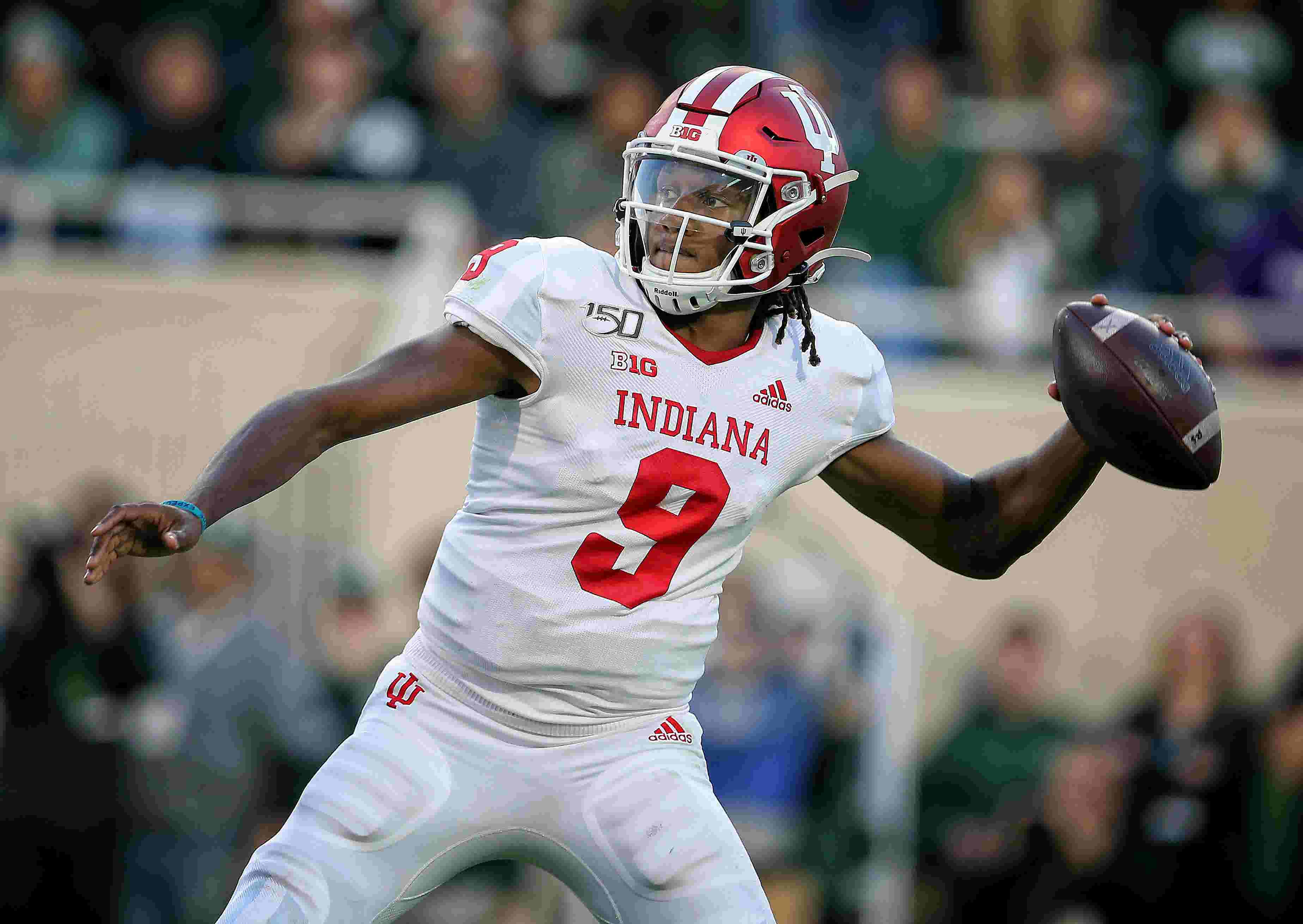 After a close loss to Michigan State, Indiana heads into their bye week with a 3-2 record, but plenty of optimism.

As expected, it was a tough time for Indiana on the ground.  And that was even with Stevie Scott having his 2 longest rushes of the season at 19 and 12 yards.  This one could have easily flipped to the overs on Scott’s 12 yard run but he was tripped up with nothing but the end zone ahead of him.  As it was, the sophomore averaged 3.7 yards per carry.  Not helping Indiana rushing total, or their chance to win the game, was the 7 yard loss on the jet sweep to Sampson James on 4th and 1.

Michael Penix started and was electric for Indiana completing 33 of 42 passes for 286 yards.  If Penix can continue to limit his turnovers, Indiana will have a very successful offense given his passing ability.  For his career, he is averaging an interception every 68 pass attempts compared to every 37 for Richard Lagow and 36 for Peyton Ramsey.

Coming into the game there was a some question as to whether Bachie would play, or how much, due to an undisclosed injury.  But the senior linebacker started and finished with 7 tackles, including one for a loss.  He continues to lead the Big Ten in tackles.

This was a back and forth game with neither team jumping out to more than a touchdown lead.  It was a classic game that you figured would come down to who had the ball at the end.  After Indiana scored with 2 minutes remaining to tie the game, no IU fan felt comfortable.  And that belief was realized when Michigan State essentially ran the clock out and kicked the game winning field goal.  Ultimately Indiana’s final play led to a touchdown for MSU to turn a 3 point lead into a 9 point lead.

Indiana scored on all 5 of their scoring opportunities.  They finished with 4 touchdowns and 1 field goal.  Finishing drives with touchdowns instead of settling for field goals went a long way towards giving IU a chance at victory.  In fact, Indiana has done a great job finishing with TDs this year averaging 5.2 points per scoring opportunity.  That’s up from 3.4 in 2016, 4.7 in 2017, and 4.2 last season.