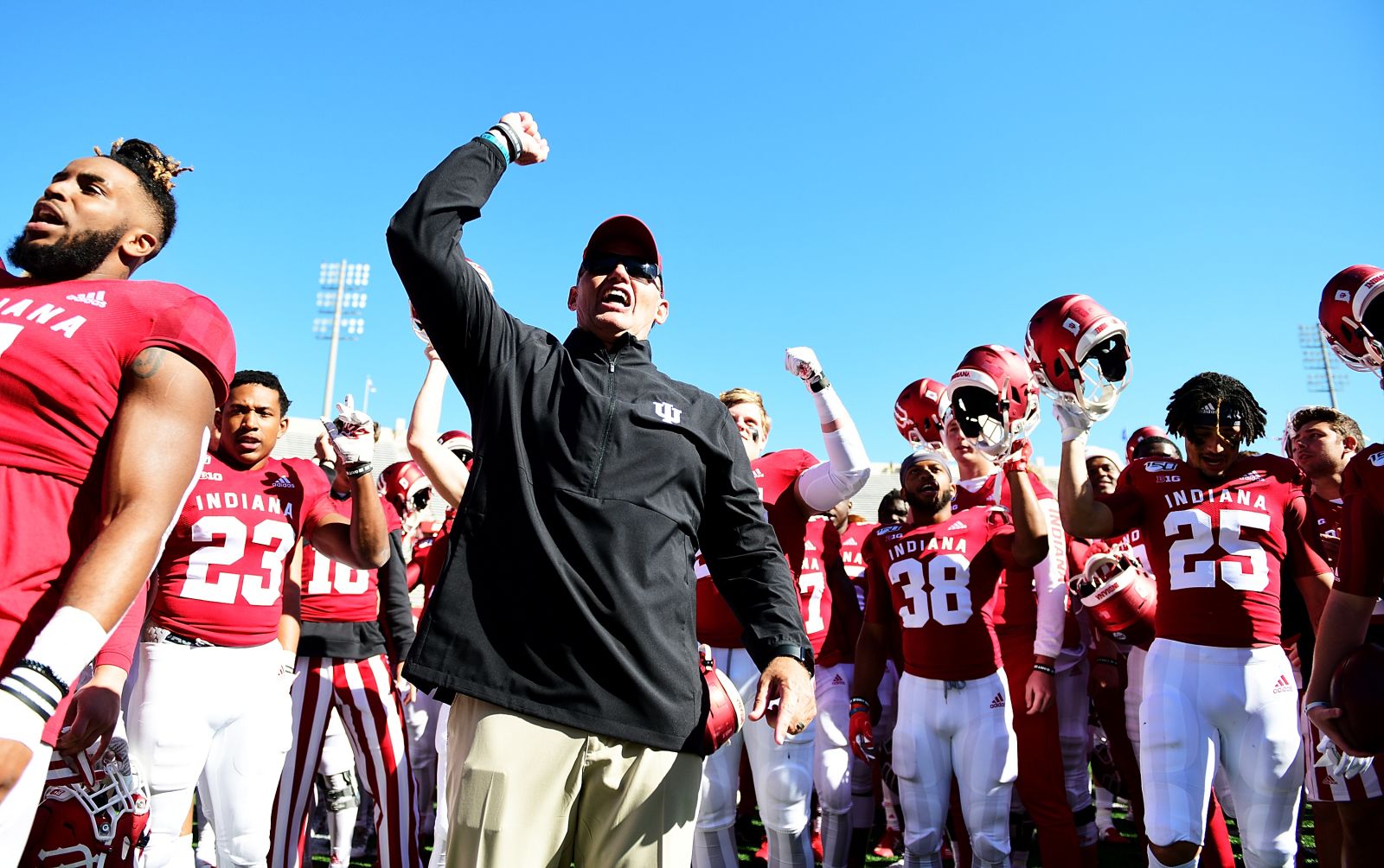 The Hoosiers are 4-2, just like nearly everyone predicted prior to the season.  It was a dominating performance against Rutgers that was never in doubt.

Michael Penix started the game completing his first 6 pass attempts.  By the time he threw his first incompletion, the game was already 21-0.  That incompletion came on a pass that traveled 40 yards downfield.  You’ll sacrifice completion percentage for the potential of big plays downfield.  Penix also had another 6 consecutive completions that occurred late in the second quarter into the third.

The Hoosiers scored 4 offensive touchdowns against Rutgers with 3 coming through the air.  The recipients were Peyton Hendershot, Nick Westbrook, and Ty Fryfogle.  In the third quarter, Sampson James came in for a goal-line carry with Indiana facing a 1st and 3.  He gained 2 yards on 1st down and then was able to punch it in on second down for Indiana’s lone rushing TD of the game.

This one is making a big case for the use of non-garbage time in these O/Us.  While the final count was 3, 2 of those occurred on Indiana’s final drive when Ahrod Lloyd was in a running back.  Prior to that drive, Indiana had 22 RB carries and lost yards on only 1, a 1 yard loss on a Stevie Scott carry.  They had just 2 other carries that they failed to gain a yard.  Up next is a Maryland team ranks 22nd in rushing yards per attempt allowed.

Johnny Langan threw just 13 total passes and only 10 were in non-garbage time.  Only half of those went for completions.  For 1 yard.  While Indiana failed to intercept Langan, they did force 6 sacks including one that caused a fumble for a touchdown.

Campbell didn’t see action in this one, but that could have more based on the situation.  Indiana only got into field goal range once after the starters were replaced and that drive lasted over 10 minutes with the main purpose to run the clock.  By the time Indiana reached a 4th down there was less than a minute left so there was no reason to attempt a field goal.

Indiana won by 35 in this one, the 4th time in 6 games that they have covered the Vegas spread this year.