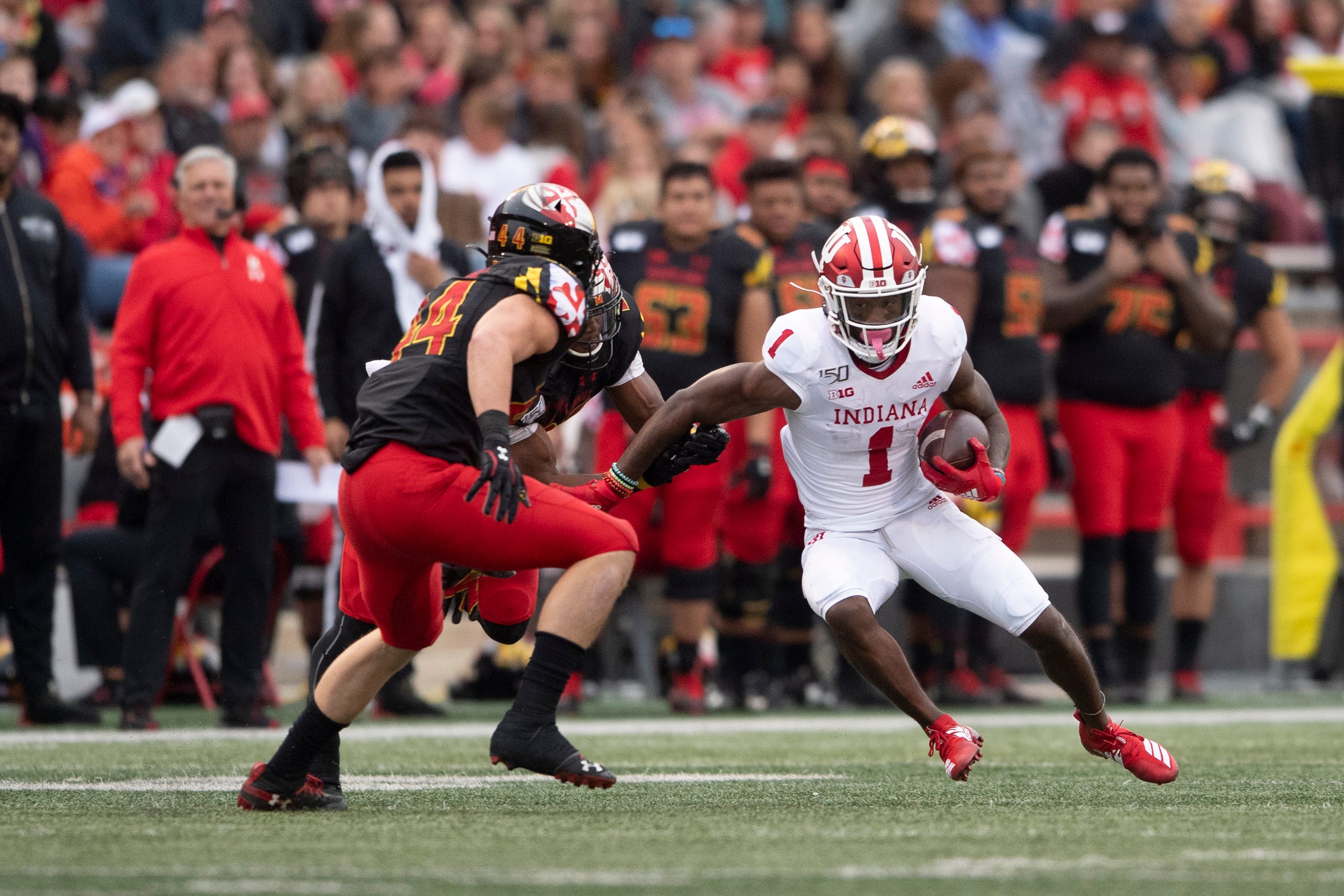 Indiana took care of business against Maryland even while leaving points on the field.  While Maryland had just 4 scoring opportunities, they made the most of them by scoring a TD on each.  On the other hand, Indiana generated 7 opportunities but Penix tossed an interception on one and Indiana settled for a FG on two others.  The first time they settled for a field goal was on Ramsey’s first drive.  Indiana had a 1st and goal at the 4.  Stevie Scott rushed 2 yards on 1st down and then Indiana attempted passes on 2nd and 3rd down.  Maryland was stacking the box in an attempt to stop the run, but you’d probably still like to see a Stevie Scott run mixed in on 2nd or 3rd down.  The second field goal attempt came after Juwan Burgess forced a fumble and recovered at the Maryland 15.

Indiana was headed for a huge day passing with Michael Penix starting off 9 for 14 for 141 yards passing.  The Hoosiers actually went slightly more pass play-heavy with Ramsey in the game although the junior quarterback’s quick move to scramble led several of the pass plays to end up as rushes in the box score.  After 7 games, Indiana and Purdue are tied for the most pass attempts in the Big Ten and the Hoosiers are 2nd in passing yards.

Indiana’s offense performed pretty well in this contest.  Their success rate was 48% although through 3 quarters IU’s success rate was 56%.  Indiana limped to the end with just 3 successful plays in 16 non-kneel down plays in the final period.  The Hoosiers had a 52% success rate in rushes and a 45% rate in pass plays, including scrambles.

Philyor had just 2 catches on 3 targets for 6 yards.  It was evident that Maryland was trying to slow him down and the transition to Peyton Ramsey didn’t help.  Instead, Peyton Hendershot took the bulk of the targets with 11.

If this one was total Indiana plays before Indiana’s second score, the under would have still won.  The Hoosiers came out hot on offense with an 85% success rate on their first two drives.  They averaged 11 yards per play on those drives and recorded 3 explosive plays.  On their first offensive drive of the game, Indiana is averaging 3.4 points this year compared to 2.3 in 2018.

Maryland actually had the same success rate on passing downs that they had on standard downs.  Outside of one particularly bad 3rd and 17, once Indiana forced Maryland into a 3rd and long they were able to stop them.  However, the Hoosiers were susceptible on 2nd and long by allowing Maryland to get a first down or get themselves into a 3rd and short.  This success rate on passing downs is the 2nd worst, outside Ohio State this year, that IU has allowed since the start of 2016.

Vegas and Bill Connelly were nearly spot on with the Hoosiers winning by 6.