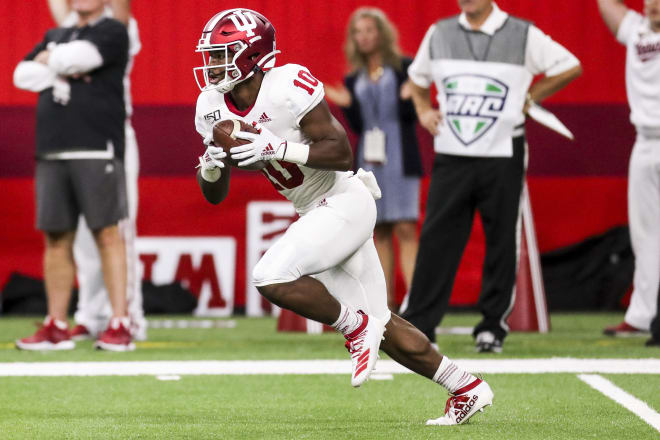 Conference play has not been kind to Nebraska’s rush defense.  The Cornhuskers are allowing 276 rushing yards, excluding sacks, a game in Big Ten play.  They are allowing 6.3 yards per carry.  There’s a reason that Minnesota had 49 rush attempts compared to just 13 pass attempts.  Indiana struggled running the ball early in the season, but has picked things up the past 2 weeks.  The biggest difference has been when Indiana does get into the second-level, Indiana’s runs are going for bigger gains.  In the last 2 games, Indiana averaged 16.0 yards per rush on rushes of 5+ yards.  Prior to Rutgers, that number was 9.7.  Getting big chuck plays on the ground will be important, especially if Peyton Ramsey starts.  Indiana is averaging 149 non-sack rushing yards in Big Ten play.

Over time, teams tend to recover about 50% of fumbles.  In any given game, the ball can bounce your way or not.  Literally.  Over a season, these bounces tend to gravitate towards this 50% but there are still seasons where a team can be lucky or unlucky.  In 2017, Indiana recovered 42% of their opponent’s fumbles.  Last year it was 59%.  That averages out to a 51% recovery rate.  While it may be difficult to control fumble recoveries, you can control the number of fumbles.  Either a running back casual with the ball or a linebacker, looking at you Marcus Oliver, with a knack for stripping the ball.  This year, Nebraska is tied for last nationally with 18 fumbles of which they’ve lost 9.  On the other hand, Indiana opponents have fumbled just 4 times, tied for second lowest nationally.  Something has to give.

Ellis has been solid for Indiana on kickoffs this year, outside a fumble against Maryland, but has failed to break a big return.  He is actually 4th nationally in the number of kickoff returns, but his longest return is 33 yards in the Ball State game.  He’s come close to breaking a big return and it could come this weekend.  Nebraska is 105th nationally in return yards allowed per kickoff at 23.15.  They have allowed a 54 yard return and a 50 yard return this year.

The Cornhusker secondary has been active with 5.7 passes defensed (pass break-ups plus interceptions) per game.  They are led in this category by Lamar Jackson, no not that Lamar Jackson.  The former top-100 prospect is now a senior for Nebraska and leads the Big Ten in passes defensed with 13.  He’s 10th among CBs on Mel Kiper’s 2020 draft board.  Indiana has enough weapons in the air to attack around Jackson, but whoever plays QB for Indiana will need to be careful when throwing near the senior CB.  Indiana’s opponents are averaging 4.1 passes defensed.

Nebraska has a bit of a field goal kicker problem.  Incumbent Barret Pickering has been sidelined since the start of the season with an injury.  He’s started practicing again and he may be able to kick against Indiana, although thus far Nebraska has been limiting both his kick count and range as he prepares to return.  His replacement, Dylan Jorgensen, was hurt in Nebraska’s second game so punter Isaac Armstrong took over.  However, he made just 2 of 5 attempts over 2 games leading Scott Frost to turn to safety/kicker Lane McCallum, a walk-on transfer from Air Force.  He’s gone 2 for 4 but did make the game-winner against Northwestern.  On the year, Nebraska has made just 4 of 10 field goal attempts and 21 of 23 extra points.  McCallum’s longest made field goal is 35 yards and the longest by Nebraska this year is 36 yards by Armstrong.