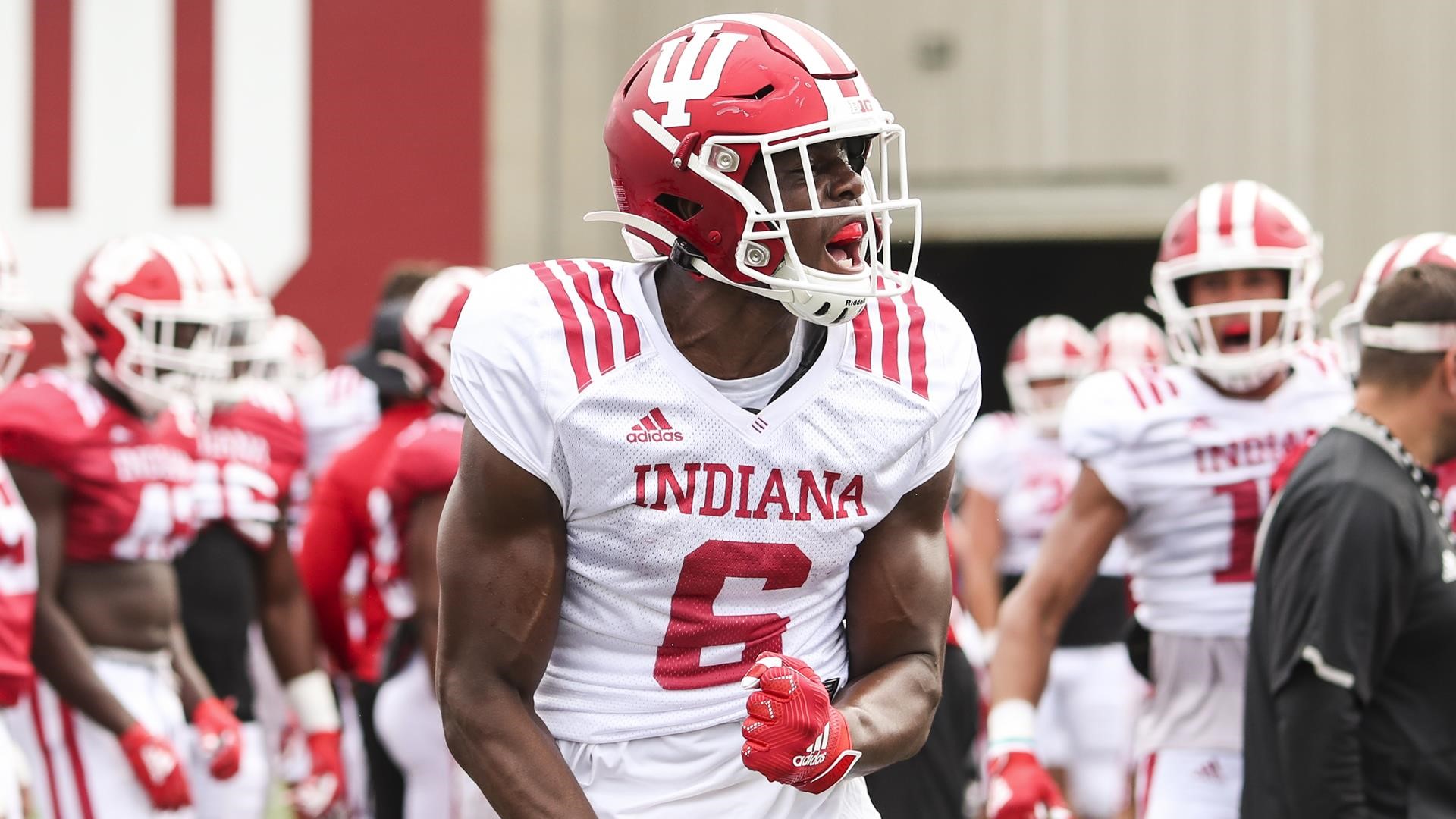 Indiana faces Michigan in the final home game of 2019.  The Hoosiers have forced overtime against Michigan the last 2 contests in Bloomington.  Heading into this game, these teams appear to be more evenly matched than it has been for a long time.  This notion bears out when using Bill Connelly’s SP+ ratings.  This appears to be the closest these teams have been statistically since at least 2005, beating the 2014 season where Michigan finished 5-7.

Among the reasons that Indiana’s offense has improved in 2019 has been the ability to finish drives.  After averaging 3.4 points per non-garbage scoring opportunity from 2014-16, Indiana actually improved under Mike DeBord to 4.4 over 2017-18.  But this season has seen the Hoosiers average 5.2 points per scoring opportunity.1  On only 10% of Indiana scoring opportunities this season have the Hoosiers failed to score.  Between the reliable leg of Logan Justus and Indiana’s ability to score TDs, the Hoosiers aren’t leaving too many points on the field.  When Indiana does get deep into Michigan territory, it’ll be important to get points, especially the 7 point variety.

Indiana is 21st nationally in passes gaining 20 or more yards with 44.  Against Penn State they had 5.  On the season, 17 of these 20+ yard receptions have gone to Whop Philyor with Donovan Hale adding 8 and Ty Fryfogle having 7.  With Whop’s status up in the air, Indiana may struggle to generate as many big plays in the passing game.  Michigan is 11th nationally allowing 23 passes of 20+ this season.

Against Michigan State, the Wolverines averaged a 50% success rate on passing downs.3  Quite often when the Spartan defense had Michigan backed up, they were unable to finish them off.  Meanwhile, Indiana allowed just a 26% success rate on passing downs to Penn State and are allowing just a 30% rate in non-garbage time this year, just below the national average of 31%.

Against Penn State, Indiana called one timeout in the 3rd quarter prior to the fake punt.  That was less than ideal and would have been extremely problematic had Indiana recovered the onside kick.  As Tom Allen said after the game when explaining the timeout usage, “I like to keep at least two going into the final quarter.”  We’ll see if that rings true this weekend.