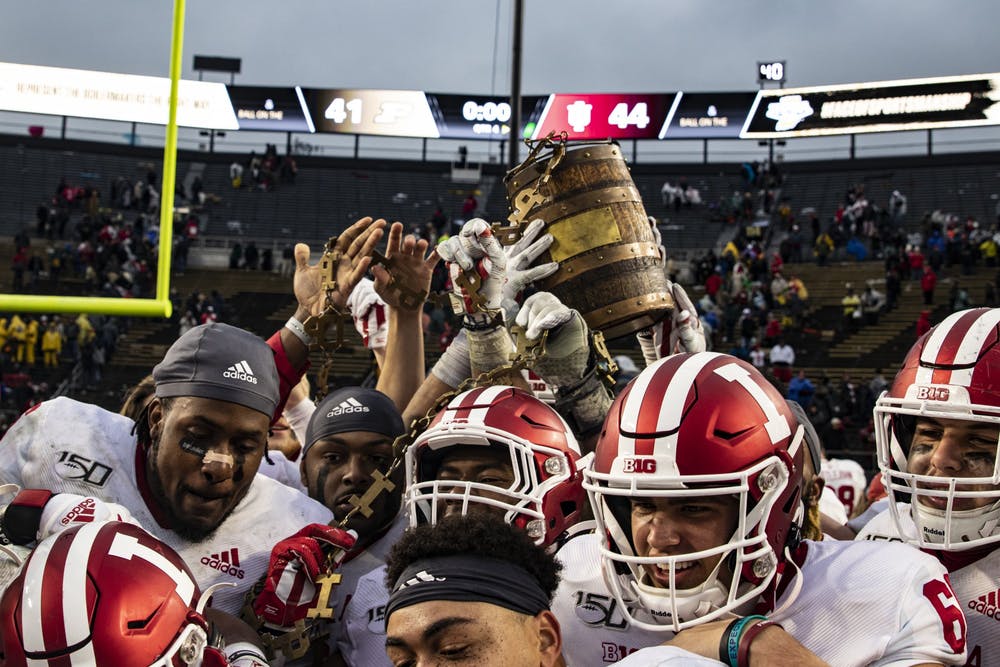 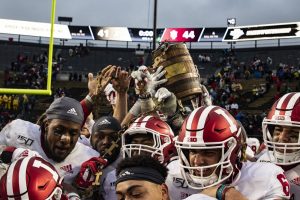 It was great to have Whop back.  The junior led Indiana in targets with 12.  He caught 8 of them for 138 yards and had a 50% success rate.  His final catch, a 3-yard reception late in the 4th quarter, put him over 1,000 yards on the year.  He’s the 7th Hoosier to go over 1,000 receiving yards in a season.  He’ll need 96 yards in the bowl game to pass Cody Latimer for the 3rd most receiving yardage in a season and 125 to pass James Hardy for 2nd.

Sampson James filled in for an injured Stevie Scott and had quite a starting debut.  He had 22 carries for 118 yards and a 45% success rate.  That’s pretty much what you’d expect from Stevie Scott.  As we noted after the game, the next frontier for James is improving at everything else DeBoer expects out of a RB aside from running the ball.  Assuming he can do that, Scott and James will form a strong duo at RB next year.

Elsewhere, Peyton Hendershot had 49 yards in 4 catches.  I believe he’s now moved into 2nd in single-season receiving yards by a tight end in Indiana history and should get the record in the bowl game.  Reese Taylor added 10 yards on a punt return and Bryant Fitzgerald added 8 on a short kickoff return.

Bell had 14 targets, catching 9 of them for 136 receiving yards.  Tiawan Mullen was matched up against him much of the day but Bell’s production speaks to how talented he is versus a poor day by Mullen.  Tiawan actually had 4 pass breakups along with 2.5 tackles for loss and a forced fumble.  Without the true freshman CB, Bell likely has a much bigger day.   The Purdue passing game could be scary good next season with Rondale Moore returning to the receiving core.

I set the line low at 0.5 missed kicks as the senior kicker missed all 3 of his field goals and ended up being replaced by Charles Campbell for an attempt.  Justus has now missed 6 field goals in his career with 4 of them coming against Purdue.  He’ll look for a bounce back in the bowl game as he concludes his collegiate career.

The Hoosiers were sailing for a big victory, up 18 points late in the third quarter.  However, from that point on Indiana had a 30% success rate versus a 51% mark for Purdue.  While the Hoosiers failed to finish off Purdue in dominating fashion, or even cover the spread, at least the Bucket is back in Bloomington.