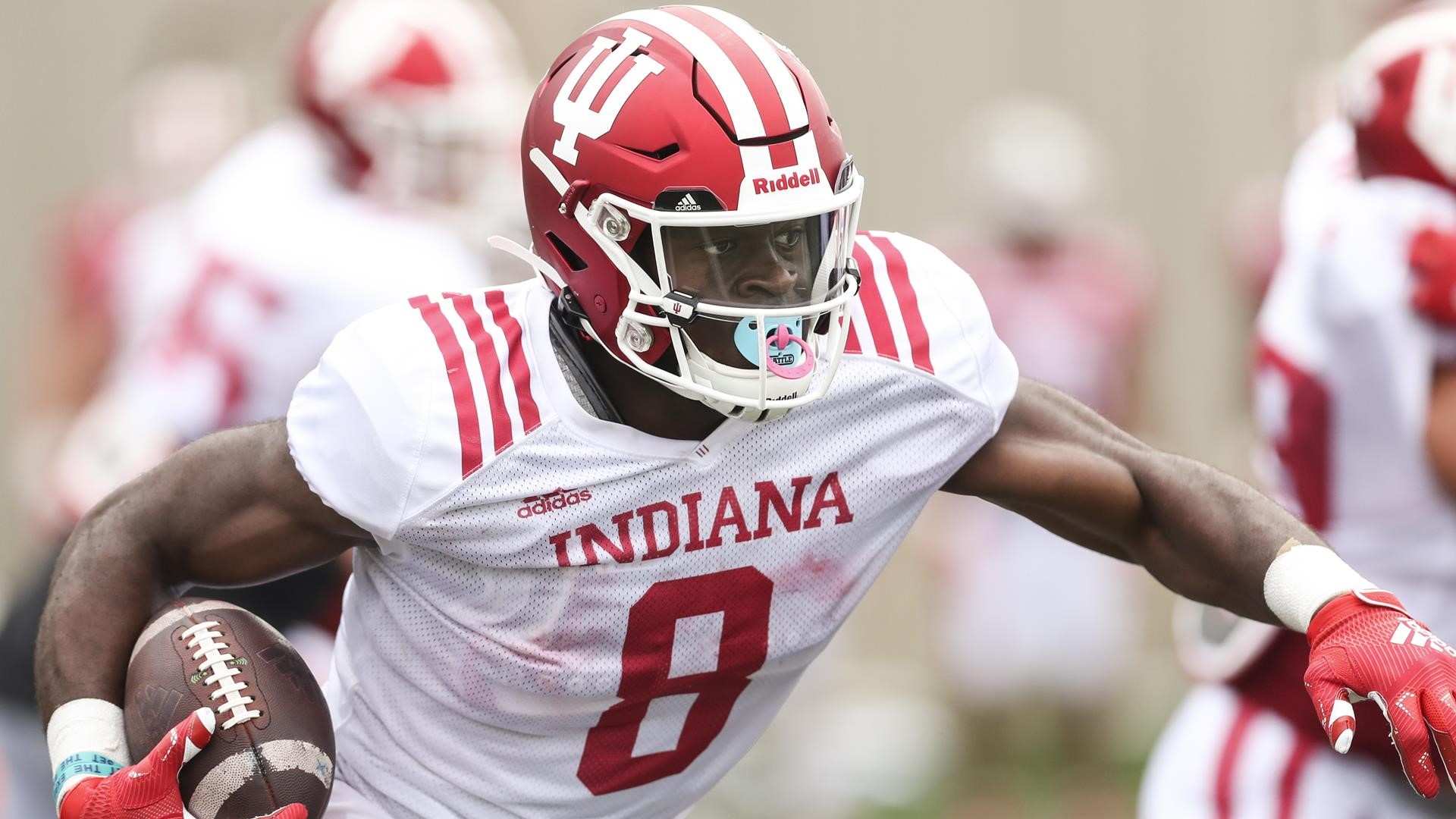 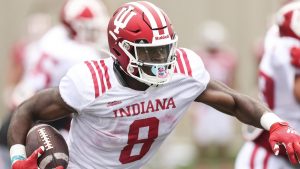 Going into 2019, running back was one of the deepest position for the Hoosiers.  Workhorse Stevie Scott returned for his sophomore season after rushing for 1,137 yards in 2018.  He was backed up by IU’s highest-ranked 2018 recruit in Ronnie Walker and highest-ranked 2019 recruit in Sampson James.  Add in Cole Gest returning from injury and it wasn’t a shock that freshman Ivory Winters transferred before the first game had even been played.  This was both a deep group as well as one of Indiana’s most talented.  Going into the year, it seemed that Indiana was in a decent place to withstand a potential injury to Stevie Scott.

It didn’t take too long to see that Stevie Scott was the main running back and Ronnie Walker the 3rd down back.  There was clearly a large gap between Scott and Sampson James, who most likely hadn’t earned the coaches’ full trust to handle a bigger workload.  And Cole Gest was an afterthought.  Through 4 games, 3 of which were blowouts, he saw just 4 carries.  Seeing the writing on the wall, he opted to enter the transfer portal to give himself an opportunity for more playing time somewhere else in 2020.

One key in analyzing running back performance is attempting to separate the offensive line contribution.  One way to do that is to look at highlight yards per opportunity.  In short, this measures the explosiveness of a running back.  When a running back does have a big rush, HOW big is it?  In terms of recent Indiana running backs, Tevin Coleman was elite in this area.

On the other hand, we’ll look at efficiency in the form of success rate.  Is the back constantly moving downfield?  While they might not be considered a big-play back, are they picking up the tough yards?  For this measure, think Jordan Howard. 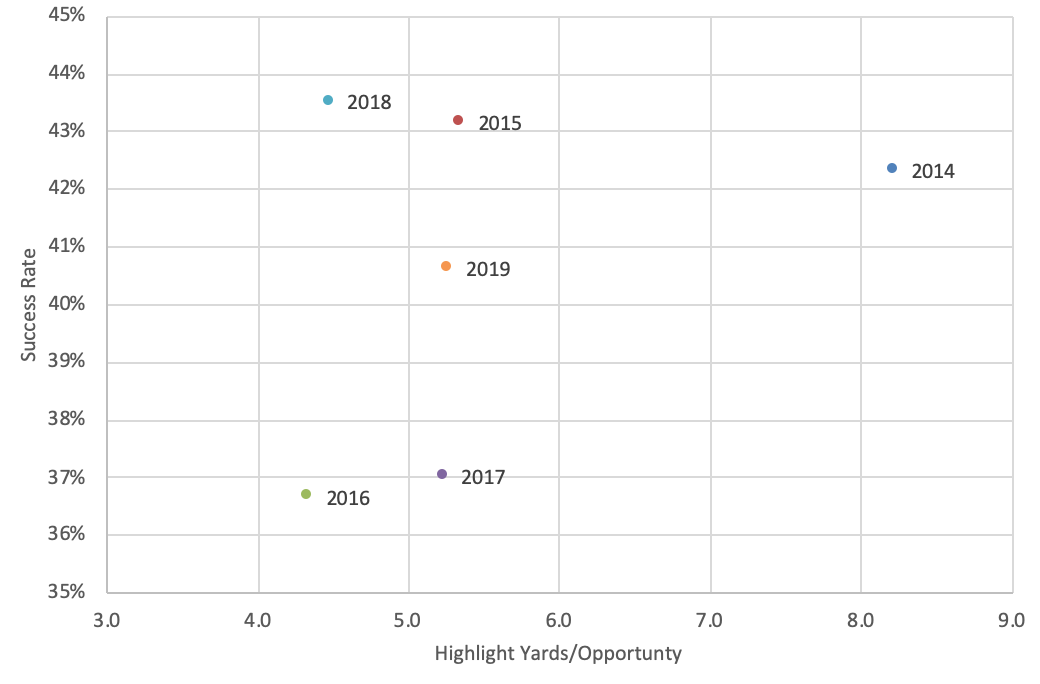 In looking at the chart, the goal is to be in the upper-right.  Those teams have both a high success rate and highlight yards/opportunity. The data passes the sniff test as well.  The 2014 team led by Tevin Coleman was elite rushing the ball.  They were 10th nationally in rushing yards per game and 9th in yards per carry.

Working from the upper-right corner to the lower-left, the 2015 Jordan Howard rushing attack is next followed in some order by the 2018 and 2019 teams.  That makes sense.  Stevie Scott was the main back in each, receiving 85% of the non-garbage RB carries in 2018 and 75% in 2019.  He was actually at 89% headed into the Purdue game before sitting out with injury. 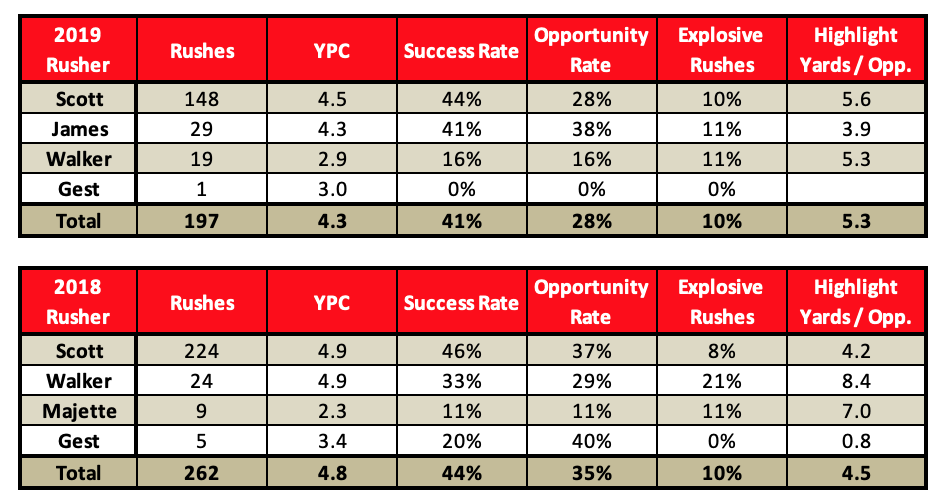 On the whole, the 2019 season saw Indiana lose a little bit of efficiency but gain some in explosiveness.  While not a lot changed in the running game on a per carry basis, the massive gains of the passing attack drove the huge improvement for the Indiana offense.  Kalen DeBoer took advantage of this improved passing game by shifting a higher percentage of plays to the passing side.

Indiana returns all 3 backs while also adding Tim Baldwin and preferred walk-on Charlie Spegel.  Unless Baldwin really stands out in fall camp, I’d expect him to redshirt.  With his size he could use a year in Indiana’s strength training program and given the depth of the position, there’s little need to rush him onto the field.  It wouldn’t shock me to see Spegel in garbage time along with Ahrod Lloyd.

Looking at all Indiana running backs since 2014 with 40+ non-garbage career carries, an arbitrary cutoff used so that Ronnie Walker could be included, helps illustrate the current state of Indiana’s running back position. Scott is pretty good at gaining the tough yards, but lacks the top end speed to frequently break large runs. That inability puts a ceiling on his potential.

While Scott is pretty efficient, he isn’t quite as elite in this area as Jordan Howard.  Few running backs are.  What Scott does provide is a nice baseline for Indiana’s running game.  Morgan Ellison was basically Stevie Scott before Scott and the two of them provided a marked improvement over the Devine Redding-led 2016 crew.  Scott is an above-average running back that won’t scare defenses by taking carries to the house, but will get the tough yards necessary to pick up first downs.  That will in turn give Indiana more opportunities for big plays in the passing game.  That’s important.  Scott is remarkably consistent and will probably end up providing a similar performance in 2020 as we saw in 2018 and 2019.

On the opposite end, Ronnie Walker has shown glimpses of big play ability, but his success rate is so low it would be difficult to rely on him as the main back.  Clearly in the Purdue game, even with the injury to Scott, he remained in the passing down back role with Sampson James sliding into the starting role.

James is the wild card.  He’s played essentially 1 game in non-garbage time.  While he performed very well, he wasn’t exactly facing an elite defense.  However, given his huge potential as Indiana’s top ranked recruit of the decade, it stands to reason that game could be a harbinger of things to come.  He averaged a 45% success rate and 4.6 highlight yards/opportunity in the Bucket game before being injured.  If he could maintain a success rate above 40% but improve his explosiveness, it would be a huge boost to the Indiana rushing game.  If he can’t, Indiana running game will look very similar.  They’ll be steady, but most of the big plays will need to come via the pass.  But if he can, that will provide a whole added dimension to a talented Indiana offense.