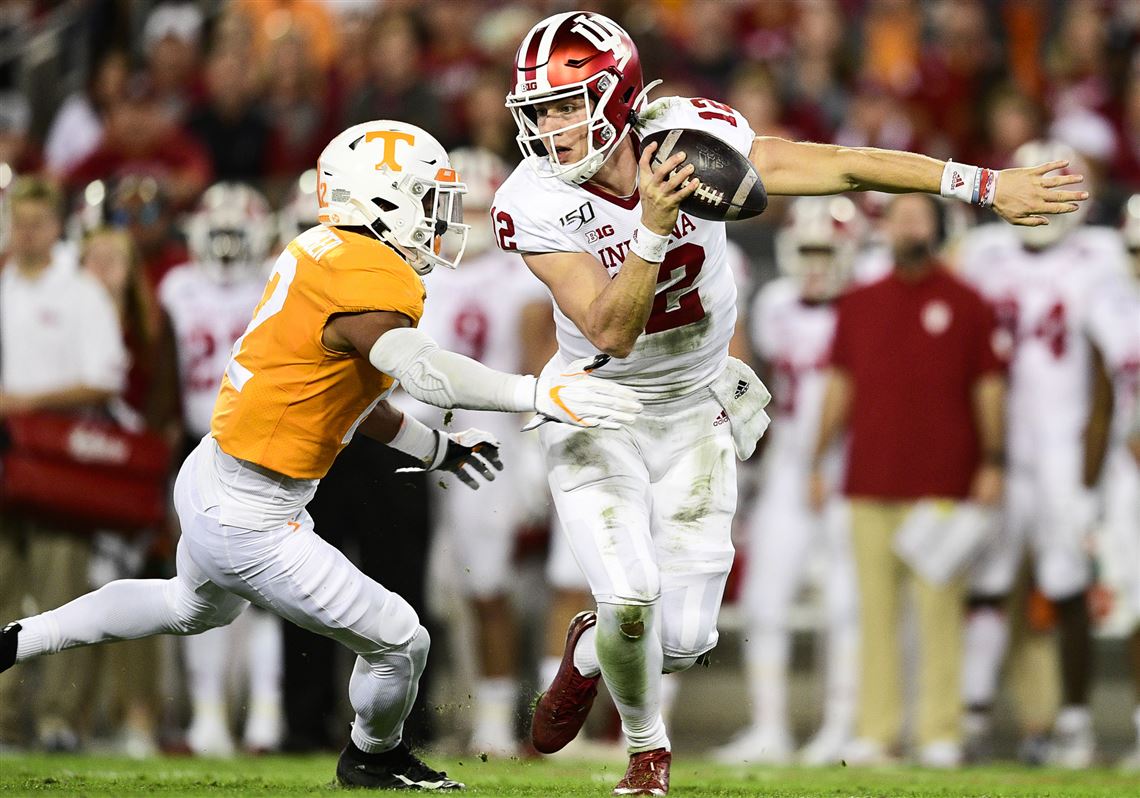 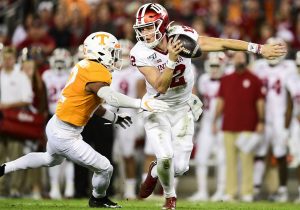 Indiana’s bowl game ended in a way that was completely familiar to most IU fans.  And while there was a lot of angst following the game, it’s better than the indifference that followed many IU seasons.

It was a challenging game for Ramsey who often found himself under pressure.  The first half ended with Ramsey having just 60 offensive yards1 and an interception.  He found a little rhythm in the second half passing for 190 yards, rushing for 44 yards while losing 13 yards on sacks.  With the traditional running game non-existent, Ramsey used his legs frequently attempting 13 non-sack rushes.

Indiana’s longest play in the first half was a 15-yard reception by Peyton Hendershot.  After halftime, the Hoosiers were able to open it up a bit with 5 passes of 20+ yards.  Ty Fryfogle had 2 including a 39-yarder, Indiana’s longest play of the game.  Nick Westbrook, Miles Marshall and Peyton Hendershot each added an explosive reception.  Noticeably absent from the list is Whop Philyor who had just 1 reception on 5 targets for 1 yard.

Tennessee’s top receiver pair combined for just 3 catches on 10 targets for 46 receiving yards.  With help from some shaky QB play by the Volunteers, this was perhaps the best performance by the Indiana secondary all season.  Including a pass-breakup from DE James Head and an interception by LB Micah McFadden, all 7 passes defensed were from underclassmen.  That bodes well for the future.

Indiana’s first drive ended with an interception on their 4th offensive play of the game.  For Ramsey, it was just his 2nd interception in his last 140 pass attempts.  Despite being under pressure for much of the game, he didn’t throw any additional interceptions.  Instead it was the IU defense forcing 2 interceptions, the biggest being returned for a touchdown by Jamar Johnson.

After 3 missed kicks against Purdue, Justus had his first missed kick on an extra point following Jamar Johnson’s interception return.  That left Indiana with a 16-6 advantage.  He also missed a 52 yard field goal that would have given Indiana the lead late in the 4th quarter.  It’s easy to look back at the missed extra point and say that Indiana would have at least forced overtime had Justus made it.  However it isn’t that simple.  Tennessee took over their final drive at their own 34 with 2:12 left.  What they did with a 1 point lead was the run it 3 straight times and milk the clock.  With the score now tied in this hypothetical scenario, it’s likely they operate their normal offense hoping to get into field goal range.  Considering how easy it was for them on their previous 2 drives, it’s not hard to imagine them driving down the field and either scoring a touchdown or making a field goal.  Sure the missed extra point hurt, but it is difficult to conclude that is why Indiana lost.  As for next season, Charles Campbell will take over and if what we’ve seen in limited time this year is any indication, the kicking game should again be reliable.

For a good section of the second half Indiana was rolling.  The Tennessee faithful were proving to be quite meme-worthy and it appeared Indiana would end the bowl win drought.  Then the last 5 minutes happened.  It was certainly a missed opportunity, both winning a bowl and for Tom Allen to secure his second win as an underdog.

Congratulations to hisson83 for capturing the 2019 PJP Over/Under contest.  It was a close contest that came down to the final bowl game.  Thanks for all who participated.