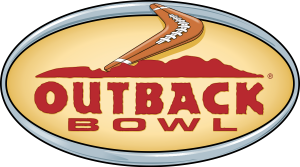 In terms of making a statement, this game qualifies as a big Ole Miss for the Indiana program. But we’ll recap and then we can turn our attention to the 2021 season.

If I had written that Philyor would get 24(!) targets and catch 18 of them, everyone would have taken the over. The man got 24 targets and turned those into 81 yards. If there was ever an argument against PPR scoring in fantasy football, it’s Whop Philyor against Ole Miss. He had a 33% success rate and no explosive plays. His long of 14-yards came on his opening catch and he had just 2 additional catches of 10+ yards. Of course, there was also the play in which he lost 12-yards (and he actually lost 16 yards from where he caught the ball). Philyor was definitely involved in this game, but not necessarily impactful, which is a shame given his stellar career.

Indiana was effective rushing the football in this contest so it is no wonder fans were clamoring for more rushes throughout the second half. In fact, Indiana’s success rate jumped to 58% in the second half. The only thing missing was explosive rushes. Stevie Scott had a 10-yard and 14-yard rush in the first half and a 20-yarder in the second half, but that was it. Even so, the running game was consistently picking up yards and putting Indiana into manageable second and third downs.

For a defense that had been so good all year at getting to the QB, Indiana came up short in this one. The Hoosiers had just 2 sacks which was their second lowest mark of the season behind the PSU game. The first was credited to Micah McFadden who made the final tackle, but the real pressure that allowed the sack was from Jerome Johnson who had a clear path to QB Matt Corral but failed to make the play. The second came on a 7-man blitz late in the second quarter where Cam Jones was unaccounted for and made the sack. It was the type of defensive play we had been accustomed to this year. Outside of a 6 sack game for Ohio State against Alabama, Indiana will finish the season as the conference leader in sacks per game.

After 10 consecutive games with at least 1 interception, the Hoosiers were unable to get one in the bowl game. As a result, they finished the season with a defensive interception rate of 6.16%. It’s the highest rate by a team in 2020 and the third best mark by a defense since 2009. That’s a major accomplishment and one of the reasons Indiana’s defense was so successful throughout the year. The lack of interceptions in the bowl game was also one of the reasons the overall defensive performance seems underwhelming, whether that is fair or not. It was a defense that time after time came up with those plays, but was unable to do so against Ole Miss.

Ole Miss went for it on fourth down twice in the game, picking up the first down both times. They actually came on the same drive in the 2nd quarter converting two 4-and-1 plays. The result of the drive was a touchdown for Ole Miss putting them up 13-3. Those were the only two times Ole Miss faced a 4th and short in Indiana territory.

The Hoosiers never led in this one and seemed out of sorts for most of the game. It was a disappointing ending to an otherwise outstanding and enjoyable season.

We’ll be back next week to recap our 2020 season-long over/under.