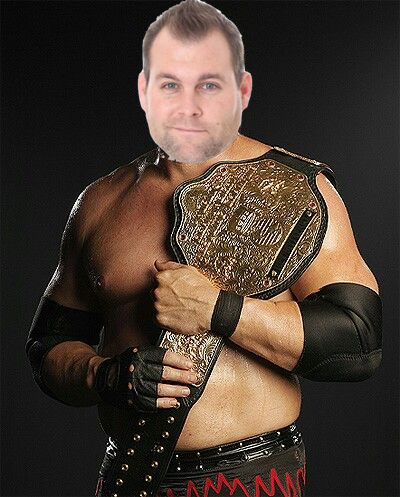 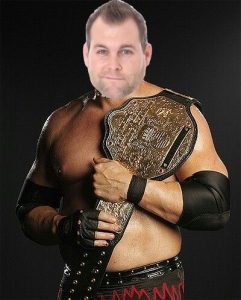 We’re back to discuss the four most impactful departures from Tom Allen’s program (and to use this incredible Kane Ratio image again).

Once again, this list is limited to players who saw the field in 2020 (sorry, Jordan Jakes), as well as coaches. The ranking is based on overall impact, which includes consideration of who is available to replace the departing player or coach. The better the replacement, the less impactful the departure. An average player with no clear replacement may be a more impactful departure than a good player with a good replacement.

It’s hard to tease out where Tom Allen ends and Kane Wommack begins, but that alone is a reason Wommack will be missed. In case you’ve been living under a rock, Allen learned the defense he now runs from Dave Wommack, Kane’s dad. After finishing his playing career, Kane worked for his dad and Allen, before striking out on his own. So for the past two seasons, Coach Allen had his professional alter ego as

his defensive coordinator (after one season with Wommack as LB coach), which had to be nice.

The partnership worked well. With Wommack at DC, the IU defense bounced back from a sub-par season in 2018 with a solid campaign in 2019 and an even better effort in COVID-shortened 2020. Although the 2020 defense ended up slightly behind Allen’s 2016 and 2017 squads in S&P, I don’t think I’m alone in putting the 2020 defense on at least equal footing with those defenses.

Notably, IU’s defensive scheme and personnel usage have evolved in the last two seasons with Wommack the Younger at DC. In Coach Allen’s first three seasons running the defense, IU rarely varied from the 4-2-5 in terms of personnel. If an opponent went to a heavy set, he would counter with a third linebacker in exchange for the husky, but that was about the extent of it. If a third corner was ever used in place of the husky, it was extremely rare. Starting in 2019, IU made significant personnel changes on passing downs and those changes only accelerated in 2020. IU used more 3-DL sets (generally with only one DT and 2 DE), with a standing/moving hybrid DE/LB (more like an LB in 2020, when D.K. Bonhomme filled this role), and a third corner in place of the husky. Also in 2020, the IU defense made more liberal use of run-heavy defenses, switching out specific defensive linemen and linebackers based on the offense’s personnel package, and often using Cam Jones as the husky. It’s impossible to know if these were Kane Kreations (TM) or some evolution in Allen’s own philosophy, but the fact is they became a bigger part of the defensive gameplan when Wommack was in charge.

Schematically, IU gradually shifted to more zone coverage and less man over the course of 2019 and throughout 2020, which generally worked well (except against Ole Miss). As shown in the chart below, the Wommack-led defense blitzed slightly less than earlier Allen Era defenses, while still generating slightly more pressure.

Regardless of whether these changes were truly driven by Kane Wommack, it cannot be disputed that IU lost a dynamic young coach who helped take the IU defense to new heights. Charlton Warren checks quite a few boxes as Wommack’s replacement – particularly on the recruiting trail – but it remains to be seen if he can seamlessly adapt to Allen’s desired system, while potentially adding his own wrinkles, as Kane did.

Whop Philyor provided just about everything you look for in a slot receiver. He was quick enough to get open in a hurry and make people miss after the catch. He was fast enough to run by defenders downfield and create big plays. He consistently caught the ball, often in traffic. He was durable. IU probably could have used him more in the run game, given his elusiveness and explosiveness. He lined up in the backfield and took a handoff against Ole Miss, something I don’t believe he had ever done in his IU career before that point (and he picked up 7 yards, by the way).

Like the IU offense as a whole, Whop absolutely benefitted from Kalen DeBoer’s one season as offensive coordinator (2019), but the entire career is impressive.

I hate to venture into the unmeasurable, but on top of all that, Whop seemed to set a fun-loving, but also hard-working tone for the receiving corps and possibly the whole offense. By all accounts, Whop loved practice and worked hard to get better. IU will have to find a new source for these traits as well.

FSU transfer Charles Matthews seems like a good bet to assume Whop’s role as the primary slot receiver, and his 4-star pedigree is encouraging. That said, assuming he will slot (pun intended) right in and be Whop 2.0 is probably a little unrealistic. It could happen, but we should expect some production drop-off.

IU is losing the best singer on the team. Big ‘Rome’s pipes cannot be replaced.

What IU interior defensive linemen in the last 30 years can match Jerome’s career? In his time at IU,

Jerome racked up 111 tackles, 13.5 sacks, and 21 TFL. In his 4 seasons, he tallied 31 pressures and 40.5 havoc plays (with pressures as a component of havoc, along with TFL (sacks excluded), forced fumbles, and passes defended). That’s far more than any other interior D-linemen since I began tracking those stats in 2016. He did that while appearing in at least 74% of possessions in his final three seasons.

The only player from at least
the past 15 years that I can confidently say surpassed Jerome on the stat sheet is Adam Replogle, who tallied 184 tackles, 15 sacks, and 28.5 TFL.

Regardless, Johnson anchored some of the best IU defenses in the past quarter century and at least in the past two seasons, played more snaps than any other IU defensive lineman. Was he a consistently disruptive force? No. Could he be neutralized by good offensive lines? At times. But at his best, Jerome was a steady, reliable, 3-down DT. He could get to the QB. He could hold the point of attack and allow IU’s linebackers to make plays.

There is simply no obvious player waiting in the wings to replace all that Johnson brought to the table. Demarcus Elliott and Sio Nofoagatoto’a are more natural nose tackles, although Elliott is a reasonable candidate to shift over. Redshirt freshman Damarjhe Lewis is a promising prospect, but he hasn’t played a down of college football. While he may well be eased into the rotation in 2021, I doubt Lewis is ready to start. C.J. Person might also slide down from SDE, where he played in 2020, primarily against heavy sets. In sum, it will take a host of guys to replace Johnson. Here’s hoping he gets the opportunity to continue singing his song in the NFL.

The glaring weakness in the 2019 defense was at safety. IU’s safeties struggled to limit big plays and created almost none of their own. By the end of 2019, it was fairly obvious that Jamar Johnson had a knack for playmaking and a position shift might make sense. But nobody could have anticipated how well Jamar took to his new position, boundary safety. In his first (and only) season at BS, he was everywhere.

Since I began tracking Havoc, the only IU safeties to get above 1% Havoc % were Jonathan Crawford (three times, 2016-2018) and Tony Fields (2017). Jonathan Crawford’s best Havoc % season was 1.45% in 2017. Johnson blew that away. His Havoc % was more than 4x better than the best IU safety’s percentage from 2019 (Fitzgerald and Burgess at .64%). And let’s not ignore that the guy defended (broke up or intercepted) nearly half the targets to come his direction, all while not allowing a single TD or recording a single coverage penalty.1 With some help from an improved Devon Matthews, Johnson took a weakness of the 2019 defense, playmaking at safety, and turned it into a strength.

Could he have benefitted from another season of experience at safety? Sure, but his decision isn’t crazy. In his three years (including a redshirt) in Bloomington, Jamar demonstrated his athleticism and ball skills against tough

competition, as well as some versatility by playing different positions. I will be very surprised if he isn’t drafted. He’ll need to shore up his tackling at the next level (84% tackle rate is very average for a safety), but that may come with some added strength.

In terms of replacing Johnson, I’m more and more convinced that playmaking and havoc-creation in the secondary is more innate than teachable. You have either the instinct to make a play on the ball or you don’t. Jamar Johnson very clearly had that instinct. It’s not obvious that IU has a replacement who can say the same. Senior Juwan Burgess is the most likely candidate to take over. While Juwan has played a lot of football at IU, he’s never demonstrated consistent havoc-creation, and he’s been vulnerable to the big play. Sophomores Bryson Bonds and Josh Sanguinetti are also likely to get a shot. Jamar’s production will not be replaced by whatever committee takes over at BS, however. Devon Matthews will need to take another leap forward at FS. The corner trio of Mullen, Williams, and Taylor will need to kick it up another notch, as will the linebackers, primarily McFadden and Jones.

In the end, although IU is in the enviable position of not losing too much production heading into 2021, losing the Johnsons, and particularly Jamar Johnson’s playmaking in the secondary, could hurt an otherwise strong defense.