At the start of the season, Vegas had the Hoosiers’ line at 7.5 wins. Bill Connelly had Indiana about 6.8 wins. Most Indiana fans had the Hoosiers at 8 wins with some thinking 9 or even 10 as a possibility. Seven wins was considered a worst-case scenario.

Five games into the season, everyone is disappointed. Many have already moved on to basketball. And if basketball is your thing, you’re in luck! The odds that your favorite beat writer will be talking about Indiana’s chance of winning a bowl game instead of writing about TJD’s early-season dominance is slim. 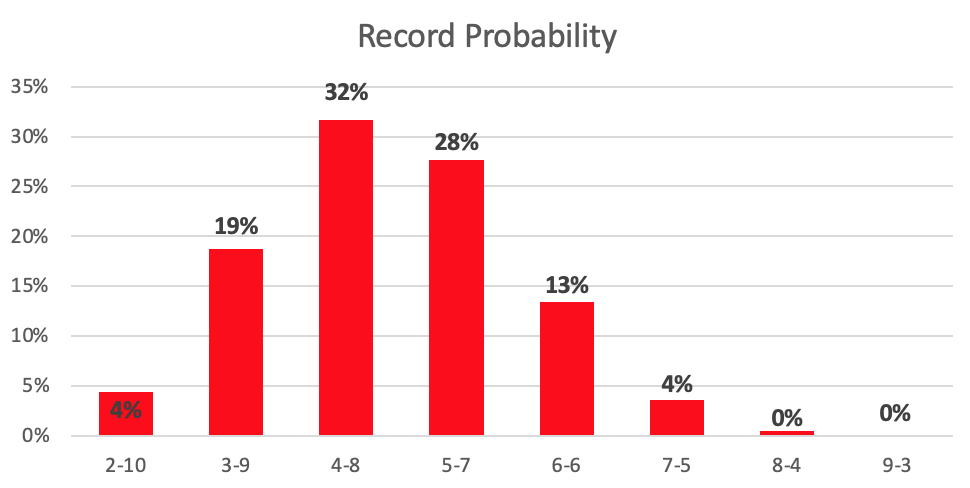 Indiana’s most likely record has fallen to 4-8. Their likelihood of reaching 6 wins is just 17%. 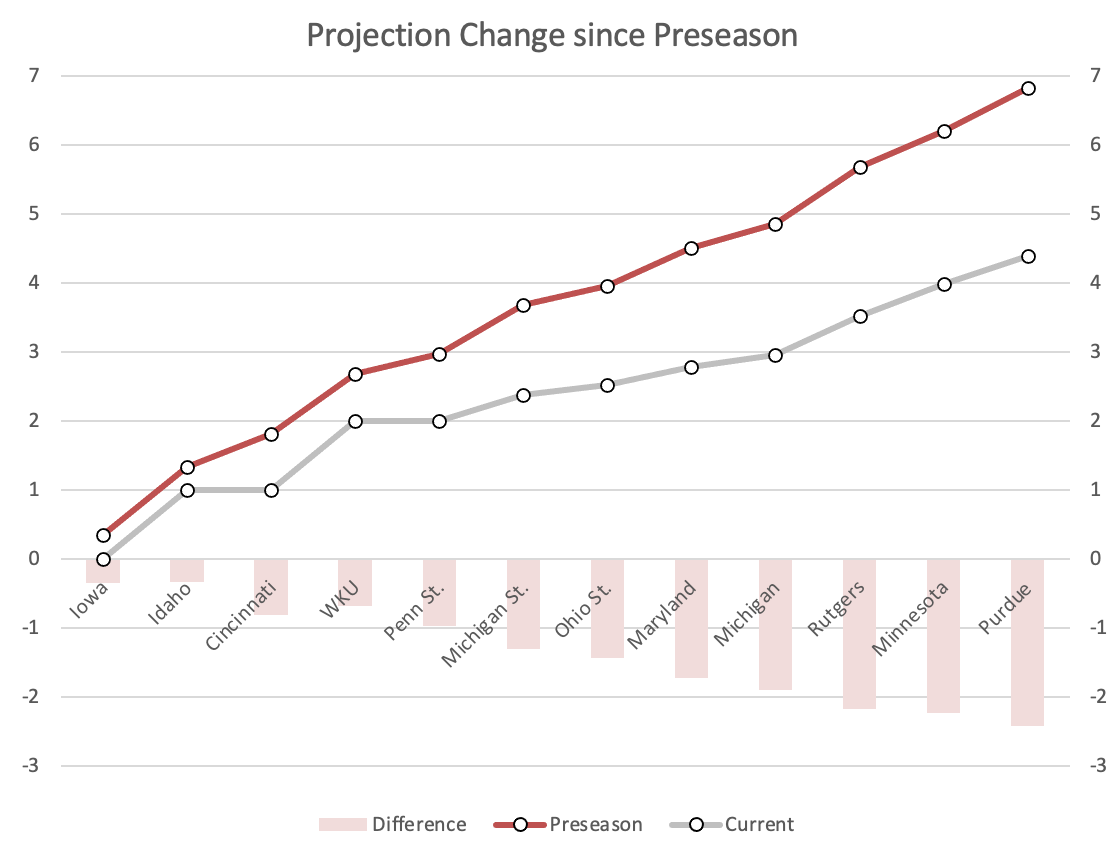 Using the preseason SP+, Indiana has lost 2.42 projected wins for the season. Of those, 0.97 wins have come from the actual results of the first 5 games. Indiana was projected to have 2.97 wins in their first 5 games, but obviously finished with 2. The biggest miss was against Cincinnati which gave Indiana a preseason win probability of 48%.

The other decrease of 1.45 projected wins comes from the final 7 games. Of that 1.45 decrease, about 0.27 wins are due to the decreased projection of Indiana’s team. The Hoosiers have certainly fallen short of preseason expectations, but even if we accounted for that lowered projection of Indiana and the opponents were projected just as they were in the preseason, Indiana would only be losing about a quarter win over the final 7 games.

The biggest change has to do with increased projections of Indiana’s opponents. Ohio State and Michigan were already projected to be great teams and the Wolverines have only improved. Their in-state rival, Michigan State, has had a big change in perception. Both Rutgers and Maryland have seen decent increases in projections. Only Minnesota has fallen from their lofty preseason SP+ projection of 17th. But they are still ranked well above where Indiana has fallen to.

But at least Indiana is ranking #1 in something this year!

Not great timing on that, PSU.

In terms of win probabilities going forward, Indiana is only favored against Rutgers although Minnesota and Purdue are both firmly in the toss-up camp. Michigan State and Maryland are both favorites, but not in an Ohio State or Michigan kind of way.

There’s a lot of football left to play. The defense has been generally holding their own. But coming into the bye 2-3 instead of 3-2 makes the margin for error very small.